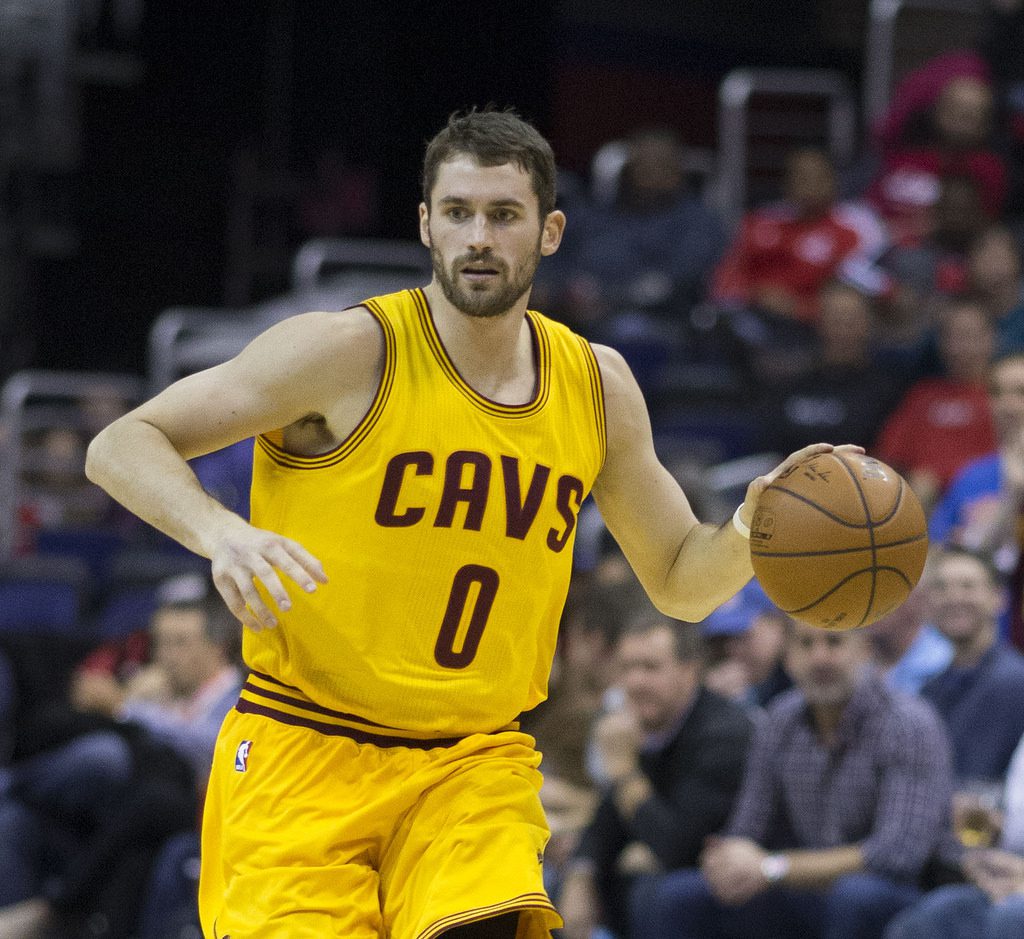 I usually don’t like to play the statistical comparison game, but it’s actually useful in this instance because it (sort of) disproves a certain popular narrative that came from last season.

Wanna take a guess who that one player was? Of course, someone could argue that those marks were specifically tailored to make a point that the statistical demise of Kevin Love has been overstated to a degree, because he still boasts one of the most bewilderingly impressive statistical resumes of any player in the NBA.

To that point I’d argue that if you skew the numbers I mentioned above to at least 14 points per game, 8 rebounds per game and 100 three pointers made, Love is still the only guy in that club. I couldn’t tell you whether this speaks more to Love’s 2014-15 season not being a horrible disappointment, or to his 2013-14 season being a complete anomaly over the course of NBA history. Seriously, Love averaged 26 and 12 and drilled 190 three pointers two seasons ago … that’s effing ridiculous!

Love won’t reach those astronomical numbers again, and if he posted something along the lines of 16 and 9 again this coming season it wouldn’t be a huge surprise, nor would it be as big of a letdown as a lot of people chose to believe. As I already mentioned, few players posted numbers that were similar to Love’s last season, and none of the guys that were in that class changed teams in the offseason and went from being the heavily used number one scoring option to the under-and-misused third scoring option.

The biggest problems with Love during the 2014-15 season were either already existing issues, like horrid half-court defense or lazy/borderline non-existent transition defense, or ones that dealt with the horrible misuse of his talents. The harsh drop in numbers weren’t due to a decline in his offensive game; they were due to a decline in touches, particularly touches close to the basket.

We know what Kevin Love is at this point; he’s a floor spacing four that can give opposing defenses fits if he’s used the right way. He’s an overqualified spot-up shooter and he’s overqualified to be a third option. However, if he’s used smartly and if he’s involved early and often in the offense, he’s someone that could put up 20 and 10 rather easily. He’s a minus-defender and rim protector, but he’s special enough as an offensive weapon that if you put a few good defenders around him it not a death blow.

The question remains whether Cleveland Cavaliers coach LeBron James David Blatt will find some more ways to utilize Love in the offense. If Kyrie Irving misses some time to start to season and Love is the unquestioned second option, it will be a good way to establish him in the offense early in the season, because it took plenty of time for Love to start to look comfortable last year. But once Cleveland is at full-strength they’ll need to continue to make Love a priority. Otherwise they’ll be selling Love, and themselves short.