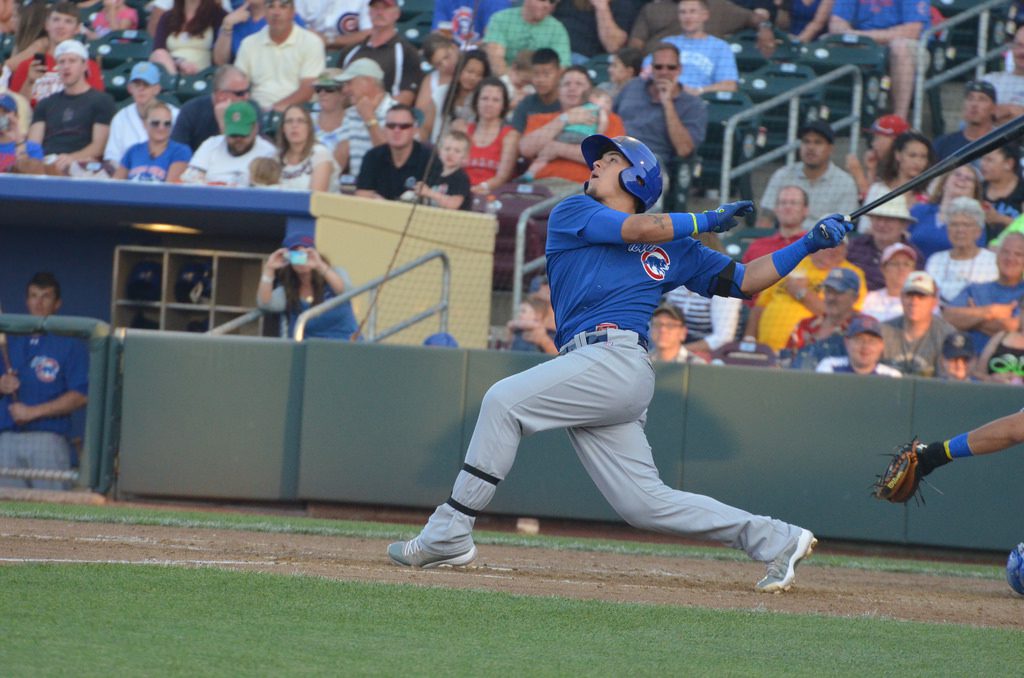 The St. Louis Cardinals were in a win-or-go-home situation Tuesday night as they came into Chicago down 2-1.

The Cardinals came out strong going up 2-0 after the first inning.  Early in the second, the Chicago Cubs took over and did what they have been doing all series, and that’s sending the ball in the stands. With the Cubs down 2-1, Javier Baez, hits a  home run, sending Kyle Schwarber and Jason Hammel in to score, giving the Cubs a 4-2 lead.

After three scoreless innings between both teams, the Cardinals respond by scoring two runs at the top of the sixth, to the tie the game up at 4-4.  In the bottom of the sixth, Anthony Rizzo, hits a solo home run off of Cardinals pitcher, Kevin Siegrist, to give the Cubs a 5-4 lead.

In the bottom of the seventh inning, Kyle Schwarber, is the first person up to bat and he did not disappoint.  Schwarber, hits a home run off Siegrist for his second run of the game, giving thew Cubs a 6-4 lead.  The Cubs held the Cardinals scoreless for the rest of the game, sending them to the NLCS for the first time since 2003.

After being down 1-0, the Cubs won three-straight games to knock of the team with the best record in the MLB.  The Cubs will now face the winner (tied 2-2) of the New York Mets/Los Angeles Dodgers series Saturday, October 17.