Coming off one of the best product in three-stripes history, Damian Lillard is going to open the 2015-2016 NBA season with the adidas D Lillard 1 in “Rip City” and “Road” editions — and these may be the best versions of the shoe that have been produced yet.

Instant takeaways: Both versions excel at incorporating the Portland Trail Blazers’ colors without making the shoe feel campy. The increased use of silver, which is scarely featured in the Blazers’ uniforms, makes the shoe pop and gives a sense of refinement next to the synthetic suede and leather of the Rip City and Road alike. Cutting back on the red helps, as does in the application of speckles on the midsole. Moreover, Rip City and Road make the D Lillard 1 look more handsome than it is in other iterations.

See more on them here, courtesy of our friends at adidas.

adidas unveiled all-new “Rip City” and “Road” editions of the D Lillard 1, rounding out Damian’s on-court rotation for the upcoming season.
Each colorway features ADIPRENE+ cushioning in the forefoot and SPRINTFRAME construction for enhanced stability and speed.
Rip City
The “Rip City” edition for home games features a primarily white upper with grey speckled detailing and perforation for added breathability and comfort. A two-tone speckled midsole and grey TECHFIT booty contrast black and red hits on the heel pull tab, lace system and D Lillard branding. The shoe also features a metallic finish to the tonal snakeprint heel cap and a callout to “Townbiz” on the outsole, which pays homage to his hometown of Oakland.
Road
The “Road” edition features a black upper combining a rich mix of materials with a synthetic leather toe cap and metallic treatment to the tonal snakeprint heel. A red and white speckled midsole compliments red accents on the TECHFIT booty and heel pull tab, while the grey midsole contrasts for a bold, clean look on the court. The colorway also gives a callout to “Townbiz” on the outsole. The D Lillard 1 “Rip City” drops October 23, and the “Road” edition November 13 at adidas.com, Foot Locker and Eastbay.
Join the conversation @adidashoops on Twitter and Instagram with #DLillard1. 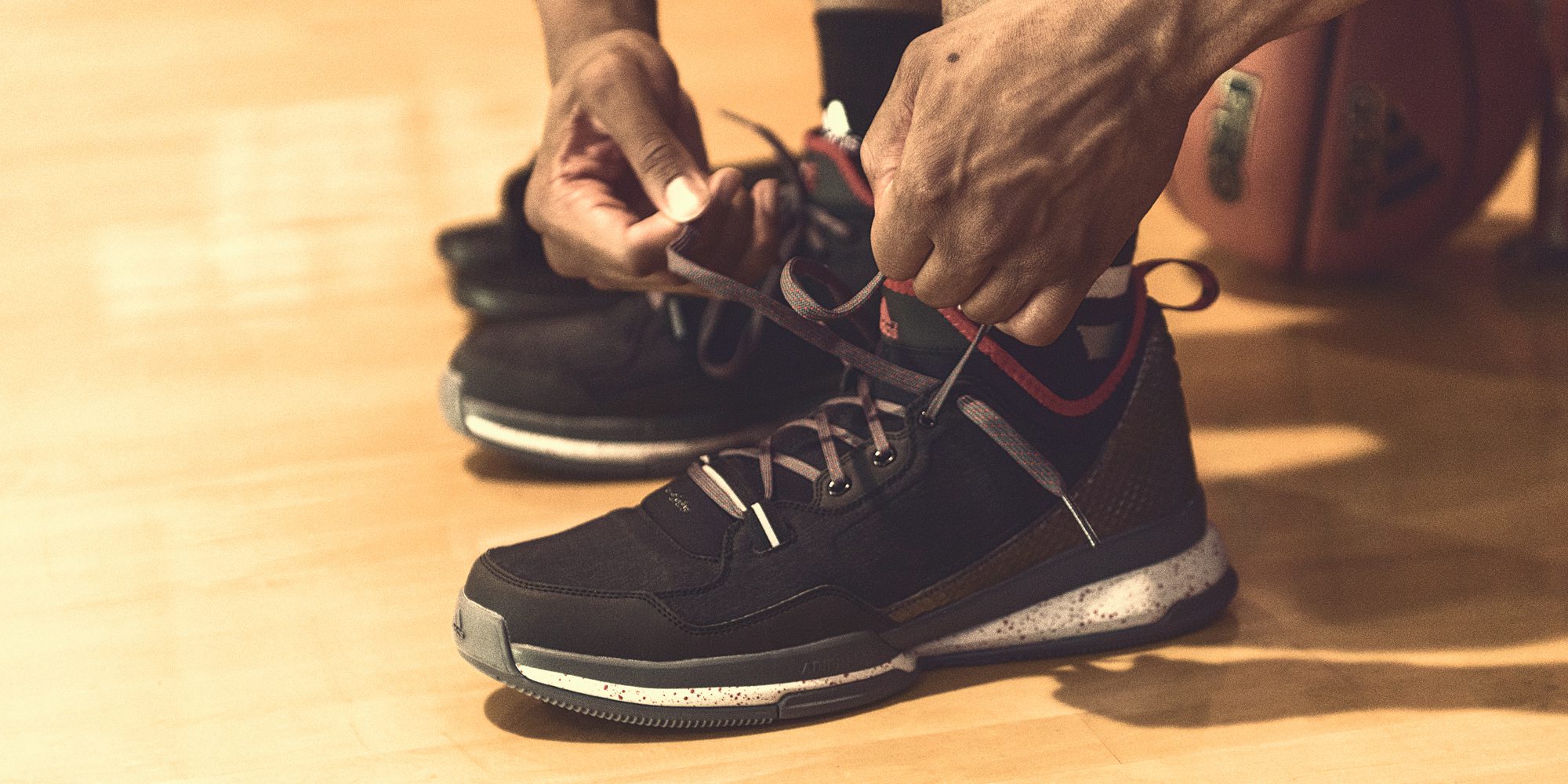 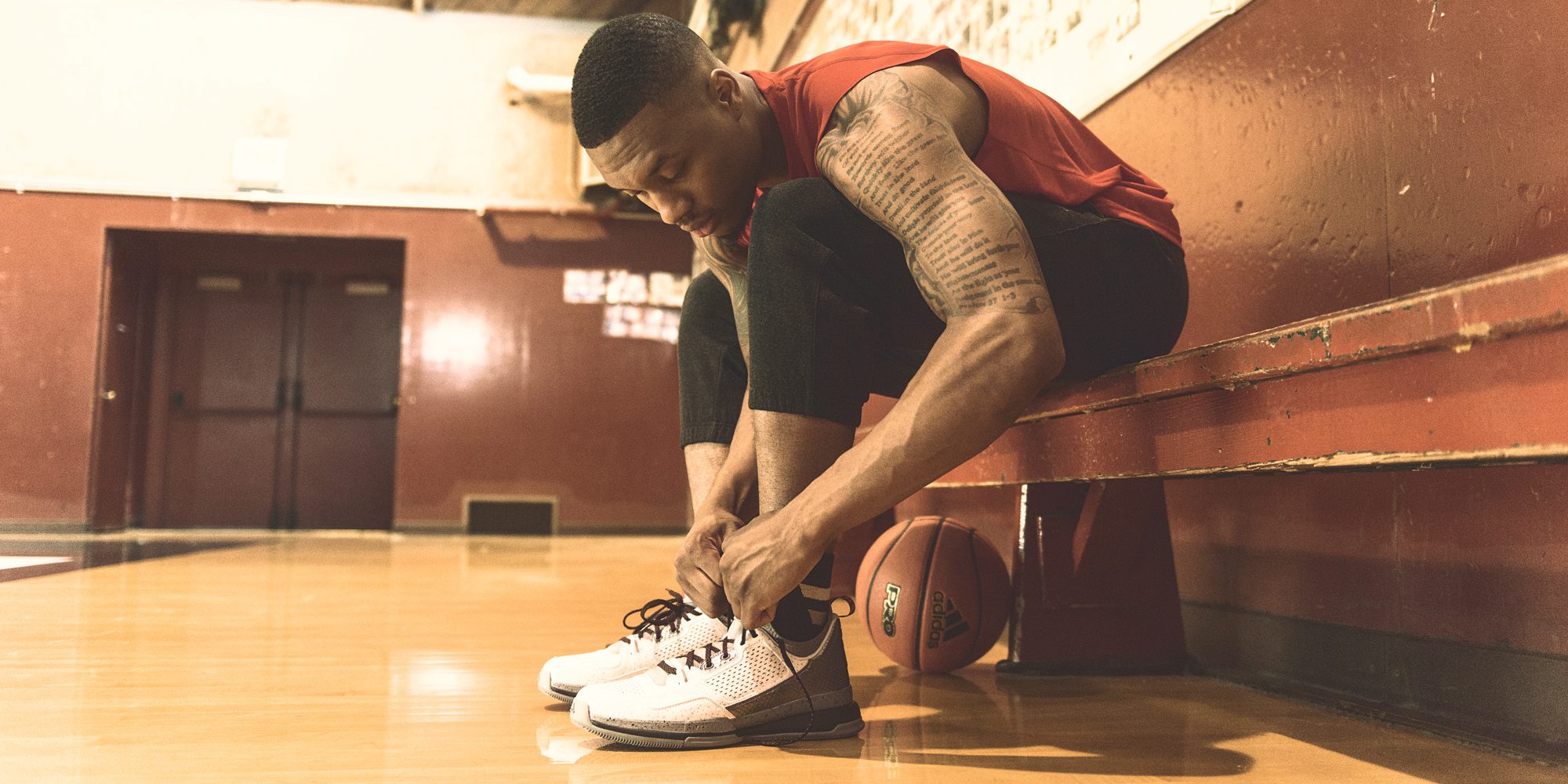