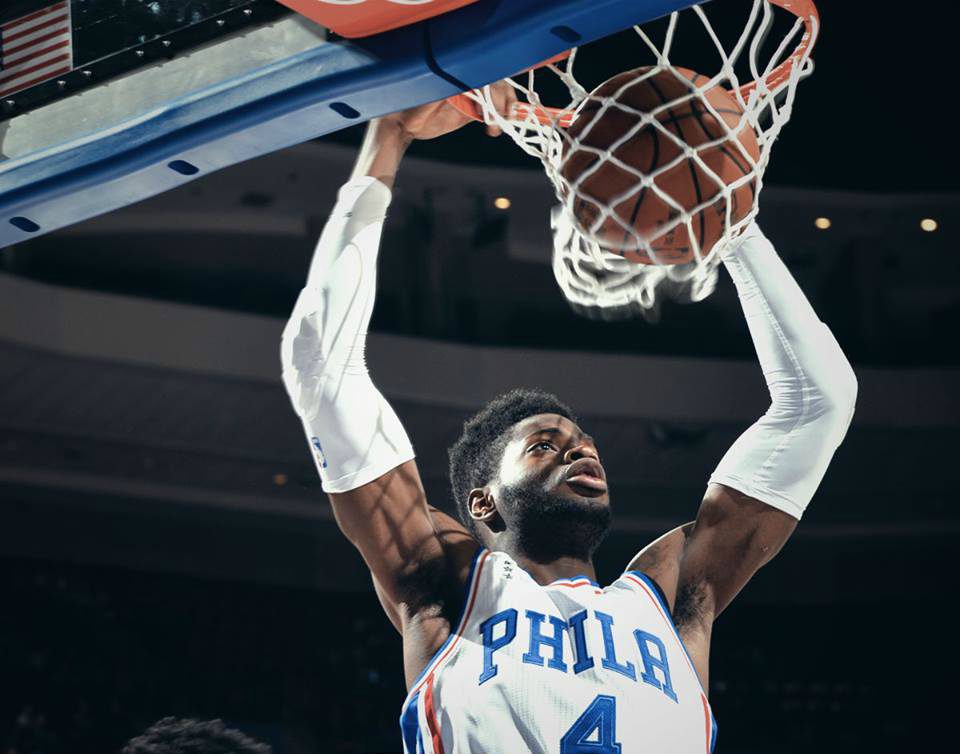 From the tip, the Sixers looked inept at being able to put the ball into the basket. Jahlil Okafor (10 points, 6 rebounds) and Nerlens Noel (8 points, 10 rebounds) combined to shoot 6-for-24 against Utah’s much stronger, more polished front court of Derrick Favors (20 points, 12 rebounds) and Rudy Gobert (8 points, 6 blocks, 11 rebounds). Along with his poor shooting, Okafor again proved to be a liability on the defensive end as his poor lateral quickness made him ineffective guarding the pick-and-roll. On countless occasions, Jazz guards, Trey Burke (10 points, 6 assists) and Rodney Hood (17 points), came off of picks to wide open jump shots, made possible by Okafor’s inability to switch. The Sixers were a minus-35 with Okafor in the game; a staggering statistic for the young Okafor who was always the most effective player on the court during his lone season at Duke.

As for 76ers point guards, things weren’t much better. Isaiah Cannan (10 points, 5 rebounds) missed eight of his nine shots, converting on only one of his six three-point attempts, and for the second straight game had more turnovers (4) than assists (2). Backup point guard, T.J. McConnell, registered only two points in 26 minutes of play and looked helpless in his attempt to stay in front of Utah’s speedy point guards. In defense of Cannan and McConnell, they compete and hustle from start to finish. Effort is never an issue with the two. Their problem is their inability to make plays. Both guards are wildly undersized, which reflect their inability to penetrate defenses and often explains why the majority of their shot attempts are from behind the arc. Their deficiencies as players validate the reason why the Sixers desperately need injured guards Tony Wroten and Kendall Marshall healthy and back in the rotation. Although both lack a consistent jump shot, their ability to penetrate defenses and get shooters open will be crucial in the Sixers attempt to find a steady offensive flow.

On a brighter note, the 76ers received decent scoring contributions from reserves Jerami Grant and Nic Stauskas, who led Philadelphia with 12 points, respectively. Stauskas, who is on a minutes restriction after missing the season opener with a bad back, displayed his ability to spread the floor, drilling two of his three long distance shots in 21 minutes of play. As he returns to full form, expect Stauskas to take on more of the scoring load, and given his ball-handling ability, it wouldn’t come as a surprise if head coach Brett Brown, allowed Stauskas to run the point on nights that Cannan and McConnell struggle.