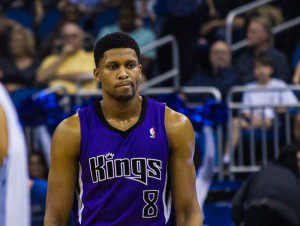 For the past nine years, the Sacramento Kings have been the best developmental organization in the league.

In the past seven years, the Kings have had the 4th, 5th, 7th, 5th, 7th, 8th, and 6th picks in the NBA Draft, respectively. All of these picks have resulted into just four players; Omri Casspi, DeMarcus Cousins, Ben McLemore, and Willie Cauley-Stein.

The Kings have been in a stalwart of searching for immediate success and having the patience to draft, develop, and play raw talent. Looking back, the Kings have never really been patient with anything.

The Kings had a coach in Mike Malone who began just last season 9-4. He was fired. Two years ago the Kings had a semi-reliable shooting guard in Marcus Thornton. He scored 16 on the Kings tonight. The Kings had Isaiah Thomas who is now averaging 23 points and 6 assists a game. He was sent to the Phoenix Suns in a sign-and-trade for the draft rights to center Alex Oriakhi, a second-round draft pick of the Suns in 2013, plus a $7 million trade exception.

The point isn’t to dwell on the past, but you would think that the Sacramento Kings would have at least learned from history at this point?

After shipping off a number of future assets in order to sign free agents, the Kings have never faced more pressure to win. A new arena is on the brink of groundbreaking and there are great things to look forward to if you are a fan of Sacramento basketball.

Tonight is a darker moment in the early start of the season. The Kings are now 1-5. This time, at the hand of the now 3-3 Houston Rockets.

Searching for an identity, the Kings are the largest variable in the entire league. Especially without DeMarcus Cousins.

The Kings don’t have one dependable offensive player, one defensive specialist, and are frequently finding themselves digging out of deficits.

A perfect example of this was the game tonight. The starters of the Kings were absolutely torched on both sides of the ball. Kosta Koufos was -32, Rudy gay was -23, and even Marco Belinelli was -23.

The Kings bench outscored the starters 70 to 40 and were the only reason the Kings were within six points of victory. This type of play is nothing that is sustainable for an entire season.

“You have good times and bad times, and right now we’re searching, but I think we are going to be just fine,” said point guard Darren Collison.

Collison has been a bright spot in the Kings rotation and should be a viable candidate to run the starting point guard position. Playing crucial late minutes tonight, Collison had the team involved and led the Kings on a 16-0 run capped off by a Seth Curry three-pointer.

The Kings were back within one and eventually fell down once again to trail by 11.

Without any competition, the Rockets were able to sustain this lead and down the Kings behind James Harden’s 43 points and 13 assists. Clint Capela finished with 13 points to go along with 12 rebounds.

Unsteady with the early results of a brutal schedule, George Karl is struggling to put together a winning lineup. “I’m sure there is frustration with everyone, for me it’s going be finding who is going to help us win the game,” said Karl.

The bottom line is the Kings need to figure it out.

There is no one individual to blame for this start. As a unit, the Kings have been poor shooters, unaccountable for defensive collapses, and simply just taken advantage of. These aren’t overnight changes but will be a true testament towards GM Valde Divac’s “changing in culture.”

The Kings need to be patient and believe in the talent and the system will eventually work. Expectations may blind the current struggles of this team. The players are still learning how to play together, and more importantly win together. This is the most talented team the Kings have had in a decade and now are faced with some challenges.

This is where rubber meets the road for not only the team, but also the organization. Will there be an emotionally driven front office move? Will the “win now,” mentality take over? Again? Or will this year be different? Will the Kings work through the issues? Could they identify their problems and buy into the new culture?

The next few weeks will be interesting for all Kings fans. The Kings schedule doesn’t immediately get easier and a 1-7 start is something very real. The Kings take on the Warriors in just 24 hours and have to face the San Antonio Spurs on Monday.