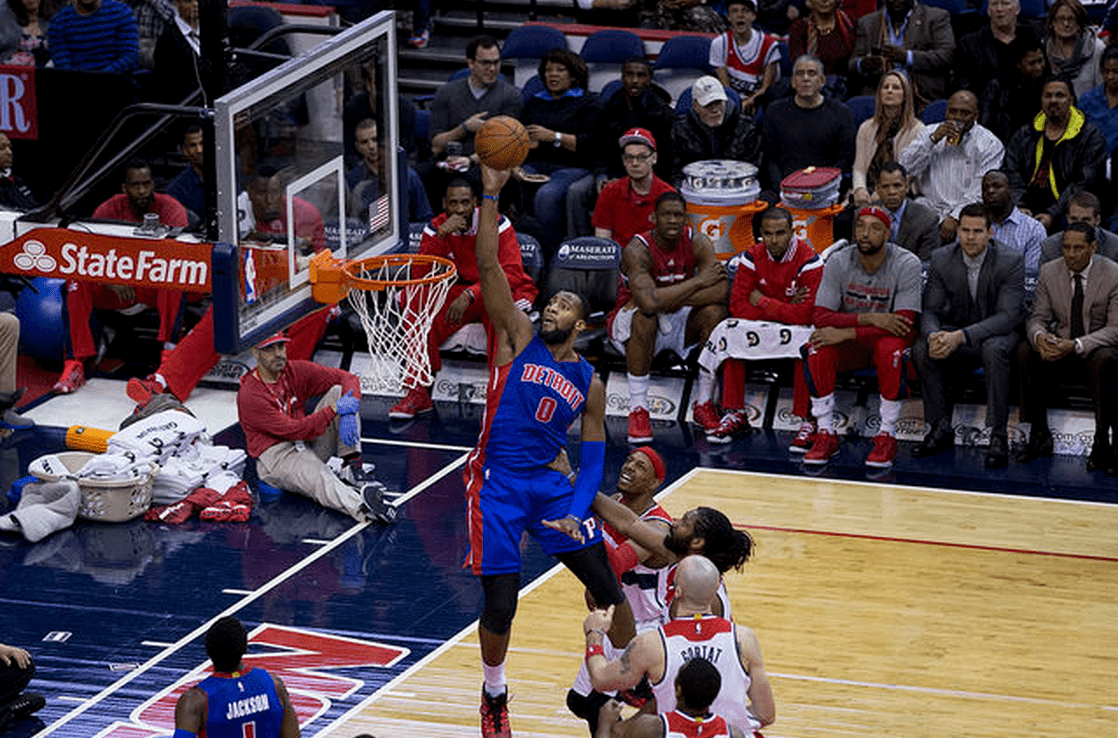 Looking at the current state of basketball, you would think that the traditional center was a thing of the past. Growing up, I had the pleasure of watching the likes of Patrick Ewing and Hakeem Olajuwon roam the paint in the early nineties. Building around a big man was how you built a team back then. No matter how important Michael Jordan and scoring guards were at the time, ask a GM back then who they would pick to start a franchise, and a center would’ve been named first.

Last season marked the beginning of what many felt was the devaluing of the center. Like the running back position in the NFL, the center was being phased out thanks to new offenses and new rules.

Rules today lean more toward the players on the perimeter and against those big guys in the paint. To survive as a center in today’s NBA, chances are you will more resemble a power forward in the mold of Kevin Garnett than Shaquille O’Neal.

Watching the Golden State Warriors win the Larry O’Brien Trophy last season after effectively dumping their big man, Andrew Bogut early in the Finals due to foul trouble and lack of offensive output basically put the finishing touches on a painting that was just about done.

As the Warriors celebrated a win, many traditional centers were wondering if they saw their careers become extinct?

All that makes Andre Drummond‘s elevated play that much more important. He can be the exception to the rule, that actually changes the rules. Again.

As big men get pushed more and more to the perimeter, Drummond has made a living over the last three years destroying everything that came inside.

Right now, Drummond is averaging anow astounding 19 points and 19 rebounds a game! The Pistons are off to a 5-2 mark thanks to his evolution.

Coming into the league out of the University of Connecticut, there were a lot of question about who he was as a player.

Drummond was one of the top players in his high school class. This is a class that included Anthony Davis and Bradley Beal.

He came to UCONN a sure-fire one-and-done player, but his freshman year was more of a learning experience than he thought. Andre would go on to average 10 points, 7 rebounds, and 2 blocks per game, but his season brought up more questions about his desire to win. His last game with the Huskies, Drummond scored two points in a first-round loss in the NCAA Men’s Basketball Tournament to Iowa State.

His sheer ability and potential had him mentioned everywhere from No. 1 to No. 5 on draft boards back in 2012.

He ended up falling all the way to No. 9 overall. That’s where the Detroit Pistons picked him up. Paired with Greg Monroe.  Andre was set to be part of a new core of players that would bring a championship back to Auburn Hills.

Like college, his first season in the pros was a learning year. He would flash the strength, speed, and agility that made some scouts foam at the mouth. There were also too many times he deflected to Monroe on the block when it came to scoring and faded at times on defense.

The addition of Josh Smith and Brandon Jennings was supposed to boost the Pistons back to prominence. Instead, it created a logjam on offense with a majority of the touches going between Jennings, Smith, and Monroe.

While Smith was jacking up jumpers and fighting for touches with Monroe, Drummond collected the scraps. Averaging a double-double, it still looked as if Drummond wasn’t close to reaching his full potential in the post.

Then, an off-season that saw Greg Monore take his talents to Milwaukee led to the post belonging firmly in the hands of Drummond. With Josh Smith throwing up shots in Los Angeles and Monroe manning the block in Milwaukee, the paint in Detroit is all Drummond’s alone to roam. This season, he’s not only showing that letting Greg Monore walk was a great decision by the Piston’s brass, but Andre Drummond might be just signify the resurgence of the center position.

Granted, it’s early in the season, but Drummond is looking like one of the best players in the league. His stat lines look like video-game numbers. His 26 point, 29 rebound, 3 block night against the Portland Trail Blazers opened the eyes of many to his all-around talent.

Andre was always a threat to get you double-digit rebounds and multiple blocks, but it was his ability to score against other bigs that left him a notch below other elite players in the game.

Now that he is the lone force in the paint in Detroit, he’s getting more touches which are turning into more points. He’s flashed signs of a jump hook and some post moves to go along with his sheer strength and speed. Plainly, he has become a matchup nightmare.

His dominance should be something that the rest of the league takes notice of, especially on the offensive side.

During last year’s Finals, the Warriors were able to play off the Cavs’ Timofey Mozgov because he wasn’t a threat to score. He also  couldn’t keep up with the smaller and faster Draymond Green. The same could be said for Andrew Bogut. His defensive ineffectiveness against the smaller lineup forced him to the Warriors bench.

Insert someone like Andre Drummond who has the speed and athleticism to matchup well against a smaller lineup. Standing at 6’11, Drummond can keep up with small and power forwards from the rim to around 12 feet out and hold his own. When it comes to the paint, his agility and foot-work allow him to move side-to-side with ease without getting into foul trouble all while collecting blocks and deflecting shots.

Now, take a look at him on offense. If playing against a smaller lineup, his new scoring ability makes it hard to allow anyone to fade off on him. You have to be aware of Andre at all times. With Reggie Jackson, Stanley Johnson, and Ersan Ilyasova flourishing, and Brandon Jennings coming back to the fold soon, the Pistons could be a tough team to play this year.

Drummond’s flash of brilliance should be a warning sign for the rest of the league. Phasing out the big man in favor of smaller lineups might be a fad that’s on the brink of dying out, as Andre appears to be on the path to dominance and there doesn’t seem to be anything in his way to stop him.

Right now, Andre Drummond is the talk of league. The season is early and he has yet to play a series of All-Star quality post players, but you can’t deny what you’re seeing.

This a great story that could end up being a dream come true for the Pistons and their fans. It could also become a nightmare for the rest of the league. Either way, it will be fun to watch.