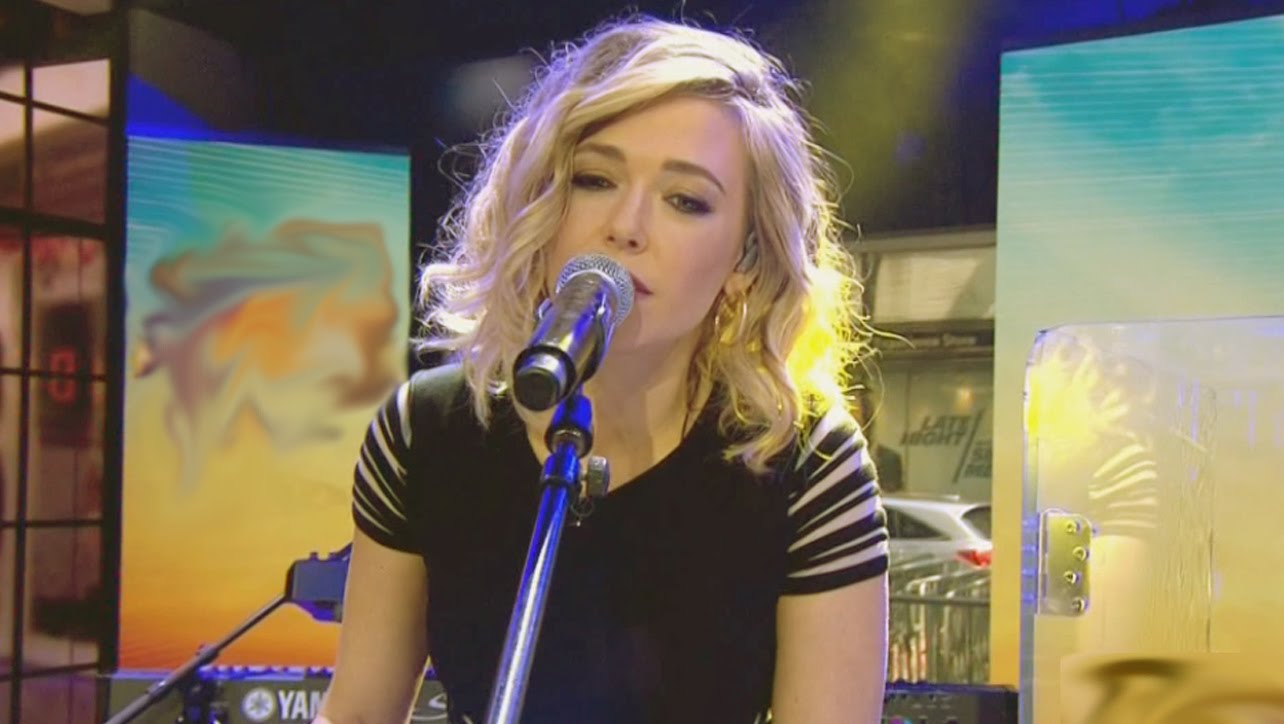 Image courtesy of the “Fight Song live by Rachel Platten with interview” video posted on YouTube.

Rachel Platten busted onto the scene with “Fight Song,” an uplifting tune that’s music video currently has around 90 million views. Platten is mostly known for this track. Of late, she dropped “Stand By You” in what’s also being considered one of her top songs. Platten now has a music video to accompany her newest hit.

If you’ve ever heard “Stand By You,” the video is probably exactly what you envisioned it to be. Rain drops, waves, and blindingly white outfits all make their share of appearances. The best part is toward the end when Platten leads a dance with religious gusto and clapping hands.

What’s interesting about Platten is that she’s much older than many fans would assume. At 34-years-old and only achieving major success roughly a year ago, it’s clear Platten isn’t the instant story of YouTube fame or being randomly discovered by a celebrity during an opportune time.

Nevertheless, Platten’s career now has plenty of momentum and her fan base is growing. Point being, she has reason to clap hands with a group of strangers for the sake of experiencing pure joy. If you watch this video enough times, you might start clapping your hands, too.