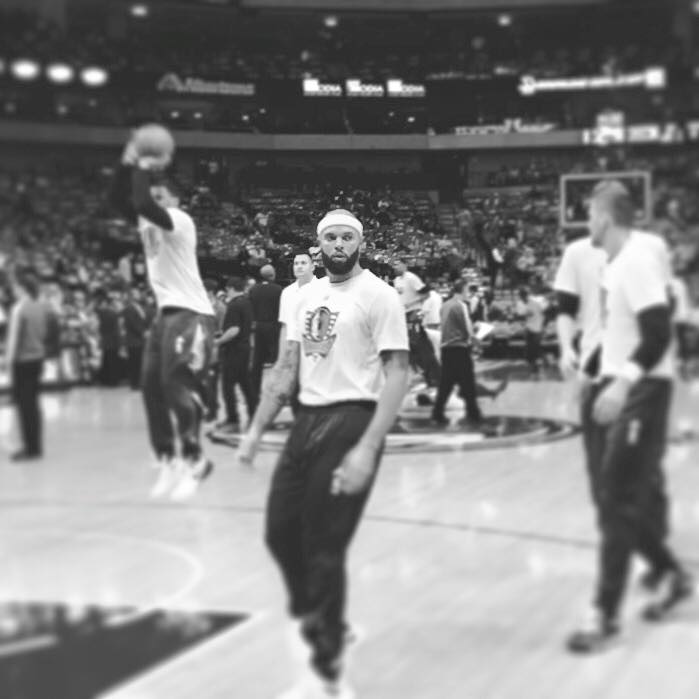 WELL, THAT GAME TOTALLY ROCKED AND WAS SO DOUCHE-TACTICALLY AWESOME THAT CAPS LOCK AND MADE UP WORDS WAS REQUIRED TO COMPOSE THIS SENTENCE AND YOU KNOW IT.

It started as a serge of panic in the form of a Bleacher Report update on the starting line up of the Dallas Mavericks on Saturday afternoon: Stars Dirk Nowitzki, Chandler Parsons, and Wesley Matthews would be taking the night off due to rest and Deron Williams, Raymond Felton, Charlie Villanueva, Zaza Pachulia, and rookie Justin Anderson would be the starting.

Yes, you read that right. Felton, D-Will, a guy with the nickname Simba, Charlie V, and the center who was once considered the consolation prize in the DeAndre Jordan cluster f…mess, started against the Houston Rockets, the same team that Holly Holm’ed the Mavs out of the first round of the 2014-15 playoffs (oh god, it pains me not to say “Ronda Rousey’ed”).

My, have times changed.

Right from the get-go, the feeble Rockets looked more like Bambi’s mom than an NBA team as Villanueva opened up the game with a three, and it didn’t get much better for them from there.

During their 110-98 victory over Houston, a few bench stars glittered in the massive Texas sky Saturday night, but one in particular glowed like the damn sun: Felton. As the Rockets looked to mount a fourth quarter come-back in the final minutes of the game, it was the veteran point guard who shut them down by delivering seven consecutive points before dancing toward Dallas’ bench. Felton closed the game with 23 points total.

The Mavs were up by as much as 26 points during the second quarter when the Houston home crowd started booing as James Harden started out 0-for-11 from the field.

With two days rest, the starters are looking to add to the dynamic when they return against the Philadelphia 76ers on Monday.