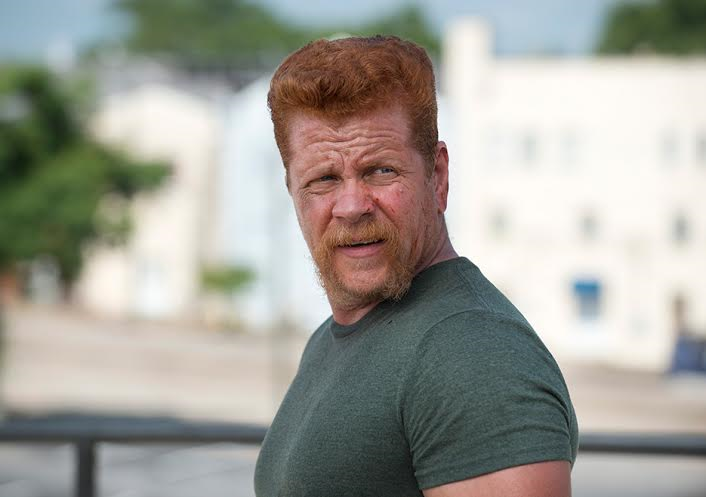 The best part about this week’s episode of The Walking Dead was that I actually got to watch it on Sunday night. My new cable provider is useless and doesn’t carry AMC. Therefore, I am forced to watch it online on Monday and must spend my Sunday nights diligently avoiding social media spoilers. So shout out to my friend, Kelsey, for letting me mooch off her cable and actually write this on time for once!

The Kill Count for this week looks a little different, so let’s check it out:

Daryl FINALLY moved himself out of last place, but unfortunately is still near the bottom of the list. He didn’t see as much action this episode as I hoped he would, but that’s alright. Even a little Daryl is better than no Daryl on The Walking Dead.

It was implied that Sasha and Abraham each got a kill on their random attackers, so I went ahead and counted those just so there was some more change to the Kill Count. This was Sasha’s first kill, but I foresee her getting more, so she made it on the list even though she wasn’t previously.

Sasha was actually one of the characters heavily focused on in this episode of The Walking Dead, but that storyline is a little weak and unnecessary. It’s definitely interesting having a romantic relationship developing between Abraham and Sasha, but it didn’t deserve half of the screen time of the episode. They are both supporting characters for the most part, and their interaction just wasn’t compelling enough for me to be excited about what’s to come for them.

All that being said, there was still some entertaining stuff that came from Abraham and Sasha getting screen time. Well, mostly thanks to Abraham because he’s fantastic. Abraham, while out on patrol along with his mustache, finds the only things that could make him more manly than he already is: Some RPG’s and a box full of big-ass cigars.

If anything could propel him into the top spot of most bad-ass character on The Walking Dead these items would be it. Unfortunately, this is impossible while Rick and Daryl still walk among the living. Abraham also had some of the better quotes we’ve gotten from The Walking Dead in awhile, and here are a couple of my favorites:

“I’ve been feeling the urge to make some plays before the great cosmic Pete comes to cut my throat unceremoniously and I gurgle my last breath.”

I’m a big fan of finding great quotes in books, movies, and television, and Abraham is a The Walking Dead character that is always full of great ones. That, and his mustache, are why he will always be one of my favorite characters.

Now, we come to someone who won’t be delivering a sonnet anytime soon, but can definitely wield a crossbow with the best of them. Daryl was another staple of this episode of The Walking Dead and his part of the story was much more compelling. After being ambushed by random attackers, Daryl is separated from Sasha and Abraham and must fend for himself in the woods.

Luckily, this is Daryl’s expertise and he couldn’t possibly be taken by surprise here, right? Wrong. He manages to get knocked out by a skinny blonde dude because he was distracted by two young ladies. Come on, Daryl, not getting snuck up on and hit with a stick 101 says never trust two young ladies alone in the woods.

Alas, he gets tied up and must be a prisoner to these newcomers. This doesn’t last long, however, as he gets free after one of the girls passes out and he runs away with all of their stuff. Once good guy Daryl realizes he stole the girls insulin, though, he goes back to return it to her. Pointless, because she gets eaten by walkers soon after he returns.

Everything seemed acceptable between Daryl and his new friends, but something seemed fishy to the audience. While watching The Walking Dead I take notes so that I can write about it later on, obviously. After just having finished writing down “I don’t trust Daryl’s new friends,” they pulled the gun on him and stole his motorcycle. I swear, that happened, and I called it. You can’t prove otherwise.

Daryl almost had himself in the running for a “most creative kill” award when he distracted one of the new bad guys by whistling and leading him to be bitten by a walker trapped by a boulder. However, the guy’s friend managed to chop his arm off for him so the infection wouldn’t spread. Almost had him, Daryl. Almost.

With the recent casting of Jeffrey Dean Morgan as a major villain for this and next season of The Walking Dead, it’s safe to say that we will be seeing more from these random attackers in the future. I’m excited for our characters to have a viable bad guy to contend with again. This could change the show’s trajectory, or at least offer some quality conflicts.

Finally, I would like to mention my excitement at a possible Glenn appearance in this week’s episode of The Walking Dead. We didn’t get to see his beautiful face, but Daryl picks up a voice on his walkie-talkie calling for help. My prediction is that this is Glenn because his voice didn’t sound like anybody from Alexandria, and it also sounded seriously distressed which Glenn, presumably, is. Let’s hope Glenn is still alive and Daryl gets to be his knight in shining armor, while also upping that kill count.

One more prediction I would like to make, because it’s fun to be right, is that the new fancy fuel truck that Daryl found, and the RPG’s that Abraham found, are going to meet at some point and it is not going to be pretty. Either a load of walkers, or a group of Alexandrians are going to end up sky high because of those new toys.

The Walking Dead just keeps improving, and even in an episode that had a largely undesirable storyline, I’m still hooked, and still in love. This season is only going to get better, and I’m just happy to be along for the ride. Unlike Daryl, who can no longer ride anything. Poor guy.