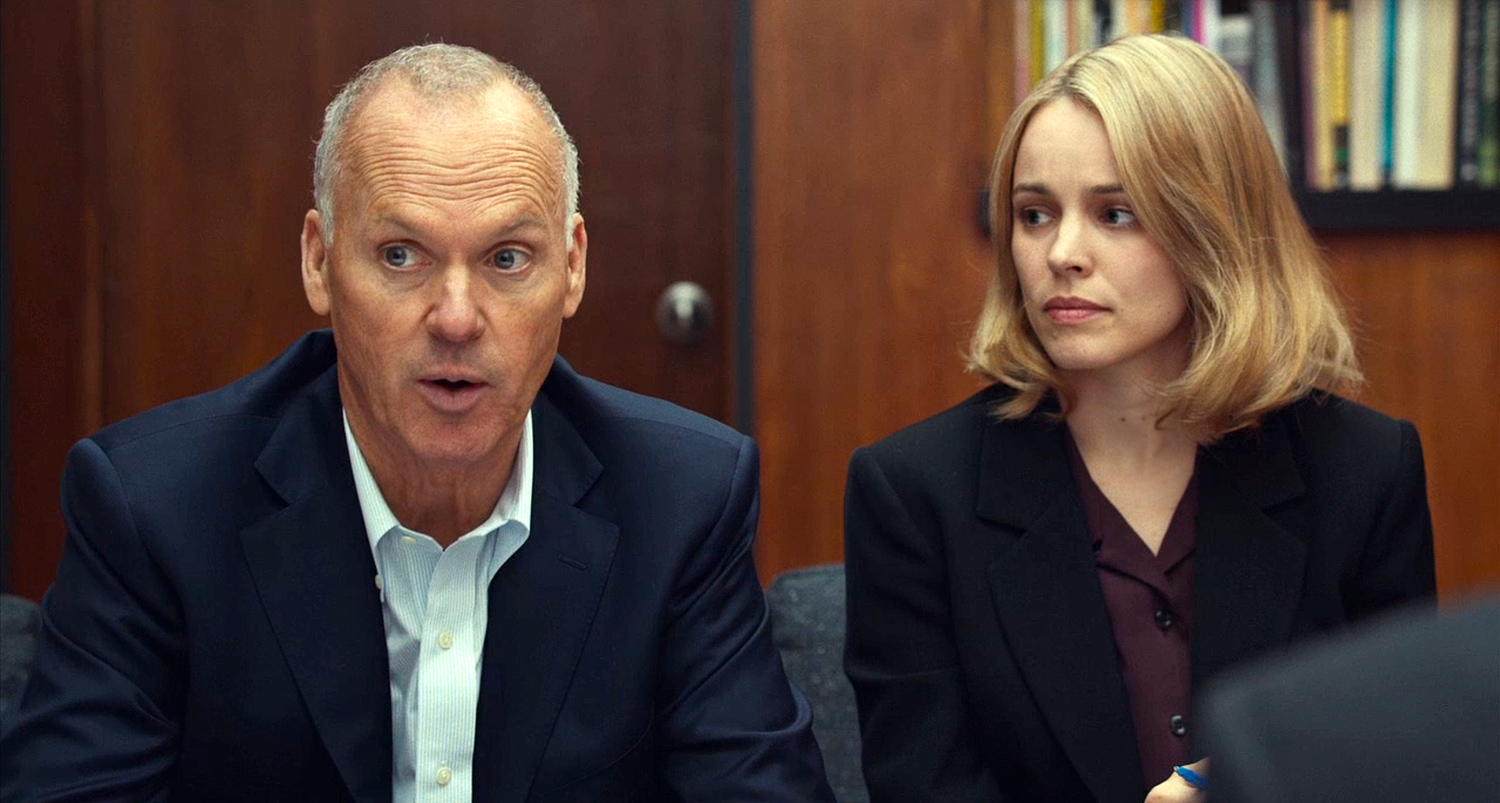 Spotlight should be regarded as one of 2015’s top movies. Starring a dream cast of Michael Keaton, Mark Ruffalo, Rachel McAdams, Liev Schreiber, and others, Spotlight‘s scope covers multiple Boston Globe reporters who helped break the story of widespread sexual abuse going on in the Catholic Church. The movie’s title refers to the investigative team of Keaton, Ruffalo, McAdams, and Brian d’Arcy James. Deservedly, the real life team received the 2003 Pulitzer Price for Public Service because of their reporting.

Movie screens have covered the Catholic Church’s sex abuse scandal in the past. Deliver Us From Evil and Mea Maxima Culpa: Silence in the House of God are profound documentaries recommended to anyone interested in the troubling subject. However, knowledge about the issue was brought into focus by the characters based in Spotlight. The movie comes here in 2015, the original story was made national during the early-2000s.

In Spotlight, deep interest in sexual abuse going hidden within the Catholic Church spawns from Schreiber’s character, Marty Baron. With Keaton as Robby Robinson, Ruffalo as Michael Rezendes, McAdams as Sacha Pfeiffer, and d’Arcy James as Matt Carroll, the team is in place to investigate Baron’s point of inquiry. They first believe the cover up situation is specific to Massachusetts. Once the digging begins, it becomes clear that powerful men within the Catholic Church, men spawning across the United States and even internationally, are involved in a deeply rooted institutionalized burying of sexual abuse committed by priests.

An important character is played by Billy Crudup, attorney Eric MacLeish. By the time the Spotlight team reaches him, MacLeish had already settled countless cases of sexual abuse accusations against priests. These were not criminal matters resolved in court, rather, they were handled internally by higher-ups within the Catholic Church. As Rezendes and the rest of his coworkers uncover disturbing secrets, they realize predators of children aren’t being thrown behind bars or removed from the Catholic Church. Instead, they’re simply being moved to different parishes.

Other players in Spotlight‘s gripping tale of institutional abuse are embodied by Stanley Tucci and John Slattery. Tucci is phenomenal as attorney Mitchell Garabedian, a law figure on the opposite end of MacLeish. Garabedian and Rezendes form a bond of sorts due to the persistence of Ruffalo’s character. Rezendes is able to learn that critical files relevant to the cover up are available to the public, a realization that only occurs with the help of the admirable lawyer. Slattery, meanwhile, shines as Ben Bradlee Jr. with the rest of the cast who make this Boston Globe group come to life.

The saddest moments of Spotlight are the adult survivors of sexual abuse revealing the horrors they experienced in childhood to the reporters. Most these predatory priests attacked fatherless or otherwise vulnerable children from low-income areas. That devilish violation combines with how many of these families viewed a typical priest. They were seen as those close to God, those capable of helping. With the aide of the Catholic Church, these abusers, some who raped over one hundred children, committed their atrocities and went unpunished.

That is, until the Spotlight team broke the story. Their investigative work details how priests were moved to different locations, sent to treatment centers, and viewed as good but fallen men rather than dangerous abusers of children. What Spotlight details with most indicting precision is how a religion, or how an institution, sacrifices its credibility and morality when it places group preservation over those being victimized. More simply stated, the Catholic Church discarded sexual abuse victims and opted to protect predators solely because those predators were important to the institution.

That trade is one all movie watchers should witness regardless of religious affiliation. Spotlight is the top movie I’ve seen in 2015, and the most powerful. Every performance is spot on. Beyond the acting, Spotlight avoids excessively praising its heroes or demonizing its villains. The audience can already see who stands where without being beaten over the head with what’s assumed. The villains of Spotlight are true personifications of horror – absolutely pitiful individuals who prey on children – but Spotlight wisely decides to also spend time showing the inner workings of quality reporting, and the tragic consequences an abused child brings into adulthood. The end result is a profound movie that’s structured in a masterful and realistic way.