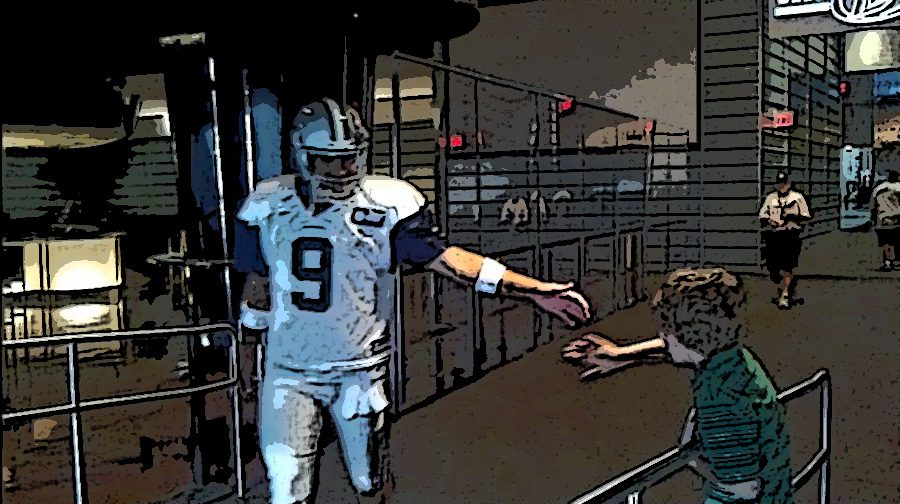 No more extended introduction paragraphs. No more gimmicky columns. No more bold predictions or made up rules of picking football games. I went 7-7 last week and I’m convinced it’s because there was just too much fluff. No more fluff. Let’s get to the picks.

Do yourselves a favor … only watch this game until about 10:30 pm EST, and then tune in to TNT to see if the Golden State Warriors can improve their record to 13-0 as the face their arch rival, the Los Angeles Clippers. You’re welcome for the free advice.

Oakland and St. Louis are on the outside looking in for Playoff spots, only there are probably too many quality teams ahead of them for either to make a drastic move up the standings. The Ravens and the Lions would be better off losing from here on out, only it kind of feels like they are either too frisky (Baltimore) or too unlucky (Detroit) to end the season on a skid that would result in the #1 pick. I talked about this rule last week (it didn’t work out so well, but let’s run it back): Sometimes, it just makes sense to pick the better football team.

I called it a few weeks ago in my bold predictions column: The Houston Texans would win the AFC South. It seemed logical to me considering Andrew Luck could possibly be sidelined for over a month. After making that prediction, it would have been equally logical to pick Houston to get a win on Monday night over Cincinnati, but I found myself gun shy. Now, I’m no longer going to be hesitant. The defense finally performed as advertised (and I can’t imagine that the “Amish Rifle” will have a better time against J.J. Watt and the Texans defense than the “Red Rifle” did), and there is just enough there on offense that they have to be considered the favorite to win the division, and their position only improves if Atlanta can get back on track at home after a bye week.

HERE. WE. COME! I never had a doubt! Let’s go Bears! Bear Down! #PlayoffBound

Of course, my beloved, and the suddenly surging Chicago Bears are going to need a ton of help moving forward if they are indeed #PlayoffBound. Either Atlanta or Green Bay need to remain in their downward spiral, and all of these 4-5 teams that are bunched together in the middle of the NFC need to beat each other up. It starts with Tampa Bay and Philadelphia. The Bucs and the Bears have a Week 16 matchup in Tampa Bay, a dangerous game for Chicago, one that would worry me more than a game against Philadelphia. Just looking at this game from an unbiased perspective, the eye test tells me the Bucs are better. I don’t trust Mark Sanchez, I don’t trust Chip Kelly, and maybe I’m crazy, but I do trust Jameis Winston. I don’t trust him enough to leave him unattended in the seafood section at a grocery store … but I do trust him to lead an NFL team.

At work the other day I had a Dallas Cowboys fan tell me that the Cowboys would still be 2-7 even if Tony Romo hadn’t gotten hurt. I told him to GTFO and get his head checked. That’s a lie. Actually, I gave him a courtesy nod, sold him a Dez Bryant jersey and then made note of that encounter because after everything that Romo has done over the last decade, it still astounds me that people don’t realize just how good he is at football (for clarification, he’s very good at football), just how valuable he is (he should have won the MVP last year, and his MVP case is, in a roundabout way, just as strong this year), and just how clutch he’s been, even though the popular knock on Tony Romo is that he isn’t clutch (let’s just put it this way: from 2007 to now, what quarterbacks would you have wanted more to lead a game-winning drive with your life on the line than Romo … Tom Brady, peak Peyton Manning, Ben Roethlisberger, Aaron Rodgers, maybe Eli Manning and maybe Drew Brees. At worst, Romo is sixth. You could honestly talk me into fourth though).

With all of that said, Romo is back this week and the Cowboys push towards the Playoffs is inevitable. The NFC East is still, improbably, up for grabs, and even though I’ve gone on record saying that the New York Giants will represent the NFC in the Super Bowl, it’s hard to imagine those inconsistent Giants running away with the division. Romo’s return might be just enough for the Cowboys to make a late season push.

I mean, Carolina’s got to lose one of these weeks, right? They aren’t really going to be the last undefeated team this year, are they? Look, here’s what we know: they have yet to really lay the smack down on anybody yet, so that might be Washington’s fate this week, but then again, there is still the lingering feeling that the Panthers are at least a teensie-weensie bit fraudulent; after all, they haven’t laid the smack down on anybody yet. This will probably be an ongoing theme for the rest of the season, but I’m still waiting to decide how I feel about the undefeated Carolina Panthers.

Thank God for that Green Bay and Minnesota game being moved from 1 o’clock to 4 o’clock, otherwise I probably would have taken a pass on these late afternoon games and watched extended coverage for WWE’s Survivor Series. Seattle at home feels like a gimme, even though their season might effectively be over, and Kansas City might be that “Get’s Hot At The Right Time” Team that comes out of nowhere and steals a Playoff spot (Really, that last Wild Card spot is probably coming down to KC, Buffalo, New York and Oakland; only one of those four is grabbing a Wild Card spot, alongside Pittsburgh).

As for the Green Bay over Minnesota pick … look, I’ve seen this movie before, and it’s baffling me how so many others have too only they either have forgotten it or are just ignoring it. The Green Bay Packers have Aaron Rodgers, a quarterbacking savant who, as I once described it in the past, has a tendency of ripping your heart out of your ass if you are a fan of a team who is playing his team. Vikings fans, I know we don’t always get along too well, but I just want to extend a friendly warning … don’t go into this game too confident.

For the record, regardless of the result of Cincinnati’s game on Monday Night Football, Arizona was going to be my pick in this flexed Sunday Night Football Game. It made things a lot clearer after Cincinnati was defeated, pretty handedly, by the TJ Yates, Brian Hoyer, Jonathan Grimes and Alfred Blue foursome. So maybe Houston’s defense had a little bit to do with that outcome, but that doesn’t bode well for the Bengals. Arizona’s defense has just as many playmakers and All-Pro’s, if not more, than the Texans defense does, and the Cards have been lights out at home over the last two and a half years (16-4 in their last 20 home games).

As a quick, and semi-related aside, allow me to toss out a few thoughts on the power hierarchy in the league, since after all, we are just a month and a half away from the postseason. The way I see it, there are four distinct groups of teams:

The Potential Playoff Teams: Jacksonville Jaguars/Houston Texans/Indianapolis Colts (Don’t ya just love the AFC South), Miami Dolphins, Oakland Raiders, Kansas City Chiefs, New York Jets, Buffalo Bills, Denver Broncos (Are we sure that Denver’s offense won’t yak a postseason berth away?), Dallas Cowboys (Because Romo is back), Chicago Bears, Philadelphia Eagles, Washington Redskins, St. Louis Rams, Tampa Bay Buccaneers, Washington Redskins, Atlanta Falcons (The reason why all of the aforementioned 4-5 NFC teams are included is because I don’t trust Atlanta), New York Giants (Honestly, they are kept from lock status because, as was the case with Dallas, Romo is back)

The fourth group: the New England Patriots. They lost their third down back and their best wide receiver (Dion Lewis and Julian Edelman, respectively) but they have the best quarterback and the best coach in the league (Tom Brady and Bill Belichick, respectively). This is your Super Bowl favorite … for the time being.