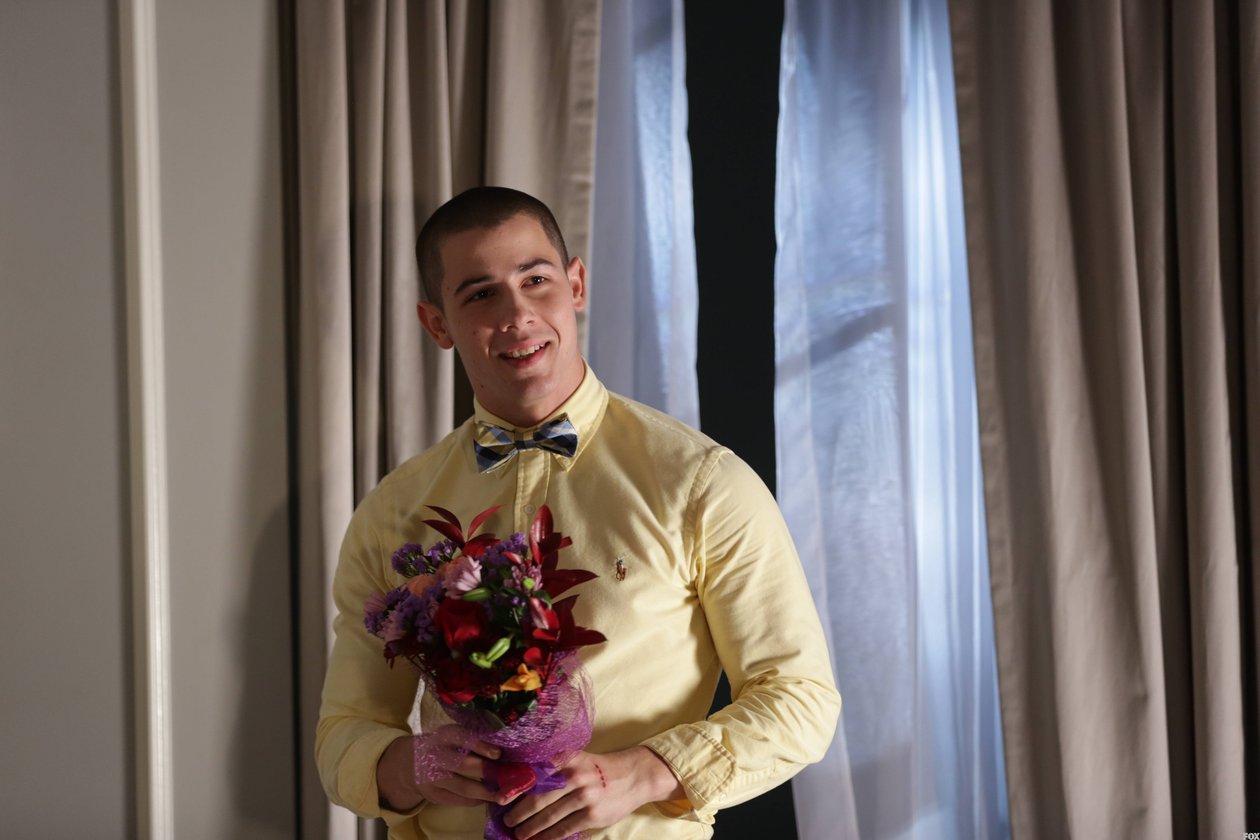 In a scene straight out of my 13-year-old dreams, Boone climbs through Zayday’s window to ask her on a date.

It seems like Scream Queens has been biding its time with filler episodes in a lead up to this week’s extremely eventful episode. Just as I was going to comment how often a main character’s life has been threatened with no real danger of actually dying, the writers go and kill off two major characters. Probably. This is Scream Queens, so you never know; but we’ll get to that later.

First we need to talk about how I was right and my boyfriend was wrong. I hate to admit it, but it’s not often that that happens, so I never miss a chance to gloat when it does.

Boone is finally seen in the Devil costume, officially confirming his status as a murderer (because, you know, it’s not actually true until you see them in the black hoodie). It’s also confirmed later that the other Devil is none other than his twin sister. Which means it’s not Pete. It feels good to be right.

Now the only question remains is who his sister is. This episode of Scream Queens made it seem that it may be one of the Chanels, because otherwise it would be a bit coincidental that the Red Devil chose to mimic the scary stories that only the Chanels and Denise were present for. Many people are predicting that it’s Number Three, based on her taller stature and link to Charles Manson. However, if that’s the case, what was the need for all the theatrics when she came face-to-face with a ghostly Boone? If it was just the two of them present for that confrontation, as it appeared to be, her being the Red Devil would be a little too Dan is Gossip Girl for me.

The writers have also been pushing for us to suspect the original Chanel, but like we all know, you can’t trust a show runner who hands all the answers to you. There’s no doubt about it that Chanel is a cold-blooded murderer, but to quote Number Three, killing Hester “makes her a killer, not the killer.”

So yeah, there’s a bit of speculation as to whether Hester is really dead or not, because let’s be real, this is Scream Queens, where people apparently come back from the dead all the time. My boyfriend is on team ‘Hester is still alive’, whereas I am a little more doubtful. Lea Michele has been credited for all 13 episodes of the season, but then again, we never know if that means she’ll just be popping up again in another one of Chanel’s laxative-induced dreams.

Or maybe Hester is Boone’s sister, and she followed his suit by faking her death to throw everyone off her trail. Of course, there’s the question of the height difference between Hester and the Red Devil, but there are such things as heels, shoe lifts, and stilts… Whatever it may be, I don’t think the Scream Queens writers will leave us in the dark for too long.

One thing that is certain, however, is that Boone is definitely dead this time. Let us have a moment of peace for Nick Jonas’ abs as we say goodbye to our favorite fake-gay ghost. It was great to have him back for this episode, and an interesting twist to have him be revealed as the Red Devil that kidnapped Zayday. If only he hadn’t tried to use his ghostly charade as an attempt to seduce Zayday – because, apparently, that’s the oldest line in the book (a surprise to me, I thought it was saying your shirt was made out of “boyfriend material”).

Maybe Boone would still be alive today if he hadn’t tried to double-cross Gigi, only to be double-crossed by his sister. Maybe he’d still be with us if he hadn’t spilled his smoothie all over his ‘Joaquin Phoenix’ beard. I’ll forever be stuck in the bargaining stage.

I know I’ve said this time and time again, but what makes Scream Queens so fantastic is how unafraid the writers are to poke fun at, not only themselves, but also the horror genre as a whole. This episode was the best example yet, as it utilized and made fun of every horror story trope in the book. While this was entertaining in its own right, I have a bit of a selfish reason for being such a big fan of its use of satire. If Scream Queens weren’t as absurd as it is, I would probably spend my nights just like Chanel, squatting over a salad bowl because I’m too afraid to go to the bathroom. I don’t deal well with anything scarier than Hocus Pocus.

Next week will be a Thanksgiving episode on Scream Queens, which means both Chanel and Scream Queens viewers get to meet Chad’s family. I doubt this will lead to much in the clue department, but it does mean that we’ll get four times the Radwell charm when we meet his dad and two brothers. Only three episodes left, guys, so be sure to savor each reference to Chad’s greatness.