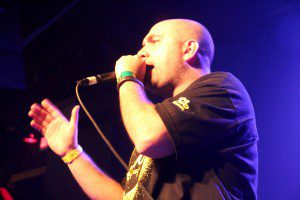 Like many others in the world, I have a daily routine. When I’m moving about in the day, I normally have ESPN radio playing. I might listen to Mike & Mike for a moment on my way to the office before I switch over to the local station. By the time 2pm comes, I would turn my listening attention to the SVP & Russillo show.

A few months ago, the Alphabet network went through a lineup shift. Some longtime voices were gone and old names were moved into new positions. Scott Van Pelt  was tapped to give life back to SportsCenter, while Russillo was tasked with holding down the show alone while the station tried out possibly replacements.

One afternoon, I’m listening to show and a voice that sounds familiar to comes through my headphones. The two are talking about the Washington Redskins and the fortune of the team as it heads into a new year. It kept nagging me. Who was this voice. Then, his name was mentioned. Rosenberg.

Peter Rosenberg is known more in hip-hop circles for the comic relief he adds to the Hot 97 morning show or the popular podcast that he co-hosts with fellow Hot 97 personality, Cipha Sounds. During his time on the air, he’s introduced listeners to acts like Azealia Banks and the Flatbush Zombies. Aside from his die-hard love of hip-hop, he is also a big sports nut.

It didn’t take long before an opportunity for him to express his knowledge for his other passion. Since his tryout on the Ryan Russillo show, Rosenberg has spent time on Michael Kay’s popular NYC broadcast. Even with the success he’s found in this lane, that doesn’t mean that he will leave hip-hop alone. He can’t, the game needs him.

Mehka with BMF SPORTS had the chance to speak with Rosenberg about his time at ESPN, what he feels like his legacy in radio will be, Kirk Cousins and the Redskins, and more.