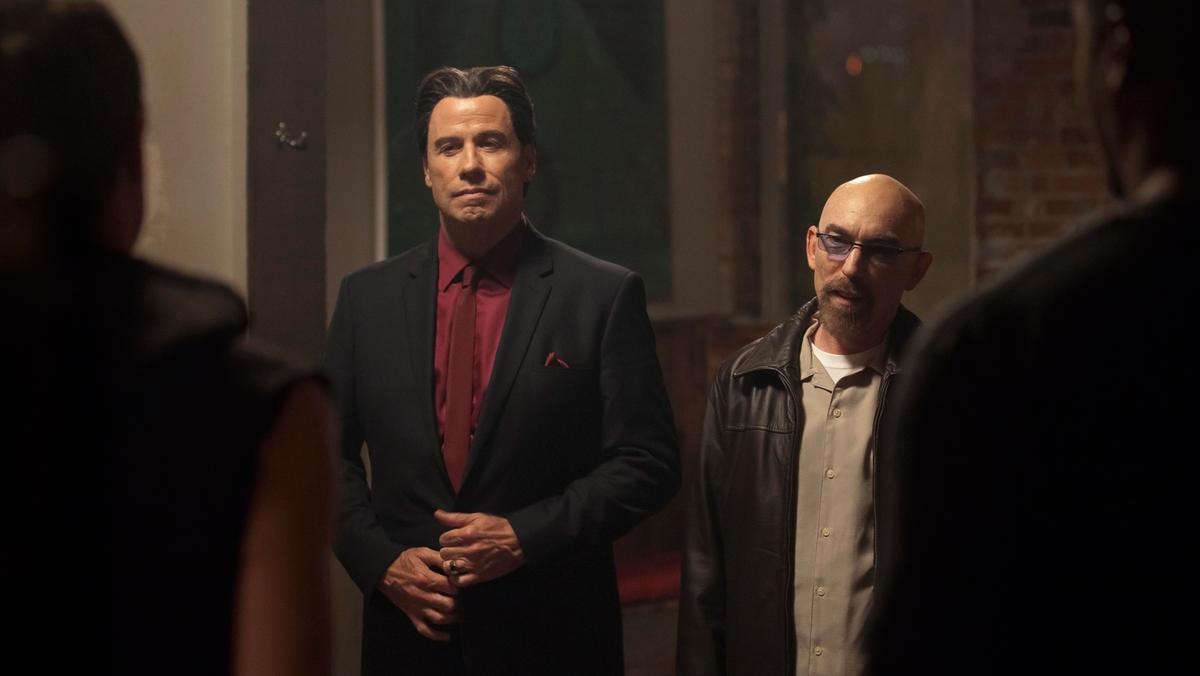 Criminal Activities is the directorial debut of Academy-Award nominee Jackie Earle Haley. The cast includes Rob Brown, Michael Pitt, Dan Stevens, John Travolta, and the new director. The film was acquired by Image Entertainment for a planned 2015 release in the United States and United Kingdom. It was released in the United States on November 20, 2015.

Four former high-school classmates gather following the funeral of a mutual friend. One of the friends Noah (portrayed by Dan Stevens) suggests to his friends Zach, Warren, and Bryce (portrayed by Michael Pitt, Christopher Abbott, and Rob Brown) to invest in a small pharmaceutical company on the verge of a breakthrough drug. Noah agrees to get the $200,000 required for the investment.

When news hits of the company going under, the group discovers Noah borrowed from a loan shark, Eddie Lovato (portrayed by John Travolta). Eddie offers the group a chance to work off the debt by kidnapping a gangster Marques (portrayed by Edi Gathegi), who is the nephew of Demetrius Flemmings, the mob boss of a rival crime syndicate. During the course of the group keeping Marques hostage, the audience learns a little of each of the backstories of those involved and everyone ends up at each other’s throat.

The uncle puts a $2 million bounty out for whoever finds the kidnappers. Eddie later informs the group they have to shoot Marques because he is working with the FBI and is now a rat. Warren grabs the gun and shoots Marques three times. Eddie later instructs the guys to each shoot Marques, which they end up doing. Then it cuts to a black screen with the caption ‘Three Hours Later’ with Noah meeting up with Marques’ uncle when they dispose of Marques’ body and Noah is paid the bounty.

The audience learns Noah set the whole plan in action in a Keyser Soze manner. Then there is another black screen ‘Noah Six Months Ago’ where Noah is seen talking to someone off camera, explaining his idea. The audience learns the reasoning for Noah’s plan. He was bullied in high school by Warren, Zach, and their deceased friend, Matthew.

The audience also learns Bryce is an FBI agent who works White Collar division where they are surveilling Bidexco, the pharmaceutical company the guys invest in. Someone gives Bryce the wrong coffee so he walks over and notices Marques as the FBI’s inside man. He copies all the audio files and tells Noah about what he found out.

Noah is speaking to his uncle Eddie; whom he later splits the $2 million bounty with. It turns out Noah was the one having an affair with Zach’s fiance. Zach later sees the photos his private investigator took and recognizes Noah as the man in the photo and just laughs. The film ends with Noah and Zach’s fiance driving off.