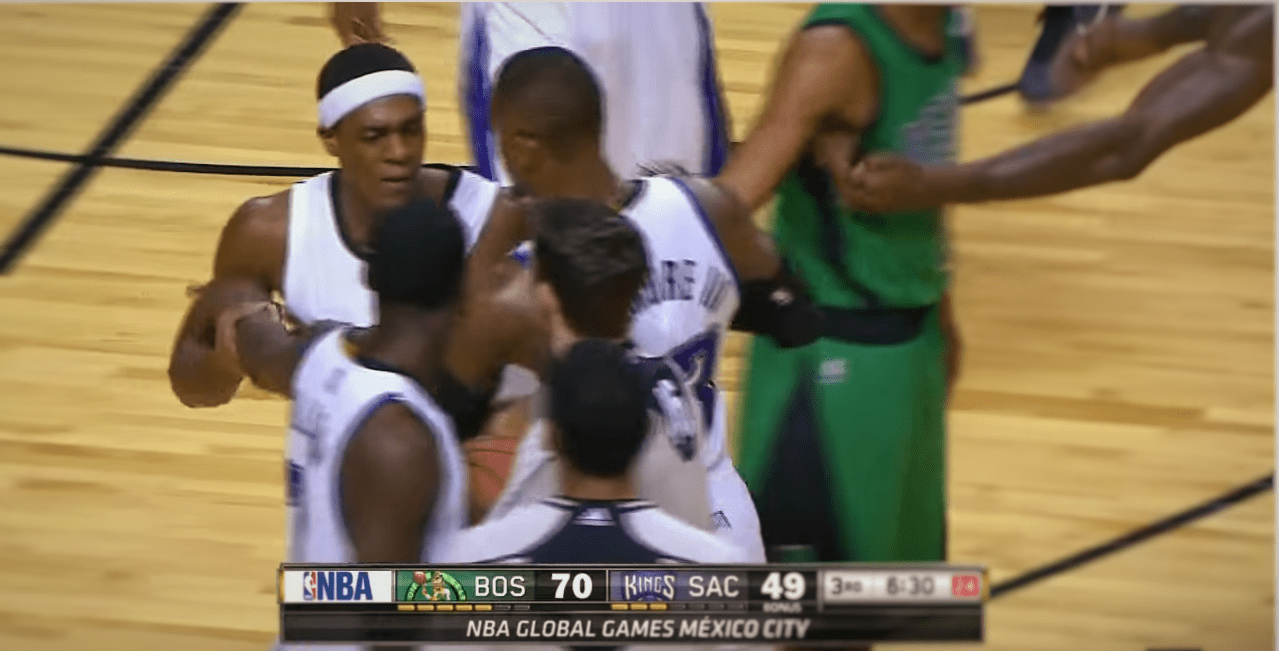 This was the worst Sacramento Kings basketball game of the season.

Losing 114-97 in Mexico City to the Celtics, the Kings displayed some of their worst defense of the year. The Celtics shot 14-33 from behind the three-point line and had 34 assists on 40 made baskets.

With no apparent defensive scheme in place as the Kings looked erratic and confused on nearly every possession. Giving up separate 32 and 39-point quarters, the Kings were taken advantage of from both the perimeter and in the paint.

Kelly Olynyk shot an outstanding 3-5 from behind the arc, and finished with 21 points. Jae Crowder and Evan Turner also had effective nights combining to go 12-25, each scoring 20 points.

Process or not, the Kings have some gaping holes they need to address. Coming into tonight, the Kings were the fifth-highest scoring offense in the league and were completely shut down. Finishing with 29 made field goals on 77 attempts the team effort was lackluster. The Kings gave up 24 fast-break points on 19 turnovers. 15 of those coming from the starting rotation.

Isaiah Thomas had a huge night against his former Sacramento team with 21 points, 9 assists, and 4 steals. Thomas scored 19 in the first half and helped start his team off to a 15-point lead. The Kings were never able to recover and the backcourt of the Celtics combined for 41 points. George Karl has notably been pleased with the defense of the big men, but once again getting completed outplayed by the lack of defense from either guard position.

For the Kings, Rajon Rondo had a completely opposite experience from Thomas playing his former Celtics team. Getting kicked out of the game for a questionable second technical foul (you decide) the guard only played 24 minutes and finished with 5 points and 8 assists. Rondo is even questionable for the next game with a suspension looming.

Without any accountability for the lack of production, the Kings have an ensemble of justified excuses for the poor start. A tough record, no practice days, ten new players. The list goes on and on, but at some point the players are going to have to make a choice and play basketball the way George Karl has designed the team to play.