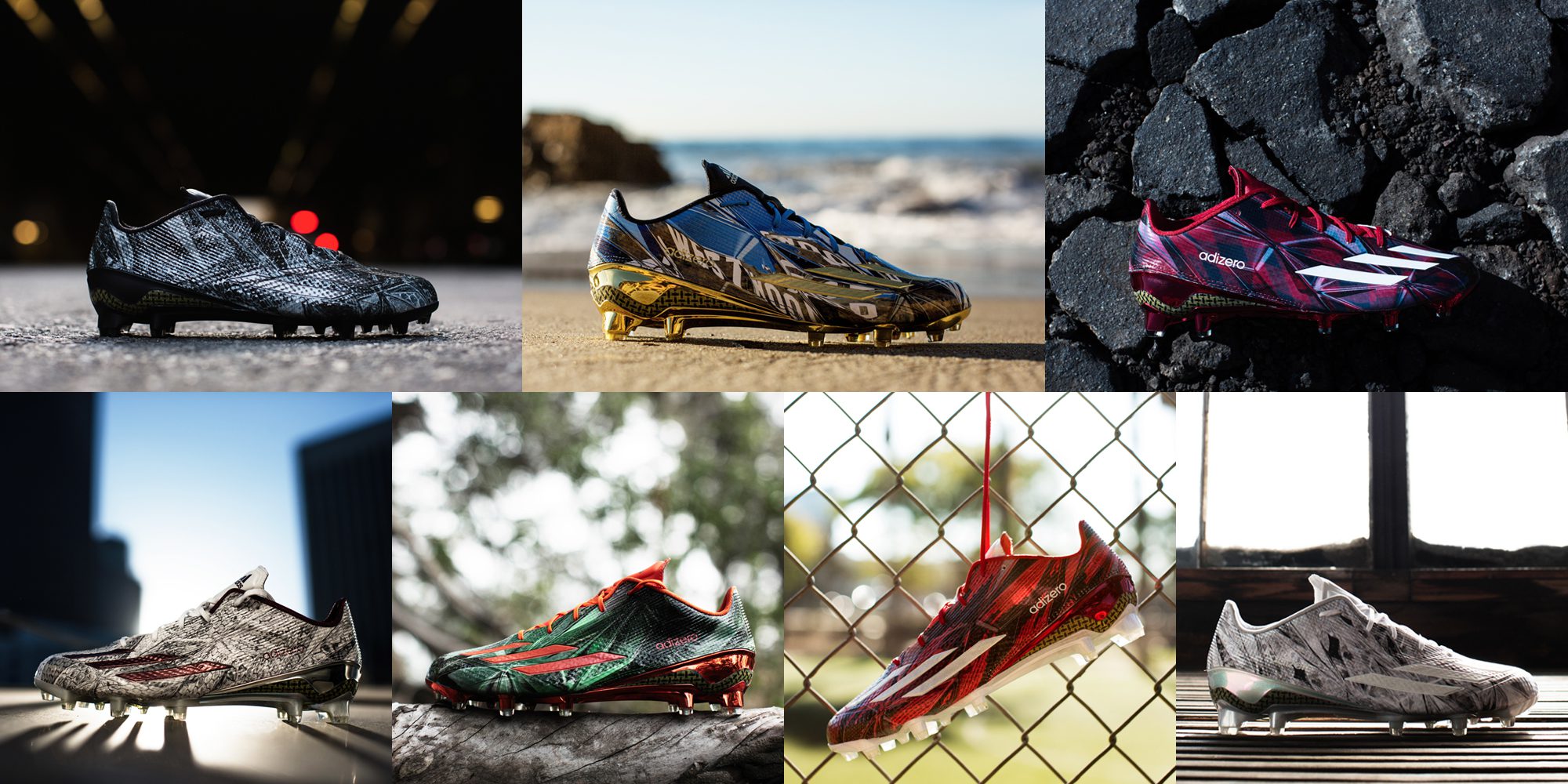 It’s always great to be perform well, but sometimes, it’s nice to do it with a little flash — that’s the adidas Chromaflage Cleathead Collection in a nutshell.

See more on the Chromaflage Cleathead Collection here, courtesy of our friends at adidas.

adidas today unveiled the 2016 adizero 5-Star 5.0 x KEVLAR® ‘Cleathead Collection.’ Built for speed and performance and designed to make a statement, this special edition pack of cleats is centered around the all-new Chromaflage pattern, the latest evolution of adidas Football’s iconic and disruptive ‘flage’ pattern cleats.

Chromaflage takes the innovation, disruption and customization of football cleats to another level by adding the element of 3D photorealism. Pushing the boundaries of manufacturing techniques, adidas designers created an environment where an actual photo or image could be projected through a 3D liquid crystal graphic to create a distorted, 3D Chromaflage pattern. Through digital printing, each image utilizes the liquid crystal to add depth and richness to the imagery in order to create a unique 3D look, while keeping the same Chromaflage feel.

With eight Chromaflage designs to choose from in the ‘Cleathead Collection,’ players can extend their personalities, showcase their individuality, and represent their team and much more. There’s a story in every pattern and there’s a pattern that speaks to every player’s game, style of play, mindset, lifestyle, hometown, allegiance, aspirations and inspirations.

Engineered for playmakers, designed to showcase style. Lighter than any competitor cleat at 7.9 ounces, the lightweight adizero 5-Star 5.0 features a durable, flexible a SPRINTSKIN upper with SHOCKWEB reinforcement. The 5-STAR FRAME, featuring a plate reinforced with KEVLAR®, is the optimum blend of lightweight, strength and traction.

Kicking off in 2013, the original adidas Football ‘flage’ design featured a 2D zigzag pattern called Carmouflage, which was inspired by the pattern that car companies use as wraps when testing unreleased cars. In 2014, the ‘flage’ pattern saw the inception of Mantraflage, which featured a variety of words that described the play and mindset of athletes on and off the field.