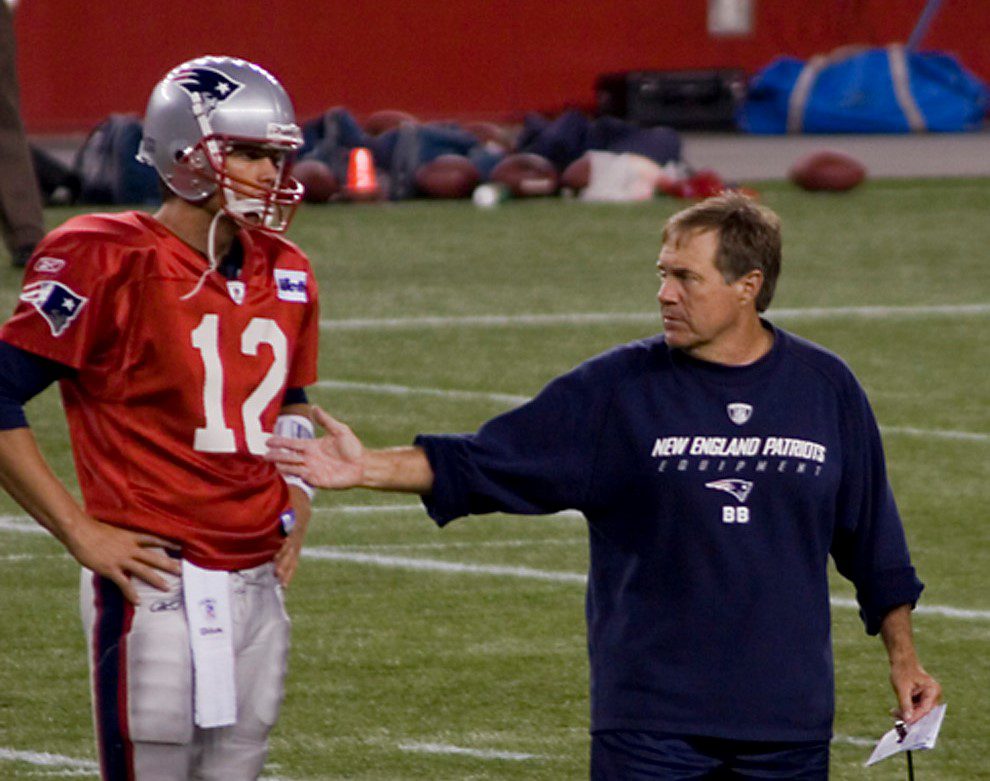 3-0 baby! Third perfect week of the seaaon for yours truly. Who would have guessed that my kid’s school parking lot would have taught me such a valuable lesson in betting? I certainly never expected it, but after last week, it’s my adopted way of thinking; the lines are never wrong! If I go undefeated in back-to-back weeks, I’ll be getting that saying tattooed somewhere on my body.

Anyway, this is the time of year when teams are playing for their playoff livelihood. I find betting lines become a little closer and some games become easier to predict. By now you know who the good teams are and you know who the bad ones are. You recognize the inconsistency of a Philadelphia and the dominance of a Carolina. I think that makes for easier gambling.

So, let’s say you and I take advantage of some old-time thinking with a new-school mindset.

After going 3-0 last week I am at a strong 26-20 on the season. I want to close out strong on what seems like a wild season.

B is for Brady! That’s good enough for me!

Over/Under of the Week: Houston Texans @ Tennessee Titans – Over 40 1/2
The battle of the backups! Brandon Weeden for the Texans vs Jake Locker of the Titans. With each team’s defense being so horrible I am depending on both backups with very strong arms to chuck the ball up to their big targets. For Locker and the Titans it is Delanie Walker and rookie wideout Dorial Green-Beckham. For Weeden and the Texans, they have no issue bombing the rock to the human Venus fly trap, DeAndre Hopkins. The dude catches everything and Jason McCourty of the Titans is a great cornerback, but he is not shutting down Hopkins for an entire game.

Here’s to a high-flying, backup-driven, over game!! CHEERS!

49ers +19
On two serperate occasions this season, I advised you to take the Niners in a tease where they have been getting 14 points or more. Both times the team from San Francisco came through and covered. This week against the Lions I believe will be no different from the the other two games they covered. I mean, the Lions aren’t very good. Certainly not good enough to beat a defensive team by 20 points. This is a gimme tease bet.

Buccaneers +6 1/2
Lovie Smith has already done wonders with this Buccaneers team. Between the play of his defense and the maturity of rookie quarterback Jameis Winston, the Bucs have found themselves with an outside shot at the NFL playoffs. Playing the team he used to caoch, Lovie would love nothing more than to keep his new teams’ playoff hopes alive while crushing those of his old team. Storylines make bets!

Chiefs -2
The Chiefs are on a nine-game winning streak and they show no signs of slowing down. Certainly not at home against the horrendous Cleveland Browns. The young quarterback of the Browns, Johnny Manziel, is about to have himself a “welcome to the NFL”-type game this Sunday. He will be lucky to make it out of the game with his health with the way this Chiefs defense pressures the quarterback. I like this bet straight as well, so I have to put it in a tease.