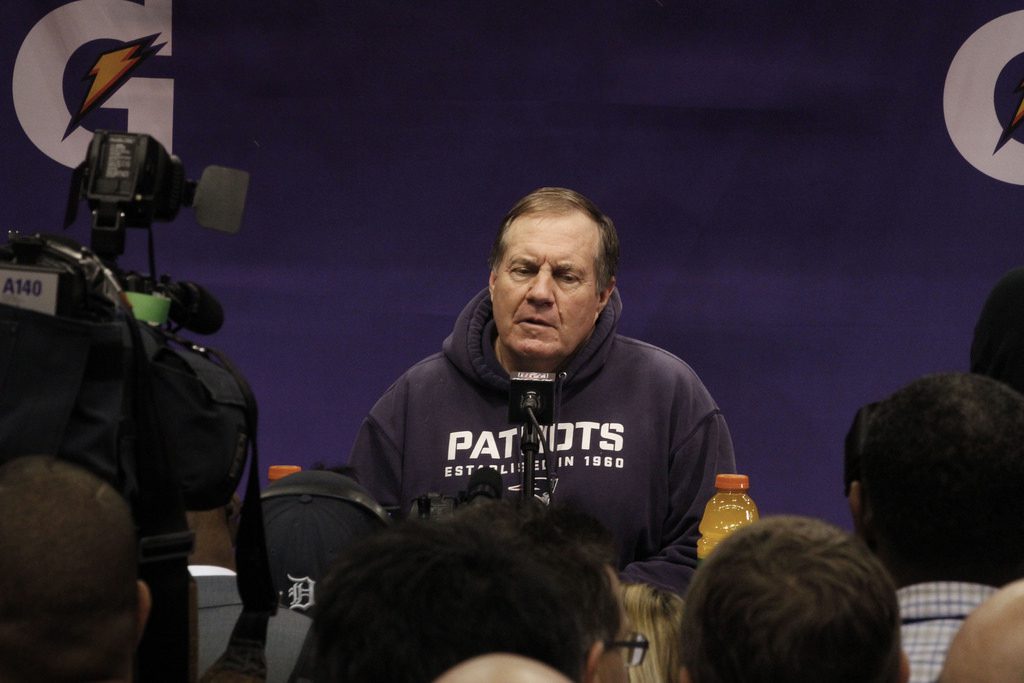 Well, this is it. All the preseason preparation has led to this. With two weeks remaining in the NFL season the New England Patriots find themselves sitting atop the AFC looking down. A win in any of their next two games will give the Pats a first-round playoff bye as well as home-field advantage throughout the playoffs. A win this week against their divisional rival, New York Jets, would ensure that the Jets will not make the playoffs. That, my friends, is pure gold to not only the fans of the Patriots, but to long-time players, such as Tom Brady, Matthew Slater and, of course, head coach Bill Belichick. No doubt they want to be ahead of the Cincinnati Bengals and Denver Broncos in the standings, but making sure the Jets can’t surprise them in the AFC Championship game will help the Pats to breathe even easier.

With all that on the table this week for the Patriots, do not look for a “soft” game out of them. With all the injuries this team has already suffered so far this season, a meaningless game at the end of the year would allow the Patriots to rest their ever-important starters and help the unhealthy become healthy. With such implications to the longevity of Belichick’s team, I expect the best Patriots team we have seen all year.

Key Matchup: Patriots Offense vs Jets Defense
I know it sounds so general, but it’s true. Without Julian Edelman and a true pass-catching back such as Dion Lewis, we have no idea what the Patriots offense will look like against a team that is notorious for handing Brady a hard game at the most inopportune times for the Patriots. With the signing of big bruising back like Steven Jackson it will be interesting to see how the Patriots use him.

Going up against such a dominant defensive line, such as the Jets have, the Patriots will likely throw the ball a ton as they did in their first game. This time around the Patriots won’t have Edelman, who carved the Jets up for two touchdowns in their Week 3 matchup. So the passing game may not be as effective against a Jets secondary that only seems to be getting better each week.

The Jets’ D is not going to just sit back and let the Pats have their way with throwing the rock. Darrelle Revis is extremely familiar with Brady and he and Antonio Cromartie have been hard at work molding rookie Buster Skrine, who is making his case for defensive rookie of the year. Without Edelman the defense will easily key in on Rob Gronkowski, forcing Brady to go elsewhere with the play. How will he fare? How will the Patriots offense look against a tough Jets D playing to keep their playoff hopes alive?

A great test before the playoffs for Brady’s offense.

Player to Watch: Steven Jackson
By now it should not be news to you that massive, plowing running back LeGarrette Blount has been placed on the IR and is out for the remainder of the season. What should be news is 33-year-old, 11-seaaon veteran, massive and plowing back, Steven Jackson signed with the Patriots. After not playing all season because he was holding out for a “contender,” injuries have led the the Patriots straight to him. What will be intriguing to watch is how the Patriots plan to use him.

Last season when the NFL Playoffs rolled around, the Pats were completely fine with letting Blount run the ball damn near 30 times every game. If Jackson is even 60 percent of what he used to be, he would still be 50 percent better than Blount. Last postseason, the Pats made Blount look like Earl Campbell, so if they have similar plans with Jackson this would be the game to uncork him.

A big, athletic back against a big, athletic D-line. If the Patriots decide to run the ball unlike their first meeting with the Jets, Jackson could see quite a bit of carries. If not, the veteran might be watching the games from the sidelines until the postseason arrives.

Game Prediction
This is a tough one to call. These are games during this time of the season where Bill Belichick has separated himself from not only present coaches, but from almost all coaches ever. His December record would back that, but it is the little things that make Belichick great – his clock management, his knowledge of the rule book, and his ability to have the best gameplan implemented each week for every opponent. Not just the team the Patriots are playing, but even the situation.

Belichick is readily aware of the position his team is in regarding playoff standings. He is also aware that if his important players get injured before the playoffs, his team won’t make it very far into the playoffs. With his team already having clinched a postseason berth, he could lean either way. We could see the Pats come out in a spread set and throw the ball 50 times out of the shotgun, proving to us that Belichick wants the one seed. Or the Patriots could pack it in and run the ball for half the game with a Jumbo set and a Jumbo back. Whatever Belichick decides to do he will have the future in mind.

The Jets offense has been firing on all cylinders this season. With Ryan Fitzpatrick at the helm, the points have been flying onto the scoreboard. In fact, last week Brandon Marshall and Eric Decker became the first two teammates to both have 10+ touchdown catches in a season since Randy Moss and Chris Carter in 1998. Excellent company to be associated with. Unfortunately for them, they will be running into best defense the NFL has to offer. No team has allowed less points than the Patriots. That’s all I need to hear.