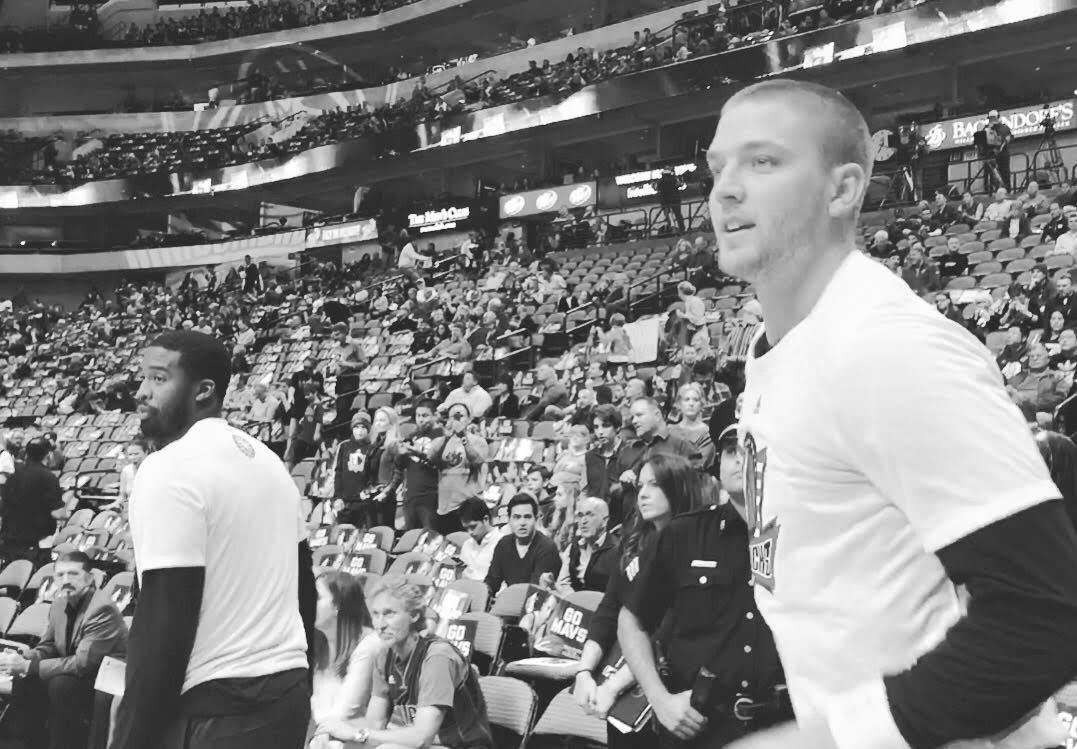 Its been a long couple of months for both Wes Matthews and Chandler Parsons, months riddled with minutes restrictions and bothersome setbacks like shooting slumps and growing pains that have plagued two very essential pieces in the Dallas Mavericks’ offensive rotation. But you wouldn’t have guessed after witnessing the Mavs’ 103-93 win over the Milwaukee Bucks where Matthews scored a game-high 22 points, going 5-of-7 from the three point range.

“I feel better, I feel good,” Matthews said following the win. “Every week I get stronger, every day we are doing something to make my body stronger.”

Matthews was hit hard last year when he tore his left Achilles tendon while playing for the Portland Trail Blazers as they faced off against, oddly enough, the Dallas Mavericks.

“We are getting there, but I don’t think there is any magic date,” Mavs coach Rick Carlisle said about both Matthews and Parsons’ (who has been on a minutes restriction since the start of the season after suffering a knee injury toward the end of the 2014-15 season) progress. “When you go through injuries like those two guys did, I think it’s an ongoing challenge to continue to build it up. Both of these guys stated very clearly when their injuries happened that their goal was not only to be back, but to be back better than they were before.”

This wasn’t just Matthews and Parsons (who played the entire game) who appeared luminous during this win, there was also Zaza Pachulia who rose to the occasion of playing against his former team with a vengeance on both the offensive side and the defensive side, primarily taking on Greg Monroe.

“That was really our only matchup that made sense just because of the physical aspect of it,” Carlisle said of the pair facing off. “Zaza worked extremely hard and was able to do it without fouling for the most part. Zaza had a great night defensively; he scored the ball and he got rebounds and he was a playmaker too.”

The Mavs took charge and dominated from the start after shooting 56.5 percent during the first quarter as opposed to the Bucks’ 42.1 percent, and showed relatively no signs of slowing down.

At least not until the fourth quarter when Johnny O’Bryant, Jerryd Bayless, and O.J. Mayo started clawing back at the Mavs and brought the Bucks within one point with only 5:47 left to play. It was Raymond Felton, Pachulia, and Matthews who answered back, with the latter scoring back-to-back threes. Zaza finished the game with 17 points and eight rebounds followed by Felton with 14 points.

The Mavs have to face one of their biggest challenges on Wednesday night when they square off against the league leading Golden State Warriors at home.