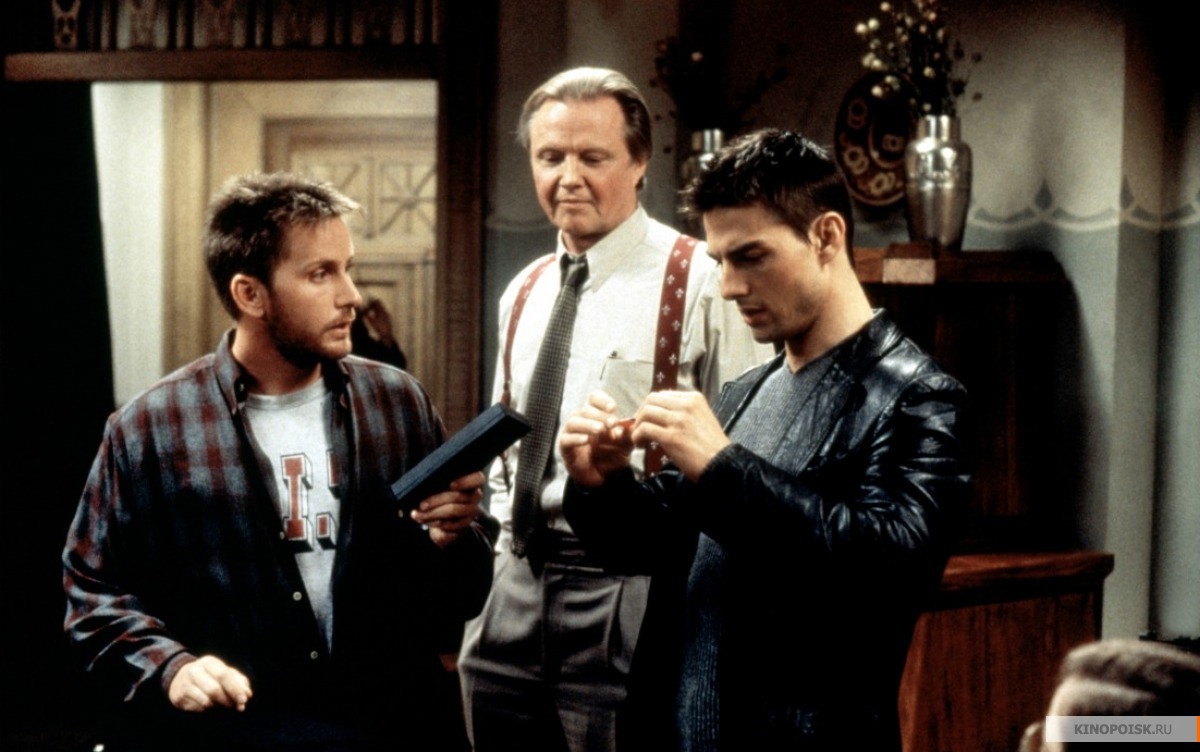 Mission: Impossible was a 1996 spy film starring Tom Cruise, Jean Reno, Vanessa Redgrave, Jon Voight, Ving Rhames, and Emilio Estevez. The film was based on the 1966-1973 television series of the same name. The film’s plot revolved around Ethan Hunt (Cruise) and his mission to uncover the mole who framed him for the murders of his entire IMF (Impossible Missions Force) team. It spawned four sequels, with the fifth film being released in 2015 and a sixth film in development. With this year being the 20th anniversary of the original movie, let’s discuss five facts you may not be aware of in relation to the series.

Apple dropped $15 million for a Mission: Impossible sponsorship deal. In the film, Hunt (Cruise) uses a Powerbook 5300c; however, another character suggests he uses a different brand with serious computing power. To make matters worse, the film was released weeks after a Powerbook recall, meaning the computer probably couldn’t handle whatever demand Mission: Impossible might have created.

The giant aquarium exploding and releasing 16 tons of water as well as Hunt jumping through a restaurant window was filmed at a Paramount soundstage. The portion of the scene where Hunt is running into the street with the water behind him was actually filmed in Prague’s Old Town Square. This is the first film where Tom Cruise started doing his own dangerous stunts. Director Brian DePalma talked Cruise into doing the giant aquarium stunt as the shot would not work and wouldn’t be believable with a stunt double. Cruise has since become known and respected for his stunt work (an attribution we should all be jealous of).

The climactic train sequence took six weeks to film at the 007 Stage at Pinewood Studios. The scene lasts seven minutes and 20 seconds with Cruise and Voight performing atop a model of the train’s roof. A fan that could produce winds up to 140 mph was also used in this scene in order to distort Cruise’s face while he was riding atop the train. 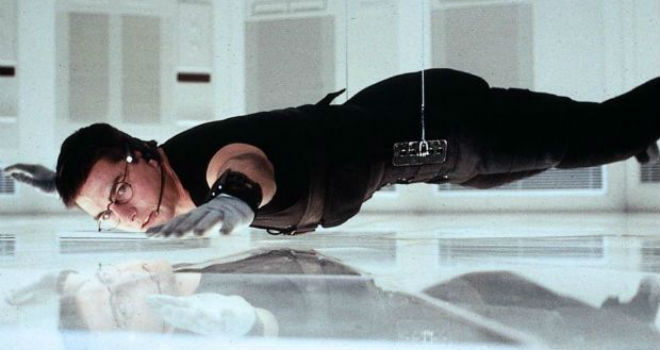 During the filming of the iconic scene where Hunt drops down from the ceiling to hack into a government computer, Cruise kept hitting his head on the floor. In order to prevent this from happening again, Cruise asked a stunt double for the change in his pocket and put them in his shoes to weight them down.

Mission: Impossible, based on the 1966-1973 television series of the same name, was part of a film series, spawning five movies. It was the first film where Tom Cruise started performing his own dangerous stunts. Apple dropped $15 million for a Mission: Impossible sponsorship that ultimately did not turn out well for the computer company. The film was the one of the first big Hollywood productions to shoot in Prague. Since its entry into the movie world, the Mission: Impossible series has grown into a popular and commonly discussed franchise in the pop culture universe.