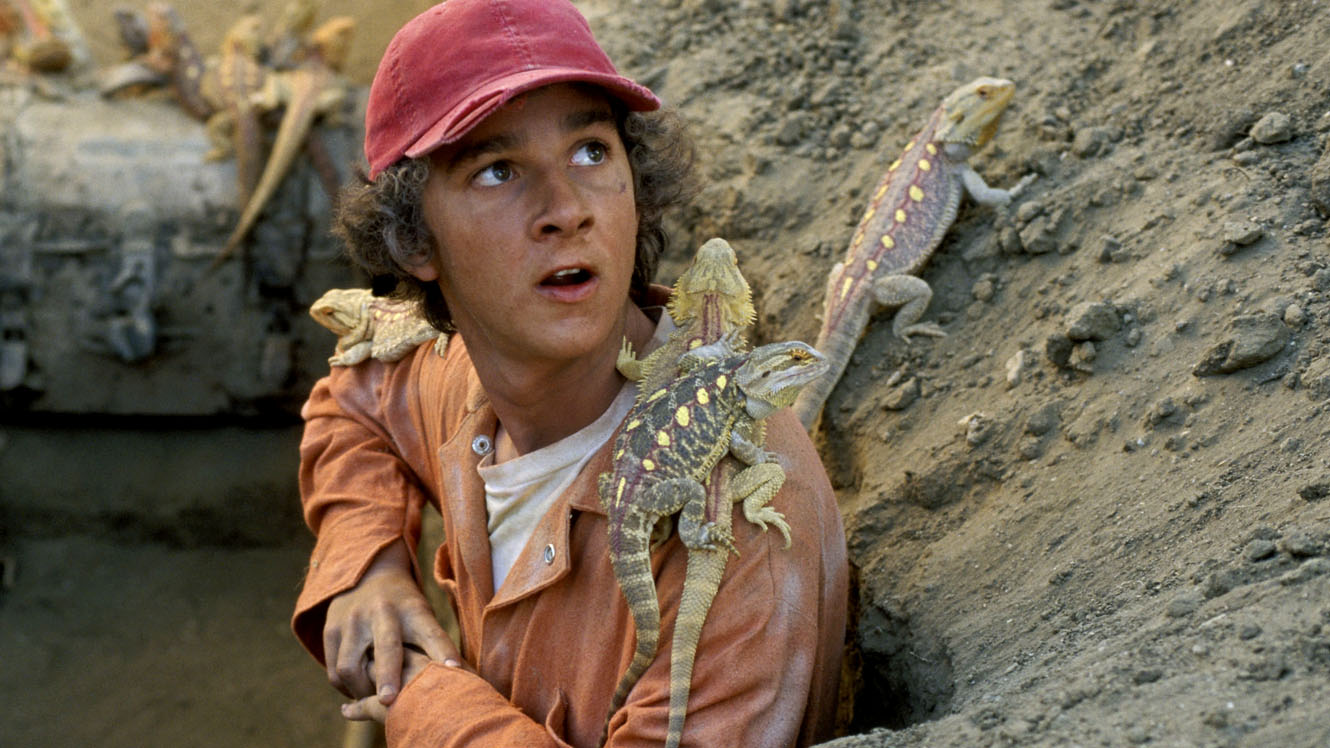 Millennials are known to be the most nostalgic of generations; it’s a fact. We yearn for the days of Nicktoons and Dunkaroos, never missing a chance to reminisce about “the good old days” like we’re three times older than we actually are. Luckily for us, we’re also the Netflix generation, which means anytime we’re feeling particularly nostalgic we can revisit our childhood for an hour or two. So join me as I rewatch the best of the 80’s, 90’s, and early 2000’s and see how well our memory holds up.

Does it have that classic 80’s/90’s inappropriateness?

Holes is rated PG, probably because ass is said once, crap twice, and there’s an almost f-bomb at 24:52. Plus, you see Shia LaBeouf in his tighty-whities. But altogether not as inappropriate as some other movies our parents let us watch.

Holes starts out with a chain gang-like song that had me jamming but would most certainly be called offensive had Holes come out in the 2010’s (actually all of the music is pretty awesome).

Within the first two minutes Barf Bag gets bit by a snake – you didn’t forget about the sweet nicknames did you – and Stanley (Shia LaBeouf) gets caught with a stolen pair of Curry 2s, sorry, I mean Sweetfeets. He’s given a choice between jail and a correctional camp where there’s “currently an opening”… *cough* Barf Bag died. On the way to the camp Stanley sees a ghost and I remember why this movie scared the shit out of me as a kid.

For the first few days at camp Stanley spends most of his time getting picked on (maybe it’s cause his last name Stanley spelled backwards, something that has to get pointed out twice for the younger kids who may have missed it otherwise). Eventually X-Ray inducts him into the group, and Stanley starts ignoring Zero, his only friend up until that point. Zero’s face after Stanley says he’s too busy to teach him how to read will haunt you forever.

Next up are a few flashbacks. The first explains the Yelnats family curse, and basically serves as a warning to young boys not to think with their dicks. After getting rejected by some blonde bitch Elya Yelnats heads to America, forgetting to fulfill his deal to carry Madame Zeroni up a mountain, cursing his family forever.

The second flashback introduces the ghost from earlier, who happens to be named Sam. Sam’s also been creepin’ on some blonde bitch, this time named Katherine. Unfortunately for Sam, Cowboy Douchebag also likes Katherine. But it turns out Sam’s the original Mr. Steal Your Girl, and he swoops in all smooth-like. Cowboy Douchebag, who’s also a little bit of a racist, sends out a mob and Katherine watches Sam get shot (this isn’t the last time we get major feels while watching Holes). The next day Katherine begins her new life as the outlaw Kissin’ Kate Barlow by killing the sheriff.

Back in present, Zero digs Stanley’s hole for him as Stanley has a faceoff with the warden, Mr. Sir, and some rattlesnake nail polish. Thus begins a beautiful friendship in which Zero helps Stanley dig his holes in return for reading lessons. Unfortunately this means that X-Ray and Zig Zag start acting like dicks to Stanley again because boys are stupid, I guess. After yet another showdown Zero gets in a KO and runs away from the camp. It only takes a few days for Stanley to do the same (albeit in a much less badass way).

Stanley finds Zero holed up in old Sam’s boat, surviving on “sploosh.” As Stanley enjoys his sploosh he spots a mountain that looks like a thumb – God’s Thumb to be precise, which according to Stanley’s grandfather is where the very first Stanley sought refuge after having his fortune stolen by Kissin’ Kate Barlow. Stanley carries Zero (real name: Hector Zeroni) up the mountain and unknowingly breaks the Yelnats family curse. Everything finally starts to make sense.

Stanley decides that he and Zero need to go back to the camp and try digging one last time. Thanks to the recently broken curse the two manage to find the treasure everyone’s been hunting for all this time – Kissin Kate’s treasure, which she stole from Stanley Yelnats the first.

Does it hold up?

You’ll be happy to know that Holes is just as amazing as I remember it being, if not more so now that I’m an actual adult who can follow a plot without getting distracted by the mention of ghosts. It makes me miss when kid’s movies actually used to have depth beyond singing, dancing, and predictable endings. I was definitely not prepared for all the feels Zero gave me. The only difference in my recollection was little Jeanie didn’t realize that all the other boys besides Zero and Stanley were giant dicks. But overall a worthwhile rewatch. The only way Holes could have been any better was if I had been in that movie theater watching it with Shia himself back in November.