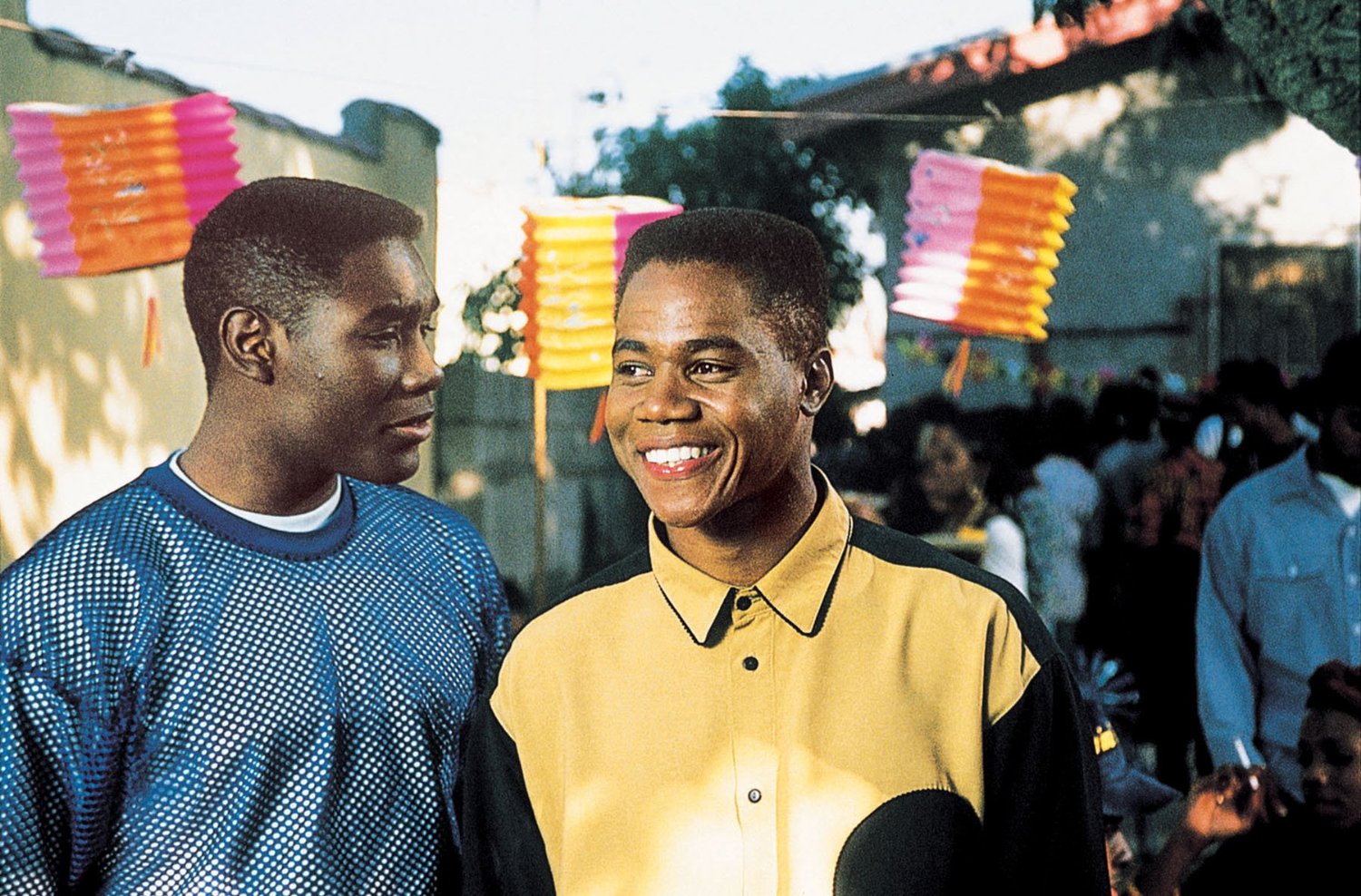 Boyz N The Hood was the directorial debut of John Singleton and starred Ice Cube, Morris Chestnut, Cuba Gooding, Jr., Laurence Fishburne (then credited as Larry Fishburne), Nia Long, and Angela Bassett. The film was a financial success, earning a box office of $57.5 million against a budget of $6.5 million. With that being said, let’s go over five facts you may have not known about the box-office hit.

Fact #1
They always say write about what you know, which is what John Singleton did. Singleton, like his protagonist Trey Styles, left his mother’s house to live with his father in South Central L.A. Singleton and his friends used to discuss the type of movies they would make. When Spike Lee’s Do The Right Thing was released, it gave Singleton the push to make a West Coast version of the film.

Fact #2
In order to maintain a sense of realism on set, John Singleton never warned the cast of when shots were going to be fired; the reactions we see in the film are real.

Fact #3
John Singleton wanted members of the rap group N.W.A. to be part of Ice Cube’ Doughboy’s friends. It did not happen since Eazy-E and Ice Cube were at odds with each other at the time. There is a slight reference to Eazy-E when a thief tries to rob Doughboy and his crew. Doughboy and his crew end up beating up the thief who is, coincidentally, wearing a t-shirt that says, “We Want Eazy.”

Fact #4
The film was so well received that when it premiered at the Cannes Film Festival in France, the audience gave Singleton a prolonged standing ovation. The accolades didn’t stop, however,with Singleton becoming the youngest director and the first African American to be dominated for Best Director and Best Screenplay by the Academy. In 2002, the Library of Congress hailed the film as “culturally significant” and added it to the National Film Registry.

Fact #5
Boyz N The Hood marked the film debut of Ice Cube and Regina King. The two would later go on to star in the buddy film, Friday (which was written by Ice Cube).

Boyz N The Hood was the directorial debut of John Singleton. The film starred Ice Cube, Morris Chestnut, Cuba Gooding, Jr., Laurence Fishburne (then credited as Larry Fishburne), Nia Long, and Angela Bassett. The screenplay for the film was written by Singleton and based on facts from Singleton’s own life. Boyz N The Hood received so many accolades that Singleton was nominated for an Academy Award in Best Original Screenplay and Best Director. Without doubt or argument, the film was a financial success and helped seal Singleton’s position as a major director in Hollywood.