The Kings have now lost five of their last six games played. Within that span, the Kings have given up five first quarters of 30+ points, three career-highs, and a partridge in a pear tree. With the All-Star break four games out, the Kings have lost their stronghold over the eighth seed and are now two and a half games back.

With the toughest stretch of the schedule quickly approaching, Sacramento continually hurts their chances of solidifying their spot as a playoff team. Forfeiting winnable games due to lack of defensive effort, energy, and focus. Tonight was no different as the Kings were sluggish against a Jimmy Butler-less Chicago Bulls team, 107-102.

Despite a late comeback attempt, the Kings were unable to fully recover from their early deficit. Chicago held the lead for all but four possessions. Three of which came in the first three minutes of play. 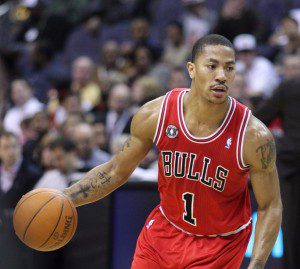 As per usual, Chicago got off to a hot start and scored 34 first-quarter points. Sacramento continually displays it’s apparent lack of perimeter defense on a nightly basis. Opposing guards have been scoring at will and taking advantage of the offensively heavy minded Kings. E’Twaun Moore scored 13 first quarter points on a perfect 5-5 from the field. Moore went on to score a career-high 24 in 37 minutes of play. Derrick Rose had an above average game, contributing 21 points and nine assists.

“You think I know?” said George Karl after the game, regarding the slow starts. “If I knew…it has been a nightmare. I’ve never had this many games on the home court come out flat.”

Not only has this been an issue in recent games, Sacramento has sacrificed a number close games due to lackluster early effort. Philadelphia at home, Memphis on the road, the New Orleans both at home and the road. This is a continual pattern of negligence and the impact of this is starting to hurt the Kings chances of breaking any sort of playoff drought.

However, Darren Collison has provided a sparkplug off of the bench in recent games. As Collison and Rondo are starting to see time with their respected units, Collison has been able to provide reliable scoring off of the bench. Tonight, Darren finished with 19 and had brought the Kings to within three heading into halftime.

As the third was underway, DeMarcus Cousins began to find his rhythm from the top of the key. While the Big Cuz was unable to stretch the floor with the three-ball, he was able to space the floor on an effective 12-25 shooting night. Taking it to the rack or pulling out of a quick jumper, Cousins finished with 30 points and 11 rebounds. Cousins was able to single-handedly bring the Kings to within five as the fourth started.

Pau Gasol helped the Bulls remain ahead to start the fourth. Gasol tallied his 28th double-double with 16 points and 13 rebounds. Notching his sixth in the last seven games.

Chicago was able to hold off a late comeback by the Kings as Marco Belinelli drilled a three-pointer and earned an opportunity to make it a four-point play. This cut the lead to three before the Kings were unable to capitalize and finished the night with 102 points. Belinelli started tonight and found some consistency throughout the game. Shooting 50 percent and finishing with 18 points in 35 minutes of play.

The Kings now head on the road for a four-game road trip before the break. In a road trip that center, DeMarcus Cousins says the Kings “gotta win three, just gotta win three.”Their next game is against the Brooklyn Nets in Brooklyn.

For the Bulls, they take on the Nuggets on the road Friday night.