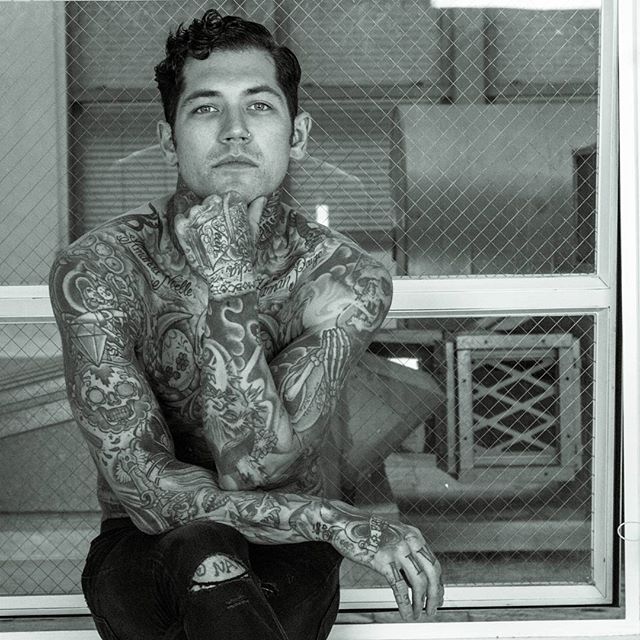 Graham Nation is a hairstylist and model who recently joined me in unison with Pop Culture Spin for an interview. As you can see in the captivating image placed above, Graham has expansive body art that covers the majority of his skin. His personal ink was just one of the multiple topics we touched on throughout our Q&A – a piece that provides insight into a creative mind who you should consider following/supporting starting now and into the future.

Pop Culture Spin: Graham, thank you for setting aside some time to speak with me on behalf of Pop Culture Spin. To start our interview, what was your journey like in becoming a model?
Graham: Of course! Thanks for having me. Oh man, my journey started when I was working at my first salon in Denver. We would do different collections twice a year to coincide with fashion week. I became one of the models for it and it just felt normal. I’ve always played in bands too, so being the center of attention has always felt natural. After that shot I was just hooked on the whole idea of “creating.”

PCS: How would you describe the type of modeling work you’ve done so far in your career?
Graham: A lot of clothing I’ve done lately has been more “street wear” looks. But I try to push myself as much as I can creating different emotions, when I look for photographers I look for the ones who are pushing themselves to create something better and better. I could care less about how many followers you have on IG. For me to want to colab with someone I can push and they can push me. I really think that’s when you truly break into something great. I always try to speak volumes with just a single image. I feel like you can say so much with saying nothing at all…

PCS: What are some of the factors behind making a photo shoot come alive and have the end result image(s) be memorable?
Graham: Location is huge! It sets the mood for so much. And equally important is the photographer. I feel you have to have all the stars align to make it pop. You the model and the photographer have to be on the same page, for me it’s like a dance. You move this way, they move that way. You read each other and you notice small changes in the lighting and your body positioning. I’ve done real quick shoots and well thought out shoots and to be honest if you and the photographer aren’t on the same page chances of the whole shoot not being the best things you’ve done is going to be huge.

PCS: Your body is pretty much an awesome canvas of ink. How have people responded to you throughout your life when seeing your tattoos?
Graham: Ha, thank you! … Man, I’ve been pretty heavily tattooed for a while now and I lived in Denver for a while before relocating to Los Angeles and to be honest Denver as a whole is super tattooed so I never really felt like I was sticking out like a sore thumb or something. But when I’m walking around and people are staring at my throat or something I just take it as a compliment. I’ve had some real random people give me some great compliments on my art work, people you’d never think will come up and say “I’ve always wanted a sleeve!” or “they look so cool!” so for me I love it.

PCS: Another tattoo question, which is actually more like a two in one – what was your first piece of ink and what piece did you have to sit the longest for?
Graham: Oh nice, my first was my whole left arm by my friend Curtis in Fort Collins, Colorado at Tribal Rites. He was a younger artist at the time and I walked in and said I want a sleeve. His eyes lit up and he was hyped! Turns out it was his first sleeve and probably my favorite piece I wear. The longest I sat was that sleeve, our first session was 6 hours… It was brutal but at the time I was so amped to be getting tattooed I sat still and was soaking it up! … But for the record, I’ve had sessions I’ve sat for less time that killed way worse! Lol, my ribs were no walk in the park so shouts to my buddy Reed Smith in Boulder, Colorado! Nicest guy, I always love being his canvas… 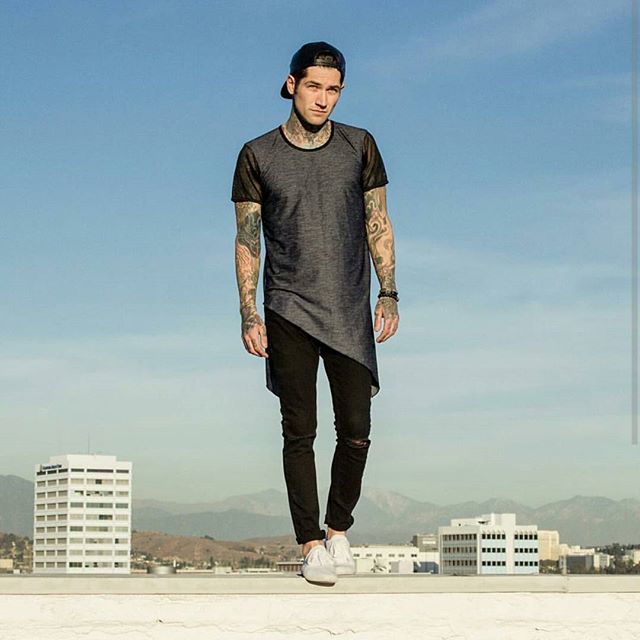 PCS: Followers of yours know that you’re a hairstylist as well as a model. Do you have a preference between being on a photo shoot and cutting someone’s hair or are they equal passions?
Graham: To be honest, I love both. Being on set modeling helps me when I’m taking pictures of my hair clients, and doing hair on a shoot makes me a more attentive model. Both are so detail oriented. I feel that’s what makes a good thing great, or just a potential great thing just good… I feel like both play such a huge role in the creative process of making me, well, ME.

PCS: I would think it’s personally fulfilling for you to give your clients the exact hair style/cut they’re looking for. Is pleasing your clients one of the best aspects of the hairstylist profession?
Graham: Yes! It’s beyond fulfilling… It’s literally the best feeling when you go above and beyond to give your client exactly what they want or need. So much confidence in a woman or man is held in their appearance. Giving a client a great hair cut or color can turn their day/week/month around. I feel so fortunate and lucky I get to give people confidence and power in their lives, it hands down makes my day and gives me the most fulfillment!

PCS: Working in these fields means you operate in the world of physical appearance and beauty. Would you say society has arrived at a point of close to all-including acceptance or are we still far away from this goal?
Graham: Are we as a society close to accepting everyone on a physical appearance level? I think everyday we take a step closer in that direction for sure!

PCS: Would you like to drop any teases or plugs about upcoming projects here in 2016 or should people wait and be surprised?
Graham: 2016 is shaping up to be the most productive year in my life so far. I’m just so excited to be alive and so grateful I get to wake up everyday doing what I love and pushing my own boundaries… I have a lot of stuff in the works but nothing I can talk about just yet, so I guess you’ll just have to stay tuned!

PCS: Thank you again for the interview, especially since this marks Pop Culture Spin’s first ever Q&A with a male model. In closing, can you please tell the fans out there where they can follow and connect with you online?
Graham: No, thank you! I feel so honored I got to be the first male model you’re interviewing, so thank you! Yes of course. You can find me on Instagram @grahamnation, Twitter @grahamnation303, Facebook.com/grahamnation, and YouTube.com/grahamnation.

Thank you all for taking the time to read this and all your support! Also huge thank you to you Tyler and the whole Pop Culture Spin family for having me!