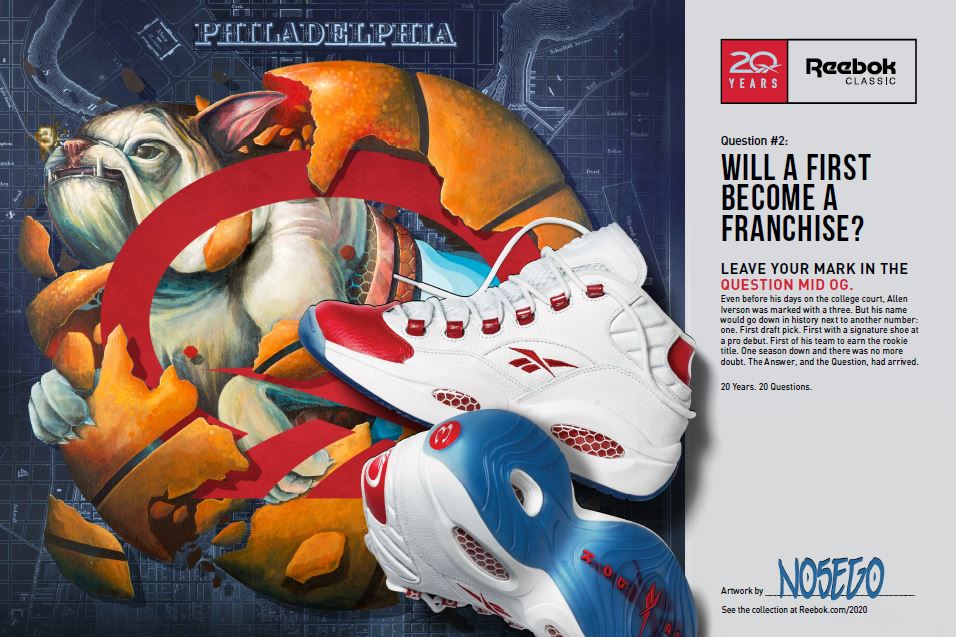 Reebok Classic’s The Question is a certified classic. It’s uniquely made for a uniquely-made superstar-turned-legend in Allen Iverson, formerly of the NBA’s Philadelphia 76ers. The Question Mid OG is being celebrated as it again is being re-released with the same dynamic traits that made it legendary in the first place.

See more of the Question here, courtesy of our friends at Reebok Classic.

The Question Mid OG was the first pair of shoes that Allen Iverson wore on court.  From the pearlized red leather toe, the translucent ice outsole, Reebok’s patented Hexalite technology, and the iconic “Q” logo on the back collar, the Question Mid signaled a new era of basketball with Allen Iverson’s trademark lightning quick moves, cementing him as a true star.

Over the course of his first season, Iverson wowed audiences with a string of 40 point games and earned the title of Rookie of the Year.  The Question Mid OG also birthed one of the top moments in Allen’s history, where a rookie Iverson went head to head with Michael Jordan with what became his legendary crossover move. This one play inspired legions of fans as they tried to recreate The Crossover on their own. Please be on the lookout for additional imagery related to this moment later today!

The Reebok Classic Question Mid OG is at retailers including Reebok.com, Finish Line and Sneaker Villa. 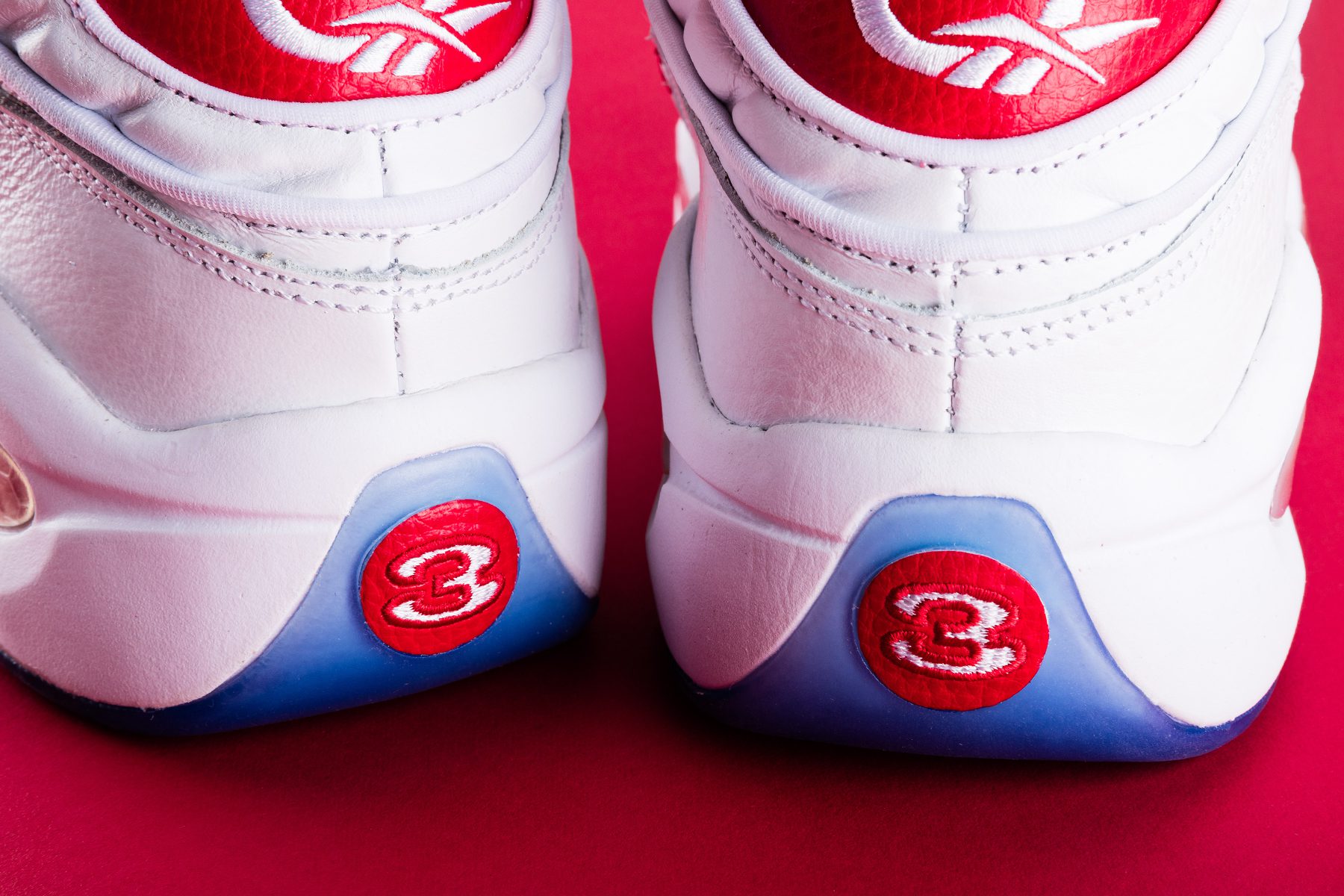 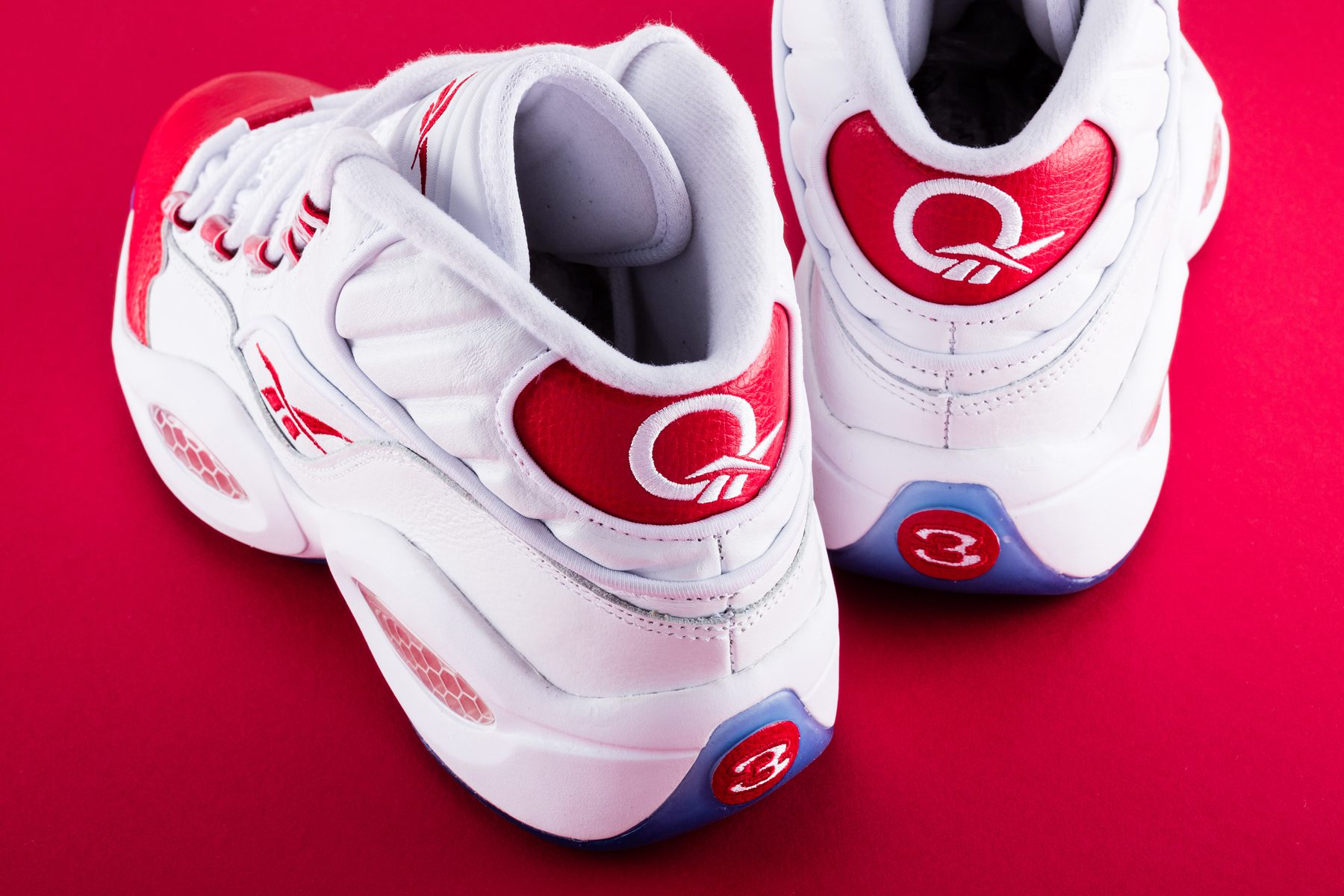 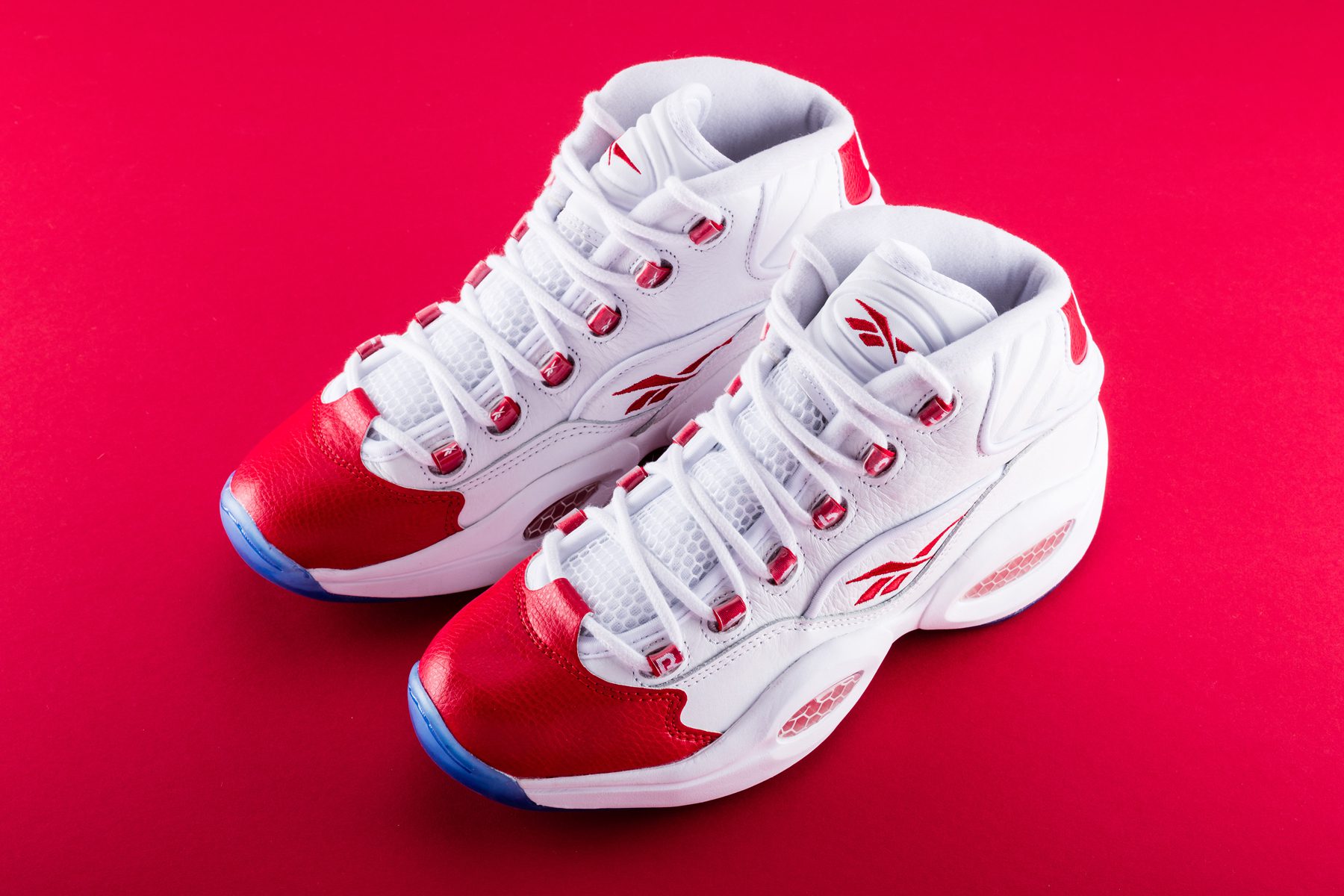 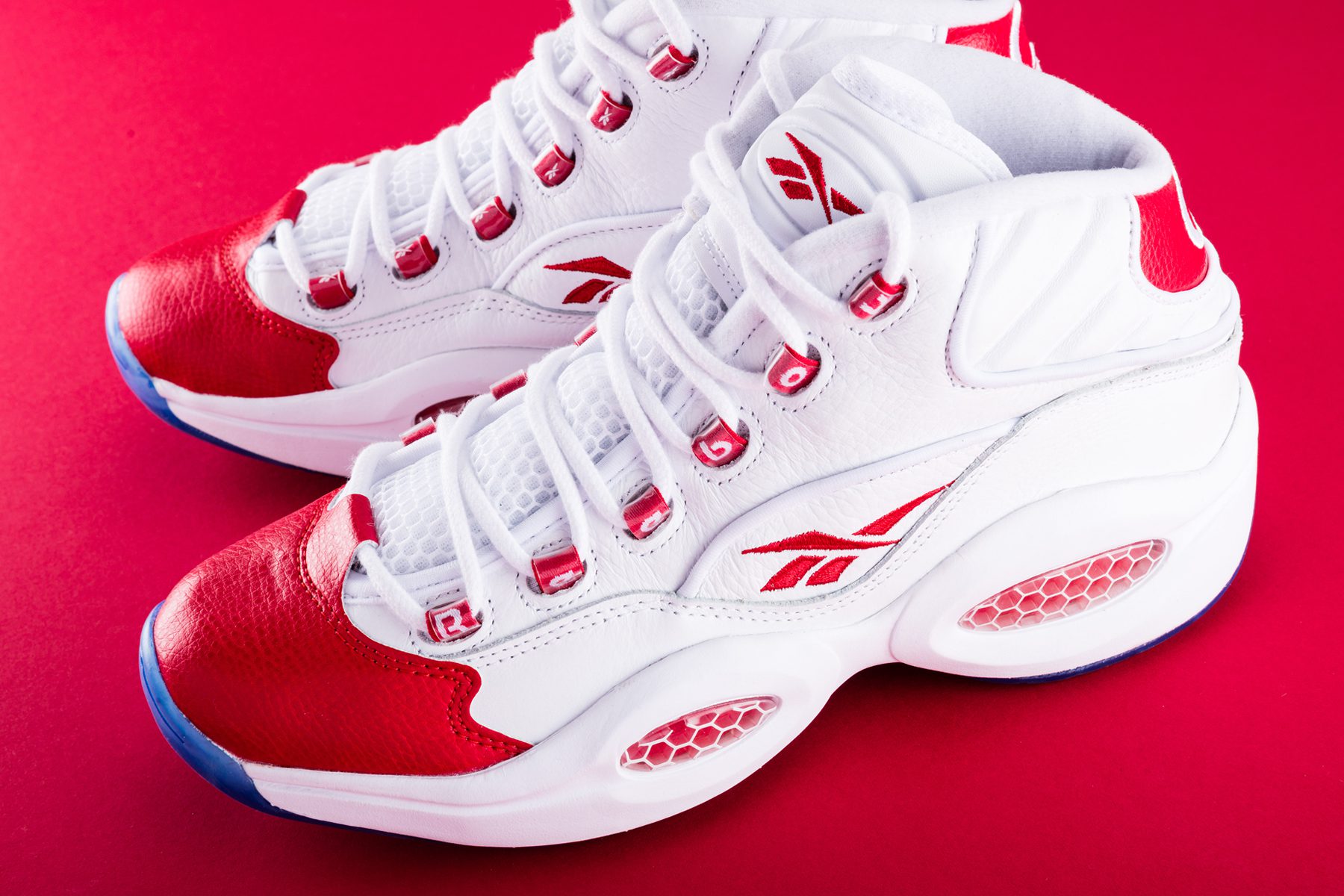 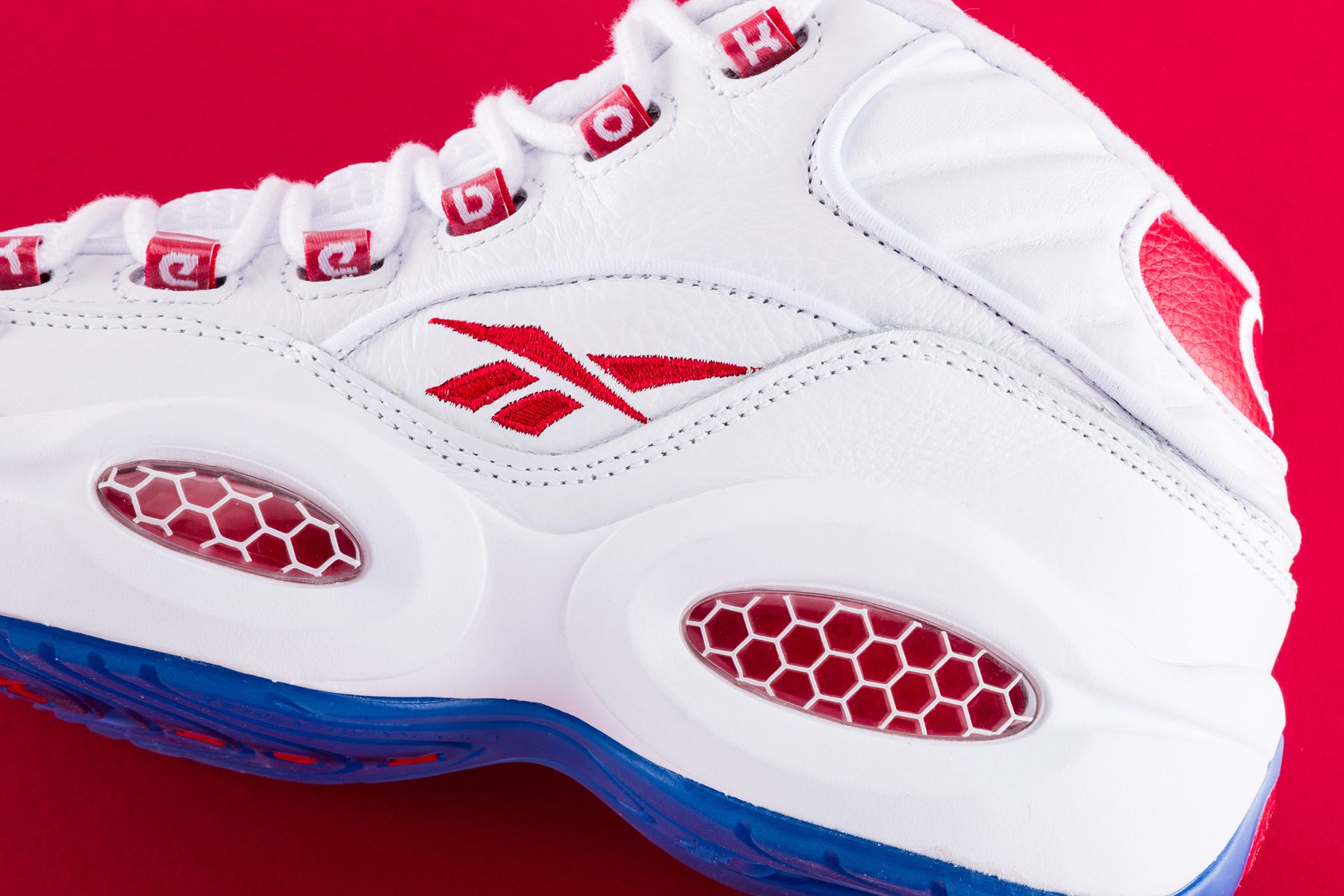