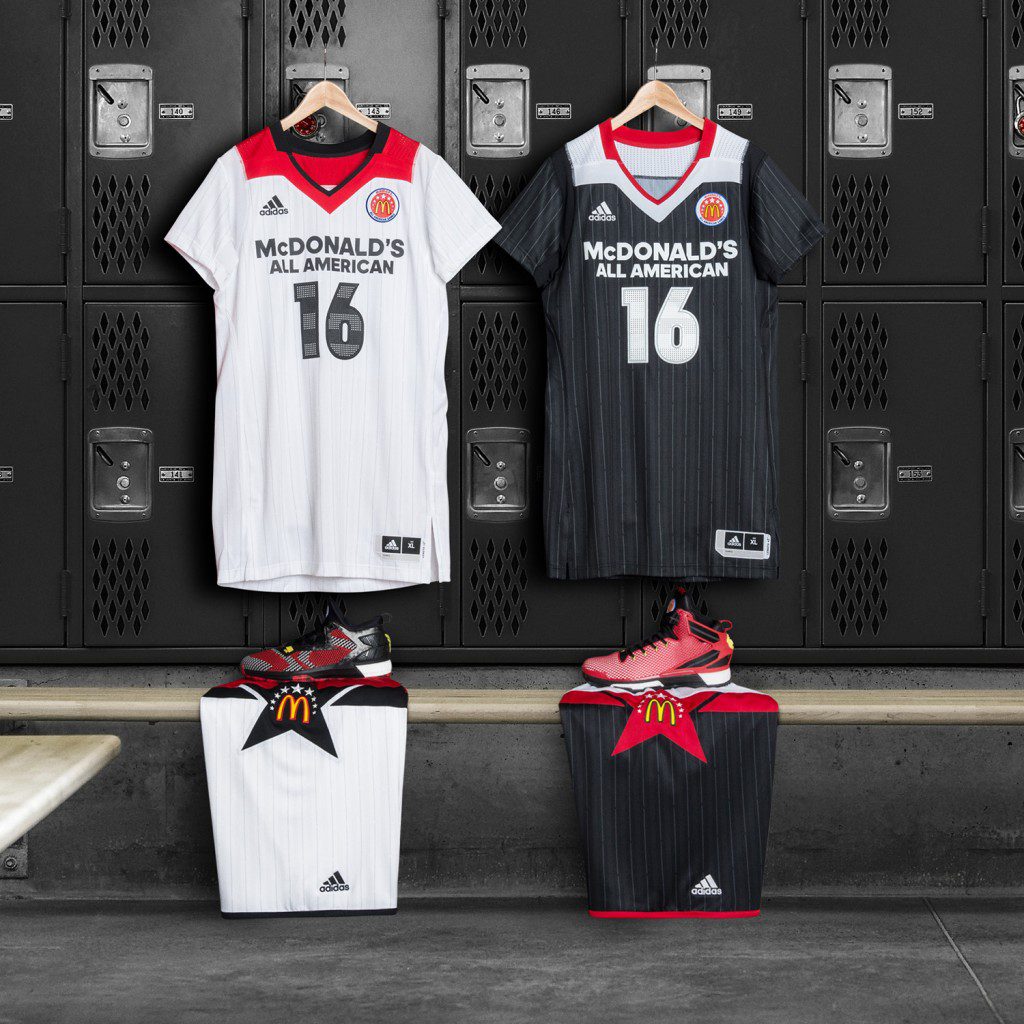 Brought to you by McDonalds and our friends at adidas.

adidas and McDonald’s today debuted the new uniform and footwear collection for players competing during the 39th Annual McDonald’s All American Games at Chicago’s United Center on March 30. The collection brings the latest adidas technology to the nation’s best high school basketball players, including both men’s and women’s jerseys that feature a modernized pinstripe design to celebrate Chicago’s iconic sports history.

The men’s collection features a three color uniform system that incorporates black and white sleeved jerseys with red accents, color-blocked game shorts and a nod to the uniforms of Chicago’s professional sports teams with pinstripe detailing. Constructed with 3M reflective materials, the jersey name and layered-numbering are hit with a metallic finish. The shorts are designed with an enlarged star and McDonald’s logo on the right leg and a graphic print on the underside of the waistband that reads “All American” when rolled up.

Comprised of red and white jerseys with black accents, the women’s collection features diagonal pinstripes along the racerback top and short bottom, pops of color on the jersey collar and reflective name and numbers. The shorts display an enlarged star and McDonald’s logo on the lower right leg, as well as a pattern comprised of McDonald’s iconic Golden Arches on the inside of the waistband. 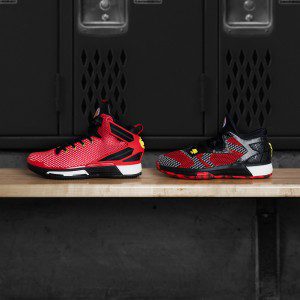 This year’s POWERADE® Jam Fest, to be held at Chicago Theatre on March 28, includes a black and yellow uniform designed with reflective pinstripes along the men’s sleeves, women’s jersey top and on both short’s extended waistband and trim. Jersey numbers, names and the McDonald’s logo on the short are designed with reflective hits, while the McDonald’s Golden Arches logo is showcased when the waistband is rolled up.

Players will lace-up the latest adidas basketball footwear including a limited edition colorway of the D Lillard 2 and D Rose 6 signature shoes from NBA All-Stars Damian Lillard and Derrick Rose. Each shoe has red, black and white Primeknit threads, black detailing treated with a metallic gloss finish, yellow accents and a camo-print outsole while the McDonald’s All American Games logo is featured on the tongue.