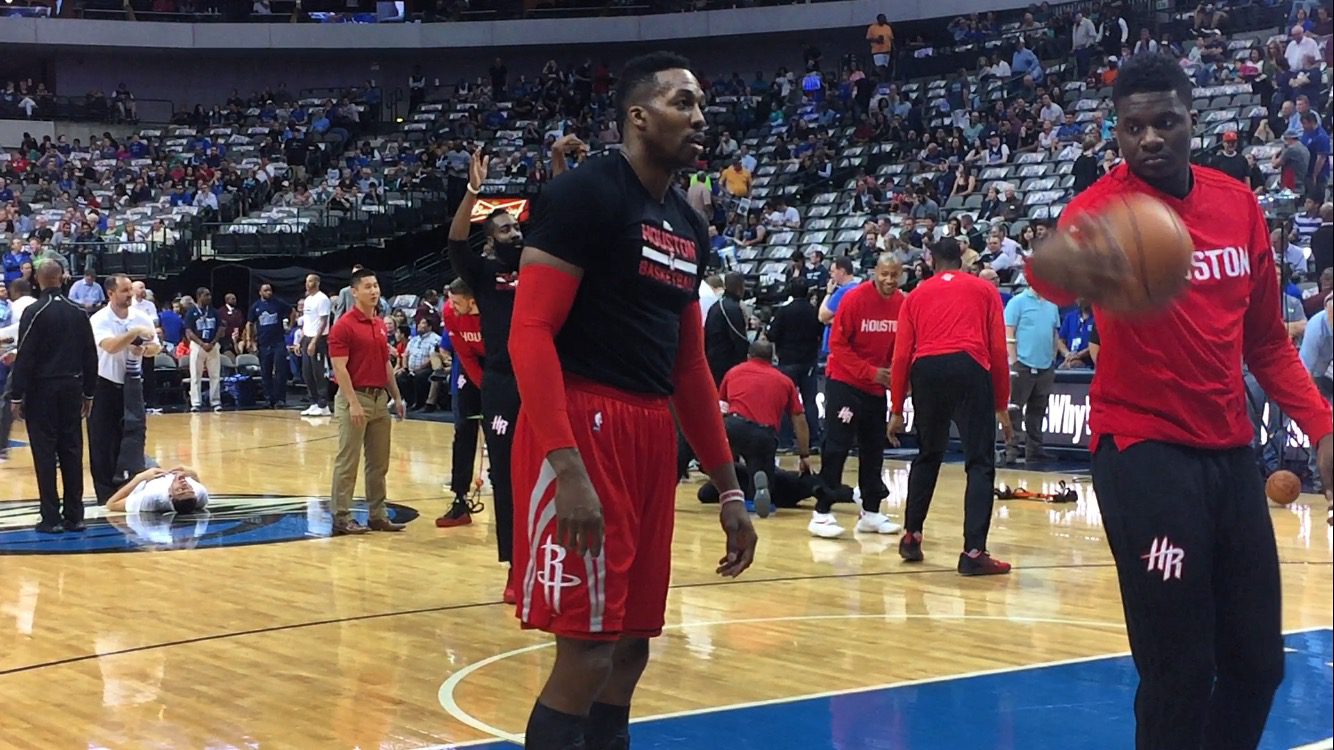 For five seconds in the final quarter of Wednesday night’s Dallas Mavericks game, fans crowded in the American Airlines Center forgot that everything was on the line playoff wise for their once struggling team. There was no past, no future, just this specific time frame that consisted only of the strident-laced present. A chant of “Houston sucks” started with the section of the crowd that was sitting directly in front of former Maverick, now red-donning enemy Jason “Jet” Terry as he stood on the free throw line with 2.6 seconds remaining in the game. The Mavericks were only up by three points over the visiting Houston Rockets when Terry was wisely fouled, and now stood on the line.

After Jet knocked in one FT, Wesley Matthews, knowing that the Rockets had a torturous knack of being a fatal fourth quarter team, managed to chase down a loose ball at the 2.5 second mark and literally fell out of bounds while tossing the ball clear across the court in order to successfully kill the clock.

Not only did the save give his Mavericks the 88-86 win over Houston, but now the Mavericks are resting in seventh place in the Western Conference and are eagerly looking to secure their place in the postseason.

“Houston is a high scoring team,” Dallas coach Rick Carlisle expressed following the game. “They are very talented and the highest fourth quarter team in basketball. What they have been doing is seducing people into getting into up and down games in the fourth and we felt we needed to keep it close and not allow that to happen.”

There were many components that helped push the Mavericks two games over .500, including J.J. Barea (27 points), Matthews (16 points) and Dirk Nowitzki, the 37-year-old superstar veteran who managed to strip the pesky James Harden of the ball with 5.4 seconds remaining and his team only holding on to a one-point lead.

The steal even stunned his teammates.

When asked if he ever would have thought that one of the biggest plays of the game would be a Nowitzki ball steal, Matthews cackled and smiled. “Uhhh… no.”

Other plays mystified as well, including rookie Justin Anderson’s impressive block of a Trevor Ariza layup.

Anderson gave a massive Simba smile when asked about the block. “I haven’t seen it (the replay) yet, but I guess I got it pretty good for everyone to keep asking.”

“You want to play in the postseason,” Matthews said. “That mentality of ‘we’re not going home early’, we’ve fought too hard this year, we’ve come from too much adversity and battled in so many games that we’re not ready for our season to be done. We still control our own destiny.”

And in odd locker room weirdness history, never cross the Mavs PR department. One of the most bizarre occurrences of the night (other than that Dirk steal) happened when an intoxicated fan managed to slip into the locker room with the heard of press members – an extremely rare scenario since there’s usually only a handful of familiar media faces attached to the Mavericks (ESPN was covering Wednesday’s game, so there were over a dozen more reporters sniffing around). PR acted quickly and promptly removed the man, but not before he disrupted interviews and had Anderson looking like he was thinking about jumping in to save the day.

Dallas looks to expand their winning streak (and holding their opponents to under 90 points) to six games on Friday night when they face the struggling Memphis Grizzlies at home.