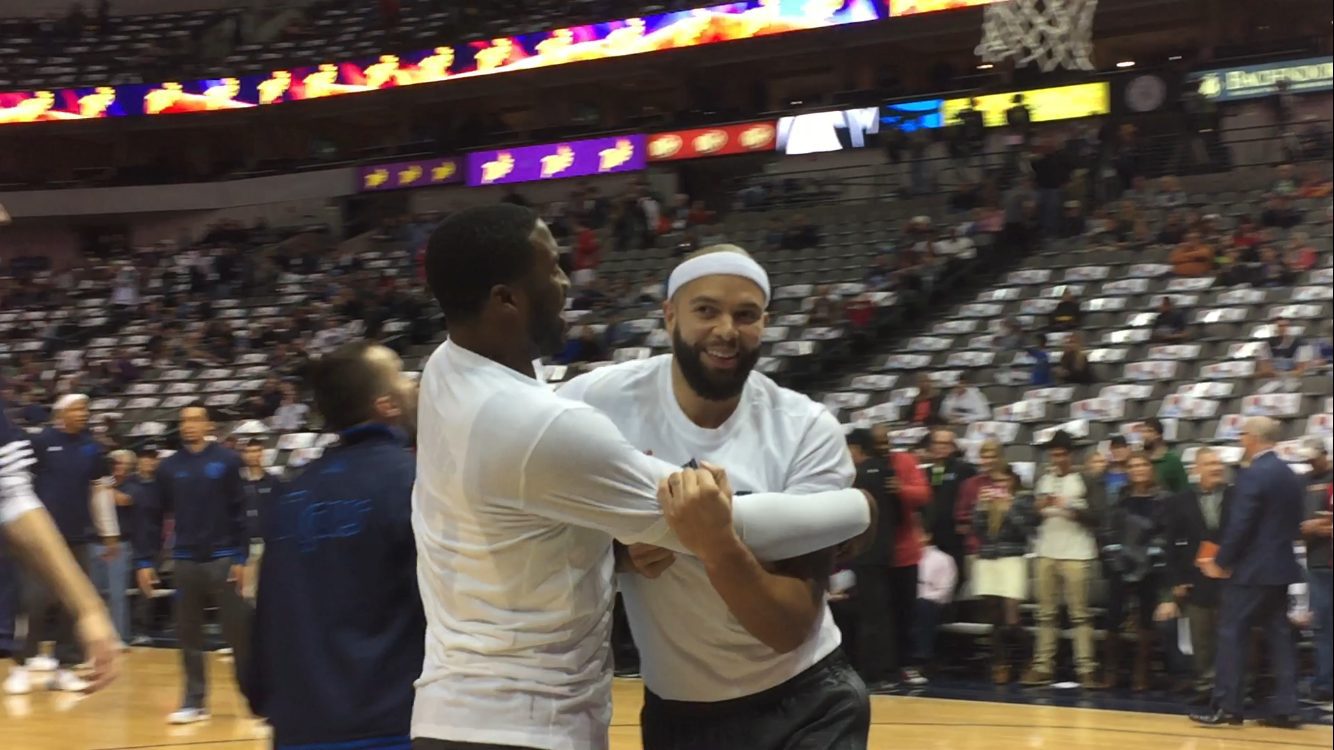 There were only 7.1 seconds remaining in the fourth quarter of Monday night’s game between the Dallas Mavericks and the Oklahoma City Thunder when veteran Raymond Felton stood somewhat tremulous on the free throw line.

Prior to Felton’s trip to the line, teammate Wesley Matthews had hustled in the clutch after spending a majority of the game maundering around the Mavs’ basket with little to no avail, and not only managed to stop a 8-0 Thunder run around the 6:30 minute mark, but nabbed a loose ball from Kevin Durant, who he had been relentlessly hounding the entire night, and nailed a transition layup that put his Mavs up by four with only 14.4 seconds left in the game.

Durant, obviously upset at his piss poor performance during the evening (6-for-31), nailed a three pointer with 9.5 seconds, putting his team within one point of the Mavs.

The Mavericks thought they had it in the bag with Felton on the line. The media thought so too and began to call it in their favor.

The Mavericks were struggling from the free throw line all evening and this particular miss made it all the more worse for the underdogs.

The variegated Russell Westbrook nabbed the ball and darted up the floor as OKC fans laced screams with both wonder and sheer fear, who then dished it over to Durant. Rookie Justin Anderson blocked Durant’s layup attempt while Westbrook missed the putback. It was then up to Steven Adams, who, beyond all measure, tipped the ball in off the glass as the buzzer sounded.

Multi-colored confetti rained down from the rafters of the Chesapeake Energy Arena as the fans enraptured the place with their yells of joy. 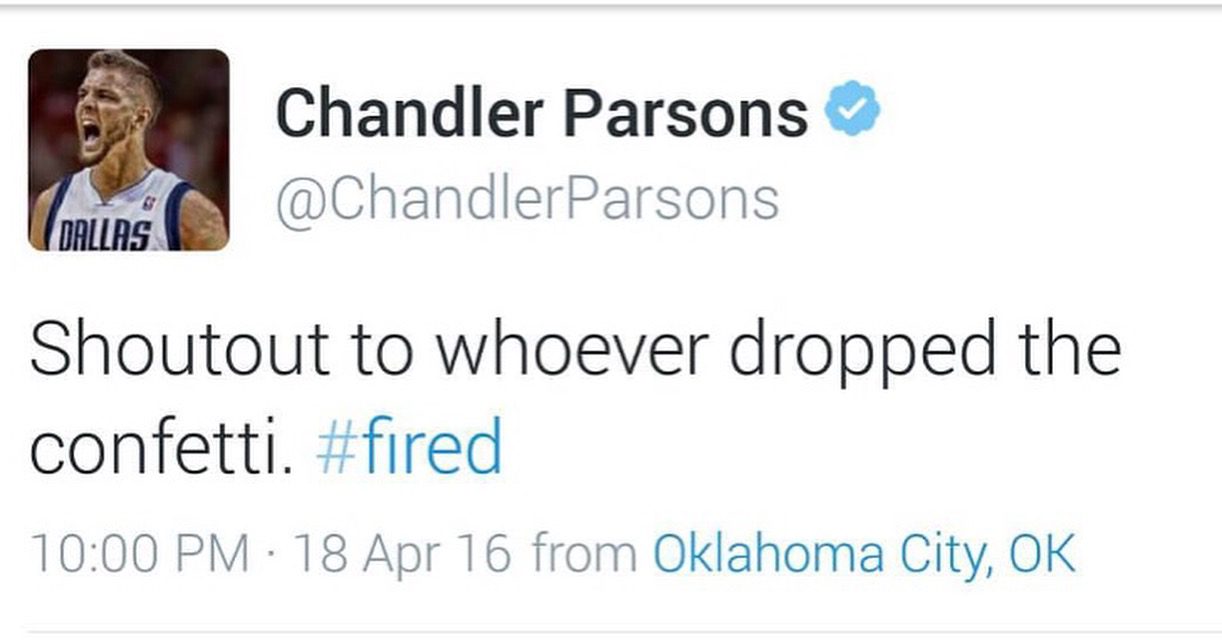 After a 20 second review of the final play, it was revealed that Adams’ hand was still on the ball by the time the buzzer howled and the 14-point underdog Dallas Mavericks had stolen Game 2, winning against all odds 85-84 and pulling off one of the most thrilling playoff upsets in the past 20 years.

There were several components that got the Mavs to that point, the point of vertiginous alleviation, components that included ailing veterans, quixotic moves, and a rookie lovingly dubbed Simba.

J.J. Barea had to sit out Game 2 after re-aggravating a groin strain during their Game 1 loss, joining both Chandler Parsons and David Lee on the bench. Deron Williams almost joined them due to sports hernia and was a game-time decision. Williams took an anti-inflammatory shot before hand it was announced that he would play. And play he did. Williams nearly erased the memory of the soul-shattering loss within the first five minutes of the game, eagerly setting the tone for the rest of the gutsy match up between the sixth and third seed of the Western Conference.

Because Barea was out, it was up to Felton to fill that hobbit-shaped gap in the line up. Felton ended the game with 21 points and 11 rebounds and proved on a national stage that he was more than a New York Knicks afterthought – something Mavericks fans already knew to be true.

But it was Matthews who managed to embody the overall power of the fighting Mavs, in both his emotional state, and grit. The Iron Man held superstar Durant to 3-of-13 whenever he defended him on OKC’s end of the floor, and it was his layup at the 6:30 mark in the final quarter that silenced the roaring Thunder.

I said before that these aren’t your typical Mavericks and cussed relentlessly about them during their Game 1 loss. This team has been beaten to the point where enough is finally fucking enough, and they’re ready to send an electric shock down the spine of the NBA with the world watching.

The series moves back to Dallas on Thursday evening at the American Airlines Center.