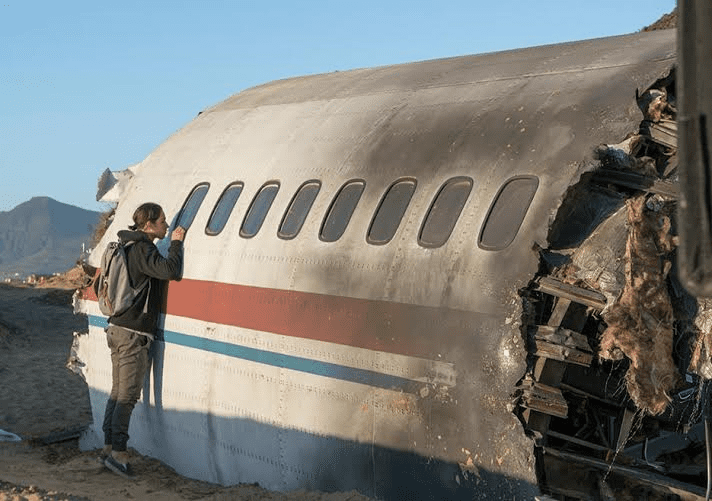 Although I’ve enjoyed Fear the Walking Dead so far this season, its episode this week was disappointing overall. Despite not blowing me away, it still had some great moments that will keep me watching the rest of the season.

I just really felt like nothing happened for the first 45 minutes of this episode. I wasn’t that excited about the beginning that featured characters from the Flight 462 mini-series because I haven’t had the chance to watch any of it yet. It was interesting to see how their story ended up, but I just wasn’t invested into what was happening. I did start to like the Charlie girl when they made their appearance again at the end of the episode and I made the premature assumption that she would be one of my favorite characters. Unfortunately for me, Strand ruined all of that, but more on that later.

A large portion of Fear the Walking Dead this week focused on Travis trying to fix the yacht, which was pretty much a zero on the exciting scale. We obviously knew it would get fixed, so the whole storyline seemed like a pointless venture for the writers. I guess every show has to have filler material like that, though.

The other portion of this episode featured the kids and Daniel going to land to search through the luggage that had washed up from the crashed Flight 462. In this storyline we got to see Chris get slightly more unhinged when he had to mercy kill one of the passengers from the plane. Just like killing the infected last episode, he struggled at first then seemed to enjoy it just a little too much. He is definitely going insane at some point this season.

I’ve decided that along with Chris, Daniel is one of my least favorite characters. He is fairly one-dimensional and a great example of this is when he won’t let Ofelia ask Maddie for any medicine to help with her infection. Really? You aren’t going to owe them all some kind of life debt if they let you borrow some antibiotics. The dude is psycho and he is going to get himself or Ofelia killed if he doesn’t change his ways.

The best scenes from this episode of Fear the Walking Dead came in the last few minutes when the group on the beach has a run in with Charlie who is running from a giant horde of zombies. This was their first real encounter with a horde of this size so it was interesting to see how the handled themselves. Everybody was doing well until Alicia got into some trouble with one of the many infected surrounding them. Luckily the blood and guts that covered Nick came to the rescue. He used the zombie guts to blend in with the other infected, which is a tactic we’ve seen used many times on The Walking Dead. I liked that they brought this strategy back because it shows that Nick is fearless and willing to do whatever it takes to survive and protect his family. More points for Nick in the competition for my favorite character. He’s winning by A LOT.

At the end of this episode we got to see just how heartless Strand is when it comes to his “no new passengers” rule. Everyone decides to let Charlie and Jake be towed behind the yacht until they are at least somewhere safe. A little while later, however, Strand decides he doesn’t like this plan anymore and proceeds to cut the rope they are using to tow the new characters. They will surely die now, and I won’t get to see just how cool of a character Charlie could’ve been. Strand’s cold-blooded actions pissed Maddie off even more than she already was, and they will definitely have a big confrontation sometime soon.

Let’s hope that Fear the Walking Dead gets back to the creativity it has shown in the first couple episodes of this season, and amps up the excitement just a little bit. I’m all for episodes with more drama and less action as long as they are done the right way. Unfortunately this week the writers just missed their mark, but I’m still looking forward to how the season will continue to develop.