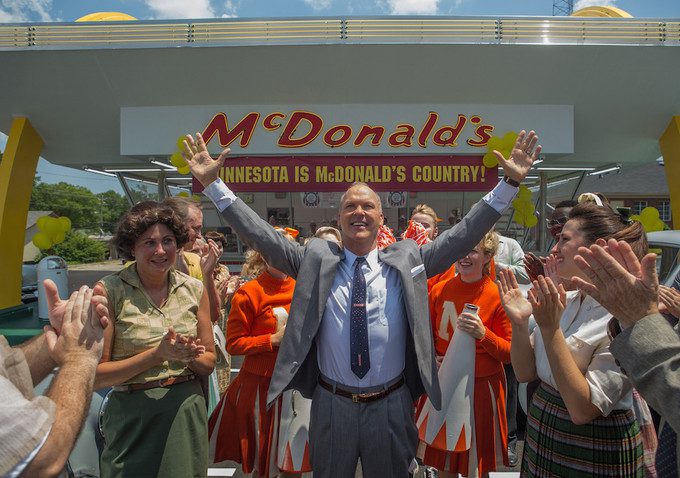 Michael Keaton has been on a roll lately. He’s starred in the last two Best Picture of the Year winners: Birdman and Spotlight. He earned a Best Actor Oscar nomination in 2014. Now, he’s starring in The Founder, a biopic that tells the story of McDonald’s pitch-man Ray Kroc who stomps his way to the top to become the man in charge.

The film also stars Parks and Recreation’s Nick Offerman, playing Dick McDonald, one of the two McDonald brothers. Most of the promising trailer showcases Offerman and Keaton; however, the film also stars Laura Dern. This is looking to be another worthy project for Keaton, who has been on comeback mode since 2014.

The script was penned by Robert D. Siegel, who was responsible for writing The Wrestler, and the man in the director’s seat is John Lee Hancock, director of The Blind Side. The script was actually one of the top entries in the 2014 Black List, meaning that it was one of the industry’s favorite unproduced screenplays. The following year, it was at the center of a fierce bidding battle, and eventually got a green light.

Keaton has seemed to find yet another role that has Oscar potential, and one that will allow him to play a villainous character once again. Does anyone recall how good he was as the bad guy in Pacific Heights or Desperate Measures? His range and intensity looks to be a perfect fit for the role of Ray Kroc. We’ll see if the film serves up some super-sized goods this summer. The story of the McDonald’s founder hits theaters on August 5, 2016.