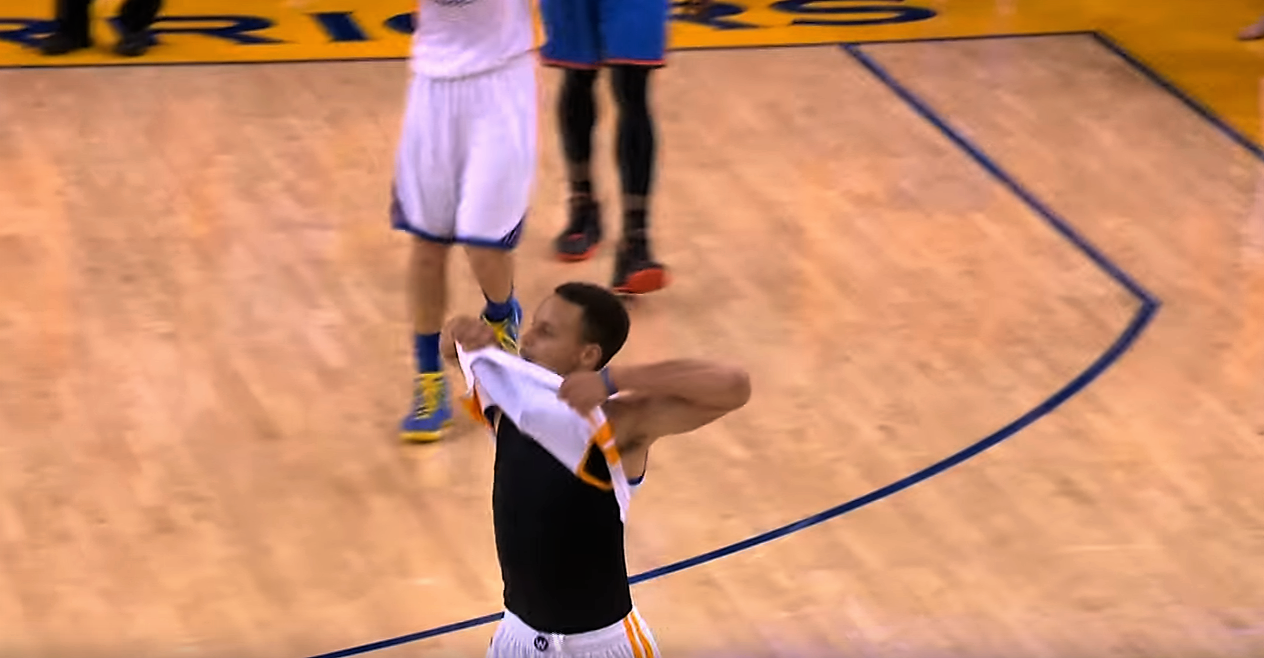 The Golden State Warriors have overcome a 3-1 series deficit by defeating the Oklahoma City Thunder 96-88 in Game 7. Putting into words what transpired in Game 7 isn’t easy. For the first half, the Warriors looked uncharacteristically sluggish. But instead of OKC building a massive lead as the defending champs lacked a cohesive form, the Thunder led by just six after 24 minutes.

Golden State’s 29-12 third quarter shifted the vibe of Game 7 dramatically. It went from it realistically feeling that the Warriors would lay an egg at home to taking full control of who would represent the West in the NBA Finals. Klay Thompson began 0-7 from the field but finished 6-11 on threes for 21 points. Stephen Curry, in a true MVP performance, dropped 36 points on 13-24 shooting (7-12 on threes).

A gigantic play happened when the Warriors were up four late in the fourth with Curry being guarded by Serge Ibaka. As the shot clock neared its end, Ibaka fouled Curry and the back-to-back MVP drilled all three free throws. This helped stop the momentum of a Kevin Durant 7-0 run during his 27-point on 10-19 shooting performance.

As referred to above, this was a strange game. Look at the score to drive home that point. For all of Curry/Thompson’s three-point shooting dominance, the Warriors ended Game 7 with only 96 points. The majority of this game was GSW playing poorly in most offensive facets aside from long-range shooting (went 17-37 on triples as a team), and that deep shot-making ended up being enough to compensate for a less than stellar game in other areas.

What should be upsetting for the Thunder is Russell Westbrook‘s Game 7 efficiency. As always, his line looks great – 19/13/7. But 7-21 shooting on the road in such a monstrous setting doesn’t cut it. Beyond him, Ibaka contributed with 16 points, but his aforementioned foul on Curry truly doomed any chance of a Thunder comeback.

Steven Adams struggled in the paint as seen by his 9 points on 11 shots. Dion Waiters, a player who somehow avoided a technical foul after he yelled “bullshit” in a referee’s direction multiple times early in this contest (perhaps fan noise prevented the officials from hearing this), was only 2-9 from the floor (0-5 from deep). Andre Roberson had 12 rebounds, although he went 2-11 on shooting.

While Curry/Thompson carried the majority of the weight, GSW did receive bench contributions. Marreese Speights made an early three, Shaun Livingston had a pivotal dunk/three-point play, and Anderson Varejao had the best two-minute playing time game a human could possibly have. Varejao put the ball on the floor and made an impressive layup in the second half that made the crowd go bonkers. Draymond Green finished with a 11/9/4 line, not his best performance, but the expected Draymond nastiness was there.

In the end, here’s all one needs to know – the Splash Brothers were lethal from deep territory, and Durant didn’t receive enough assistance from Westbrook or other role players for OKC to have a reasonable chance. This is an article for another day, but within that takeaway exists a big offseason decision for KD, a marvelous player who poured his heart into this series. Even in defeat, no one can dismiss the Thunder’s strong playoff run and gritty effort.

Moving forward, we have an NBA Finals rematch between the Warriors and Cleveland Cavaliers. There’s no such thing as a small Finals matchup, but the history here is extra monumental. LeBron is attempting to avoid losing three straight Finals while simultaneously attempting to bring his first to Cleveland. Golden State is attempting to cap off a 73-win season, complete a repeat quest for two championships, and solidify itself as one of the greatest teams in the history of basketball.