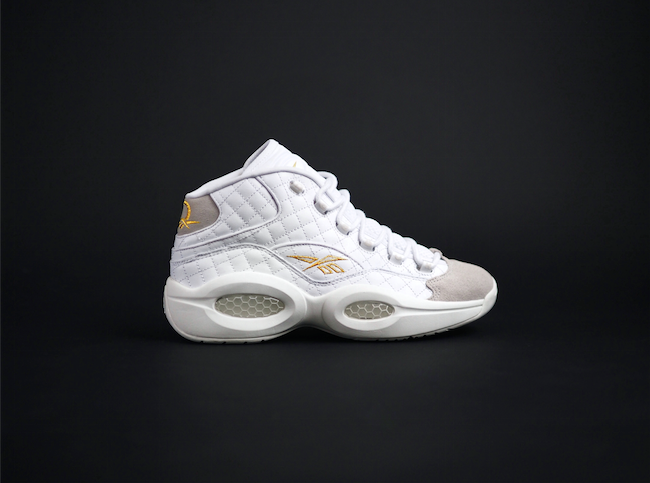 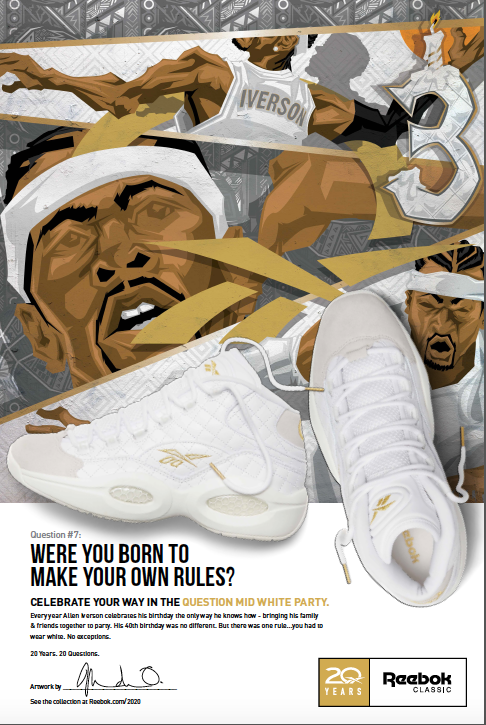 The Question Mid “White Party” features a premium leather upper with quilted stitching in white, with a chalk color suede hit at the toe cap and heel. Adding to the impeccable colorway is metallic gold embroidery for all branding, along with a chalk colored midsole and outsole.
Celebrate Allen Iverson’s birthday by picking up the Question Mid “White Party” on Tuesday  June 7th at Reebok.com and Eblens for $149.99