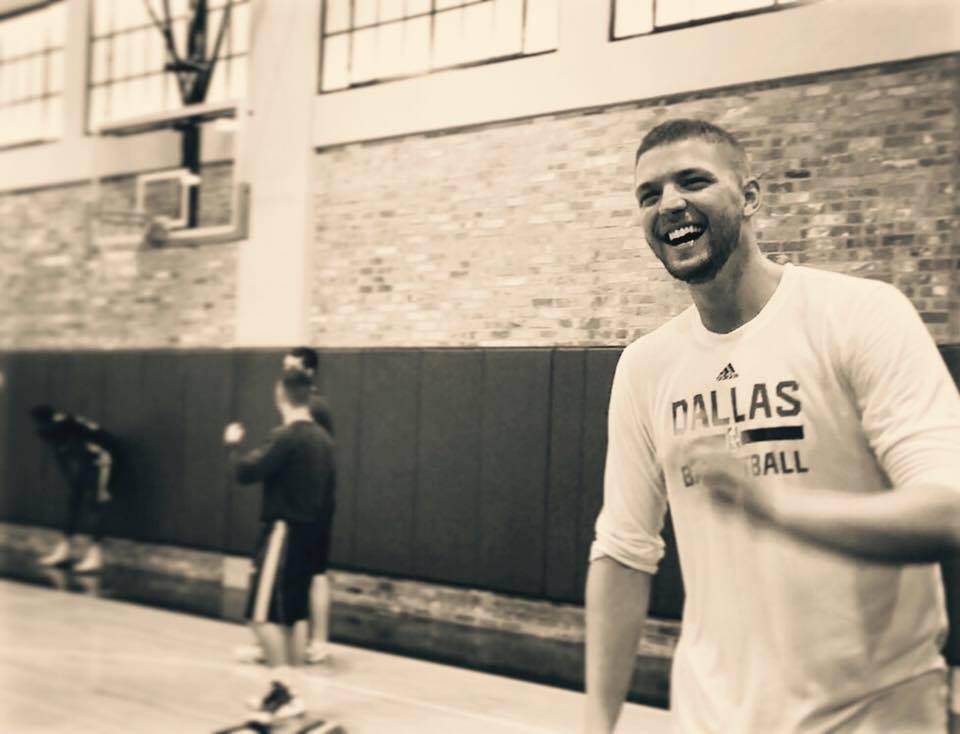 Five minutes before the clock struck midnight, a moiety of the press that covers the Dallas/Fort Worth Metroplex felt a tinge of brutal optimism at the approaching NBA free agency – something fairly uncommon considering the quite often caustic temperament of the sports media. Most peered Argus-eyed at Twitter for the following hour, anxiously stalking NBA insider, and guy who looks like the spitting image of your mom’s geeky accountant, Adrian Wojnarowski as he stalked free agent Hassan Whiteside from behind a bush outside his bedroom window, probably. Ostensible word around tweetverse was that Whiteside was leaning more toward signing with the Dallas Mavericks rather than returning to the Miami Heat, so eager journalists went to bed with a smirk on their faces.

Boy, was that stupid.

As the morning light ricocheted off the windows of Reunion Tower, fans and press alike woke up to some ball-busting news: Whiteside announced he was staying in Miami.

On Snapchat to boot. And he didn’t even have the decency to use that showy head of flowers filter in order to amuse me. How dare he.

From there, Dallas’ house of cards began to crumble throughout the course of the day as all other options slowly backed out of the room without making eye contact. Around midday, small forward Chandler Parsons signed a 4-year, $94 million dollar max deal with the Memphis Grizzlies after being wooed by Mike Conley and his NSync body-double Justin Timberlake (a minority owner of the Grizzlies).

The handsome era in Dallas was short, but hell, was it fun.

It was speculated that 27-year-old wouldn’t return to the Mavs after Dallas decided not to offer him a max deal due to his nagging knee issues and wanted to instead offer Whiteside and Conley max deals in turn. Now, to the naked eye, Parsons saying “bye, bitch” to the Mavericks seems rather selfish, especially if you take into consideration that Dirk Nowitzki took a cut in order for the Mavs to throw more money at Parsons – but we who witnessed his tenure here know better. Parsons did what he had to do and now the Grizzlies are going to be all the more powerful for it, and he knows it.

Many are pointing fingers at Mavericks owner Mark Cuban, who tends to gamble high in order to recruit some big FA names, but always manages to cut his nose off despite his face. EVERY. SINGLE. YEAR. He offered up Parsons as a virgin (heh, yeah right) sacrifice in order to lure Whiteside and Conley to the table, only to have all three give him the finger in return.

This is when it hit me. Cuban, like some OTHER well-known billionaire Texas team owner (we shall call him “Berry Bones”) are very much akin to a little something known as Ice-Nine. For those of you are aren’t insufferable nerds who spent most of their childhood holed up in their room reading anything and everything, Ice-Nine is a type of polymorph that can freeze water at room temperature so that it becomes a form of ice that can only melt at 114.4 degrees Fahrenheit instead of the usual 32 degrees. The fictional material was created by author Kurt Vonnegut and used in his novel “Cat’s Cradle”. In the novel, the material was invented to crystallize water in order for Marines to simply walk across wet and muddy areas instead of drudging through it, boggled down by the weight of their supplies. However, as the characters in the novel quickly learn first hand, Ice-Nine is actually a destroyer of ALL LIFE ON THE FACE OF THE PLANET. Once it hits one body of water, it ends up freezing all of earth’s oceans, causing a feverish apocalypse.

Like Ice-Nine, Cuban having a very personal hand involved with his Mavericks is a good idea in THEORY, but in the end, it’s a fucking catastrophe composed of the worst possible proportions and his very hand may cause the franchise he helped turn-around shatter like fragile glass. Every year he puts all his FA eggs in one basket. And every year he runs over said basket with a Mack truck. People know that’s what usually happens when all you have is a Plan A followed by a bottomless black abyss. Now we watch as Cubes clambers about on all fours, desperately sniffing out below the barrel FAs along with trading options (Sacramento Kings’ Rudy Gay has been mentioned, but it feels like to me the Mavs and the Kings are constantly swapping wives like we’re on the top deck of a swingers cruise) because no back up was properly mapped out.

Out of the fans, the franchise, the front office, the teammates, this seemingly Cube-shaped apocalyptic debacle affects one person the most: Nowitzki.

Is this the best the billionaire can offer his superstar during his NBA twilight years? Are you fucking kidding me? If you didn’t have Dirk, you wouldn’t have the Dallas Mavericks. Last year served as a dimly lit portend of sorts (*waves at DeAndre Jordan*) for this current offseason, yet Cuban still managed to burn himself again, therefore burning Dirk as well. Instead of offering Parsons the max in an attempt to keep him in Dallas, which would have most likely lured Conley away from Tennessee, the owner decided just to set himself and the sky on fire by using a GODDAMN ANIMATED VIDEO to pitch to Whiteside. Yes, you read that right. He used an honest-to-God douchtastic cartoon.

Now all that’s left is ashes raining down on top of his toe-headed All-Star.

Time to pull your head out of your ass, Mark.