The new boxing film Bleed for This now has a trailer! This film is based on the true story of Vinny Pazienza,  better known as Vinny Paz, the boxing legend who won five world titles and made one of the biggest comebacks in sport’s history after bouncing back from a broken neck that he suffered in a car accident. 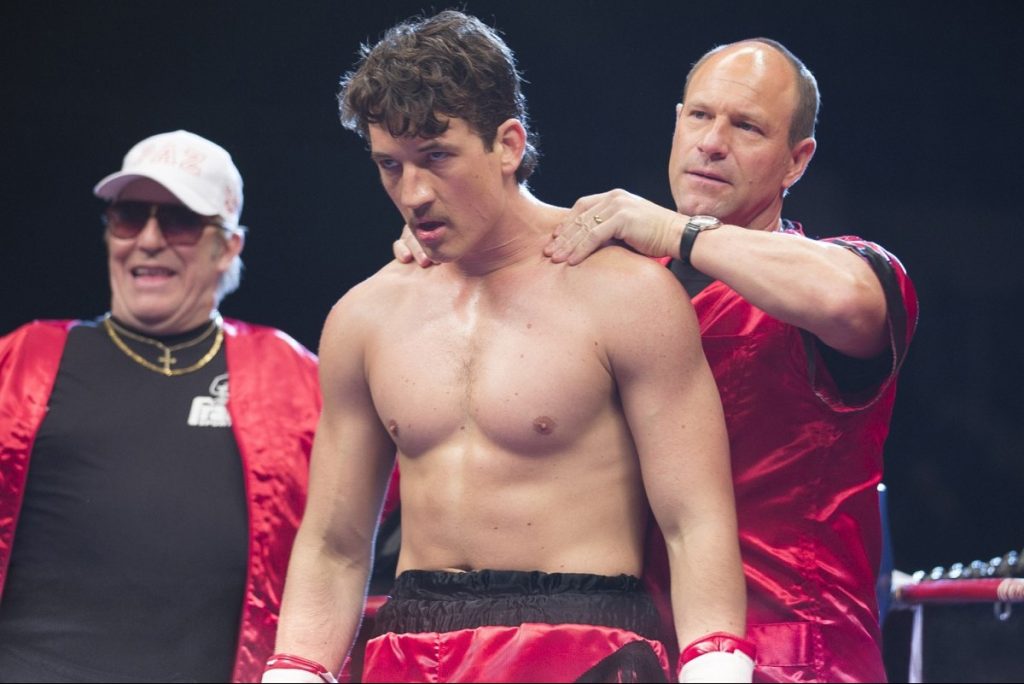 Bleed for This (Verdi Productions)

Miles Teller will be playing the former super middleweight champion, and they seem to have picked the right actor for the part. Teller, who was amazing in Whiplash, got into boxing shape for the role in which he seems to utilize his intensity quite well (based off of the trailer). On top of that, Teller experienced a near-fatal car accident in 2007, allowing him to relate to Vinny’s horrific scenario much easier. The underrated Aaron Eckhart is also in the film, playing Vinny’s trainer, Kevin Rooney, most famous for training Iron Mike Tyson in his prime.

In the director’s chair we have Ben Younger, who hasn’t made a feature film since 2005’s Prime, but has some solid skill, as seen in his film, Boiler Room. Bleed for This seems like it will deliver something different to the world of boxing films. There seems to be a boxing film revival with Creed. If Creed is this generation’s Rocky, could Bleed for This be this generation’s Raging Bull?