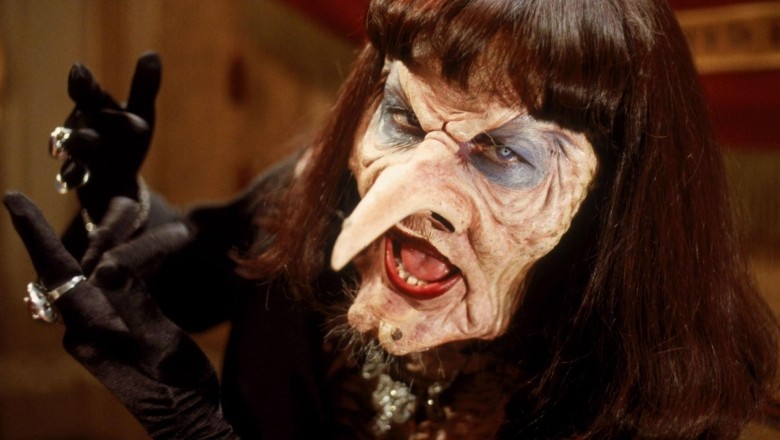 You’d think if Pee-wee’s Big Adventure scared me to the point that I didn’t sleep for weeks, that a movie like The Witches would have actually just killed a crybaby like me. However, somehow The Witches was a favorite of mine growing up despite its horror fest premise.

Roald Dahl is the shit, and also quite possibly a little insane. Only an insane man would think to imply the death of a little boy by chocolate river or turn another little boy into a mouse for life (unlike the movie, the book version of The Witches has a slightly more depressing ending).

So even though I was scared by my own reflection at night, I knew that Roald Dahl and his evil genius deserved respect. I devoured his books and movies with equal amounts of intensity. Even as an adult I cannot wait to watch the BFG even if my boyfriend says it looks stupid, but then again he never read the book so what the fuck does he know.

I could probably do a whole subseries of throwbacks just watching all of my favorite Roald Dahl movies. It’s been a long time since I’ve rewatched any of his movies – except Matilda, which I watch anytime it’s on TV because it should be against the law to scroll past Matilda – and I don’t remember much about them besides the obvious fact that they’re all AWESOME. The Witches was just as fantastic as I remembered it, and slightly more horrifying – good thing I’m an adult now (and that I watched it while it was still light out).

Like most kid’s movies of the time The Witches is a pretty fast paced movie, with much of the exposition happening without much context or connection. But once Luke and his grandma get to their hotel in England where the Grand High Witch is holding her witches convention that’s when shit starts going down.

Luke’s grandma had told him all about how to tell a witch apart from a normal nice lady offering you free candy. Witches have a purple tint to their eyes, wear square shoes due to their toeless-ness, and can smell children (however, unlike the Child Catcher in Chitty Chitty Bang Bang who fucked me up for years it’s slightly less life-scarring when they do it).

So when Luke stumbles on their convention he’s quick to realize they’re all witches, and he understandably freaks the fuck out. Unfortunately the witches catch Luke – for some reason not by using their magic but by chasing him like Muggles instead. Luke gets turned into a mouse and escapes to tell his grandma that they plan to turn all the kids in England into mice as well. Together the two of them, plus Bruno, Luke’s friend and my spirit animal (he’s totes fine being a mouse because it means he can live in the kitchen cupboard with the food) plot to turn all the witches into mice as retaliation.

There’s a lot of unnecessary subplot, like Mr. Bean and some hotel employee clearly getting it on the whole time this is happening, as well as Bruno’s dad being a giant tool who flirts with the Grand High Witch right in front of his wife. 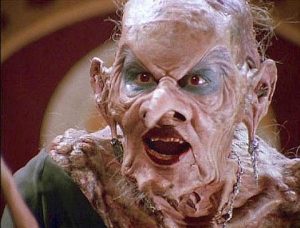 There’s also lots of terrifying parts that would scare any normal child, let alone me, beginning with the Grand High Witch taking off her skin mask to reveal a horrifying monster of a woman, and ending with said monster turning into a hairless mouse only to be cleavered into a pile of green goo.

I legitimately have no clue how they got away with it all, because it’s all seriously fucked up, especially given the surprisingly amazing effects for the time – excluding the lasers that the Grand High Witch shoots out of her eyes at one point, that was garbage. Even Roald Dahl found the end result slightly terrifying, but then was pissed that the studio tried to make up for it by ending the movie with Luke turning back into a boy? Clearly Roald couldn’t make up his mind.

Honestly, I probably would have enjoyed the movie much more as an adult if Luke had stayed a mouse, the happily ever after ending seemed a little too indulgent for the tone of the rest of the movie. It kind of made it seem like The Witches had started off as a kid’s movie, took a wrong turn to horror, and then threw on the ending and were like “meh, let’s rate it PG anyway. Plus, the Rube Goldberg train that Luke’s grandma had built to get her mouse grandchild around the house was dope af, and I feel bad that it went to waste.