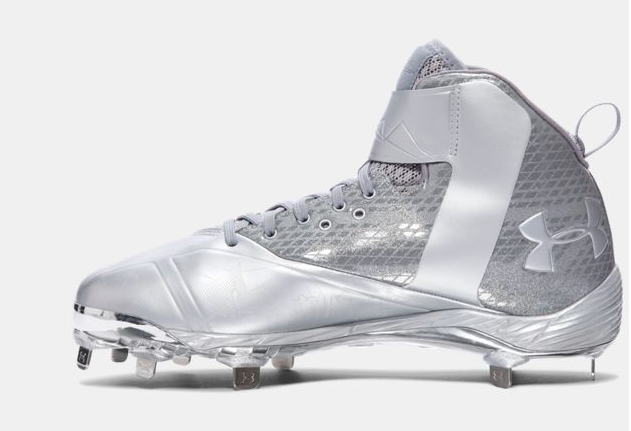 We are excited to share with you the latest colorway of the first signature baseball cleat from Under Armour and Bryce Harper, the Harper One in Platinum, which also pays homage to Under Armour’s 20 year anniversary. Bryce will debut this color way during the All-Star Game next week and be available on UA.com, at Dick’s Sporting Goods and Eastbay beginning on July 12th. Check out the design inspiration video where you will hear directly from Josh Rattet, Under Armour’s Vice President of Team Sports Product and from John Humphrey, Creative Director for Team Sports Footwear.

The Harper One was built to meet the demands of the reigning National League MVP by marrying Under Armour’s innovative footwear technologies and Bryce’s personal input to create a cleat that is constructed for explosive speed and power on the diamond. The Harper One is built to perform like a cleat, but the one-piece woven upper gives the lightweight, comfortable feel of a sneaker. Sewn into the tongue of the Harper One are the numbers “220”- which has come to be Bryce’s mantra, signifying “Second to None.”

The game-changing cleat has the following technologies built into the shoe: