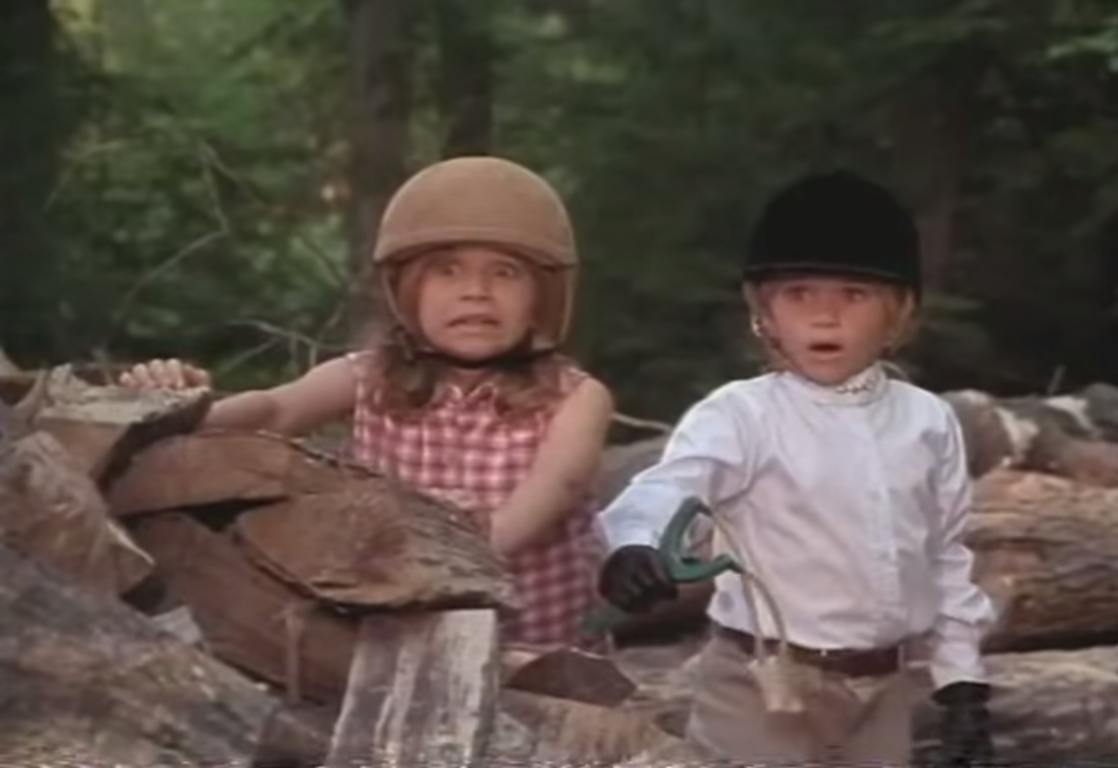 I have been obsessed with Mary Kate and Ashley for as long as I can remember. I’ve watched every single movie and TV show that they’ve ever starred in. I also read the entirety of their mystery novel collection, had Mary Kate and Ashley Barbies, and was even lucky enough to be a part of their fan club (be jealous).

My biggest achievement in life is still the time I convinced my mom to buy me a super age-inappropriate outfit from the Mary Kate and Ashley Walmart line. I don’t like making bets but if someone bet me a million dollars to ace a 100 question test in which I identify pictures of the near identical twins (they’re actually fraternal, duh), I’d be able to quit my job and watch Mary Kate and Ashley movies all day for the rest of my life.

My favorite Olsen twin’s movie, and the third best thing they’ve ever done, is It Takes Two (the movie comes third behind their pizza song and Full House, because without that show there’d be no Olsens to be obsessed with). Sure, Billboard Dad and Winning London are also classics, but It Takes Two is just so quintessentially 90’s with its ridiculous premise and child-centered action.

The plot of It Takes Two is best described as The Prince and the Pauper meets Parent Trap – except it’s ten times better than both the original Parent Trap and The Parent Trap with Lindsay Lohan as both twins. Amanda Lemmon (Mary Kate Olsen) is an orphan who is about to be adopted by the Butkises, who not only have an awful last name, but are also awful people who “collect kids.” Alyssa Hallaway (Ashley Olsen) is the daughter of a rich but widowed man, who is about to marry the worst woman in the world, Clarice. If you thought Meredith Blake from The Parent Trap was bad, times her by a thousand and that’s Clarice.

When Alyssa finds out about the impending nuptials she decides to run away and join the other orphans, who are at a camp across the lake from her mansion. That’s when she runs into Amanda, an “identical stranger” – side note, how do you think they explained that following the events of the movie: “no they’re not twins, they’re not even related, they just look exactly alike, we know it’s weird?” Amanda and Alyssa decide to swap places in an attempt to get Alyssa’s dad, Roger, to fall in love with Diane, a quirky social worker who wishes she had enough money to adopt Amanda herself.

The rest of It Takes Two is like a PSA for stranger danger and incompetent caregiving. At one point Alyssa is moping near the camp and Diane, who mistakes her for Amanda, tells her everyone has been looking all over for her. Instead of running away from this strange lady who’s essentially telling her to get in a windowless white van Alyssa is like, “oh I better go with her” even though she’s literally never seen her before. And don’t even get me started on the fact that the reason Diane has lost one of the orphans she’s in charge of – make that repeatedly loses.

It’s actually amazing that neither Alyssa nor Amanda have died by this point of It Takes Two. For their first attempt to get Roger and Diane to fall in love, the girls separately convince the adults to go on a horseback ride. But when the girls disappear rather than be concerned and go look for them they practically shrug and go “meh.” Then, when they almost literally run into each other, resulting in injury, they actually LEAVE the girls, who as far as they know could be lost in the woods, to go flirt as Diane plays doctor.

The best part of It Takes Two, however, and the reason that it’s better than all other Mary Kate and Ashley movies is the fact that the twins were only nine when they starred in it. This is crazy impressive because their acting has never been better than it was in It Takes Two. This honestly isn’t a great feat – it wasn’t a very demanding role – but their facial expressions, timing, and deadpan delivery of jokes that they probably didn’t even understand are beyond what a regular nine year old can do.

Then again, the Olsen twins were never really regular nine year olds, or regular kids for that matter, which is probably why girls like me still place them on a pedestal to this day. They got to do all the shit we never got to – coach a horse carriage, make a Buckingham Palace guard laugh, and create a slip and slide out of chocolate syrup. Mary Kate and Ashley were the queens of the 90’s and I will forever love them.