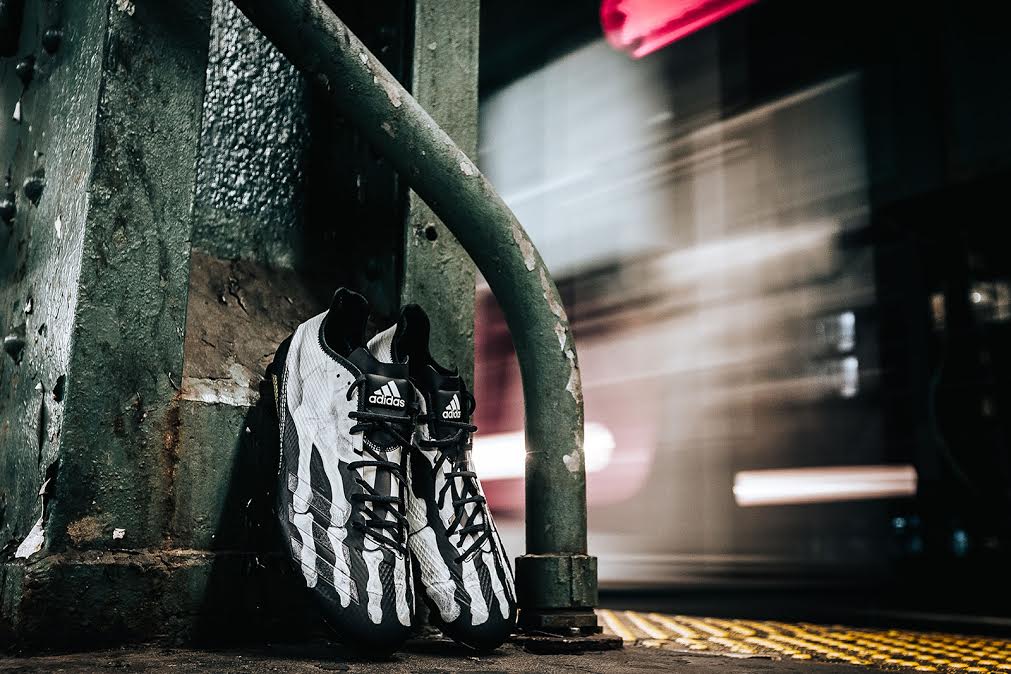 adidas Football has unveiled the Unearthed Pack, featuring the 2017 Freak x KEVLAR®, built for the most intimidating players on the field, and the 2017 adizero 5-Star 6.0 x KEVLAR®, designed for the fastest players on turf.

Football players want to be feared by their opponents at the line of scrimmage and with Halloween serving as a backdrop and inspiration, adidas designers took unearthly themes from the October 31st holiday and incorporated them into a singular design for players to make a statement with their cleats.

With a skeleton serving as a baseline idea, the team created a 3-D graphic that showcases the bones of an unearthly foot as if it would appear as an actual cleat. The optic gives the illusion of what players would see if looking directly through upper and materials down onto the bones of a supernatural athlete´s foot. Form meets function as the 3-D skeletal patterns follow an anatomical truth in order to give a realistic view of the foot and bones in action.

To further represent a transformation from a mere mortal to a supernatural power on the gridiron, the skeletal graphic utilizes reflective glow-in-the-dark materials to highlight the bones and structure of the foot in order to create a disruptive design and intimidation factor on the field. 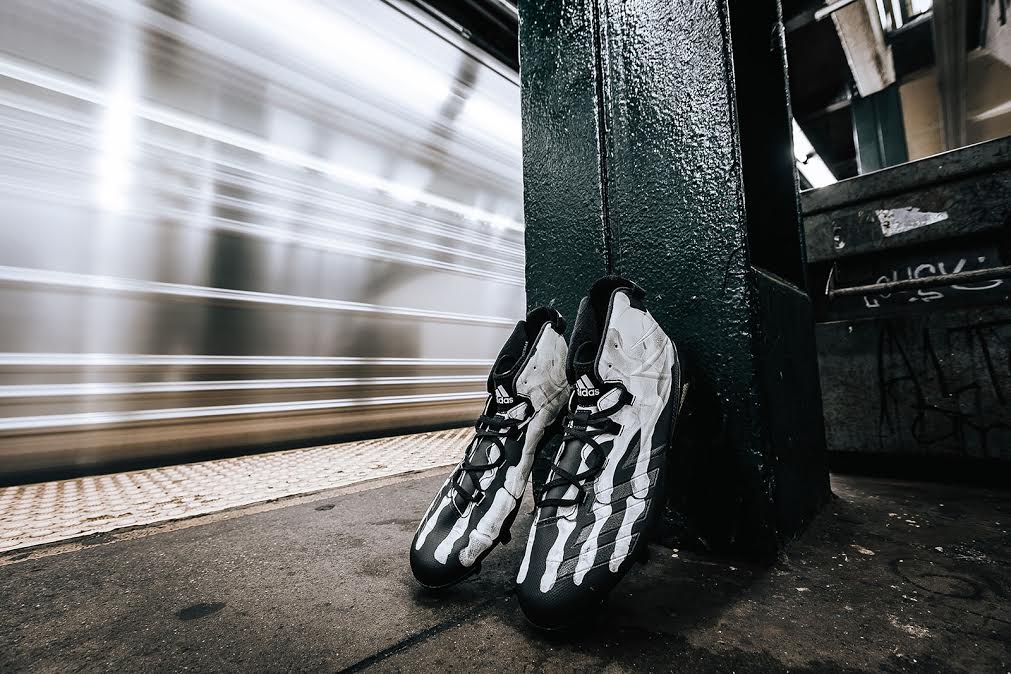 The 2017 Freak x KEVLAR®
Stronger than carbon, faster than the competition. The 2017 Freak x KEVLAR® upper is constructed from a durable, flexible a SPRINTSKIN that provides mid-cut support with a low-cut feel. The 5-STAR FRAME, featuring a plate reinforced with KEVLAR®, is the optimum blend of lightweight, strength and traction.

The 2017 adizero 5-Star 6.0 x KEVLAR®
Designed to showcase style and engineered for playmakers, the adizero is lighter than any competitor cleat. The Unearthed 2017 adizero 5-Star 6.0 upper is constructed from a durable, flexible a SPRINTSKIN upper. The 5-STAR FRAME, featuring a plate reinforced with KEVLAR®, is the optimum blend of lightweight, strength and traction.

As adidas Football continues to pioneer #CLEATHEAD culture, the Unearthed Pack marks a new era of style combined with innovation and performance for football.The Unearthed 2017 Freak x KEVLAR® and 2017 adizero 5-Star 6.0 x KEVLAR® will be available on October 10th at adidas.com.