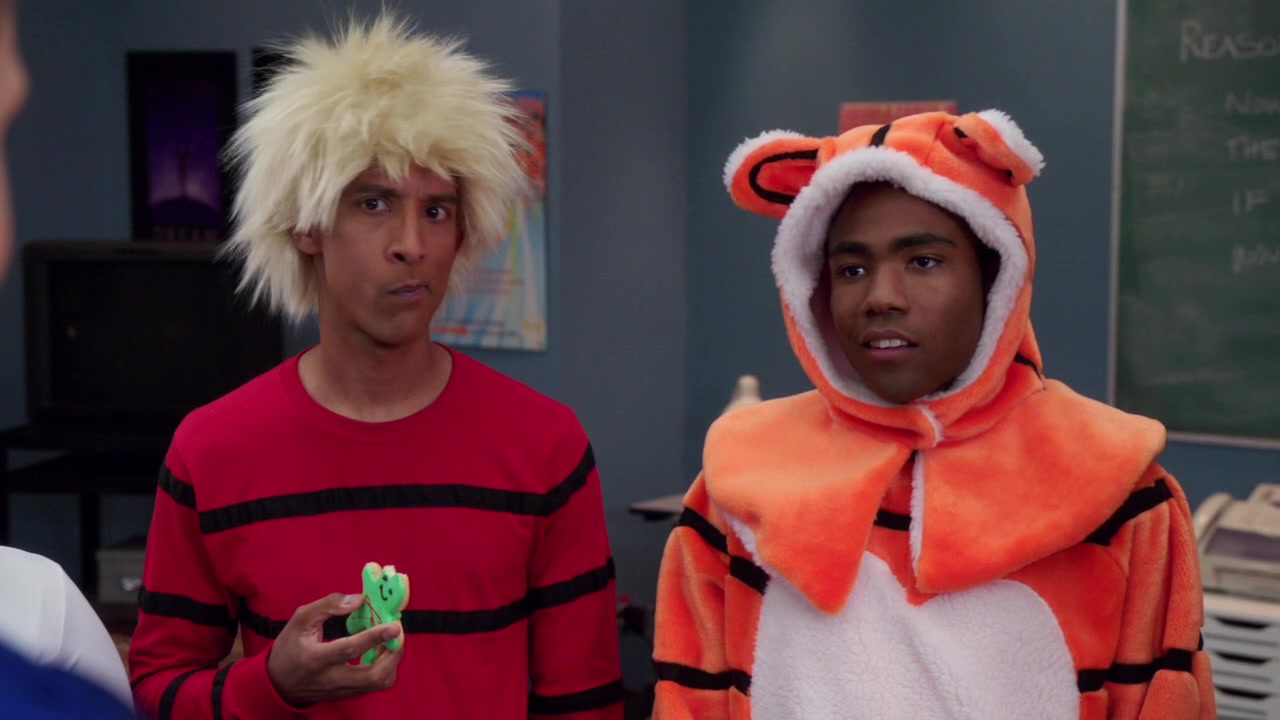 We’re celebrating Halloween every day in October by looking at some of our favorite Halloween episodes. Today we’re checking out “Paranormal Parentage” from Community.

In this episode, Pierce Hawthorne tells the study group that he accidentally locked himself in his panic room. This sets them off on a search through his mansion to find the notebook with the combination written in it.

During the search, Britta Pierce gets Jeff Winger to open up about his issues with his father. It’s a nice storyline with some great dialogue. At this point in the series, it’s a huge relief to see Britta be right and insightful.

Speaking of Britta, the plotline about her relationship with Troy Barnes also works nicely. Their awkwardness and uncertainty about exactly how to proceed with the relationship isn’t overblown and there’s a nice, quiet resolution with her telling him that taking things slow sounds nice. We also get to see Shirley Bennett’s protective side and how much she cares about Troy.

This episode perfectly lends itself to campy, Scooby-Doo-style haunted mansion shenanigans. Abed Nadir is delighted to find spooky set pieces like a trap door. The fact that the mansion’s “ghost” turns out to be Pierce’s half-brother Gilbert is just weird enough, while still being a logical pay off with some actual emotional resonance.

There’s also a delightful minor thread about a fake Cougar Town episode. The acknowledgment of how silly sitcom Halloween episodes are is fun without being overwrought. The fake dialogue “Well, that’s Hallo-wine in Cougar Town” shows a delightful level of detail and care to the parody.

Britta Perry as a ham

Jeff Winger as a wrestler

Troy and Abed as Calvin and Hobbes

Craig Pelton as a ring girl