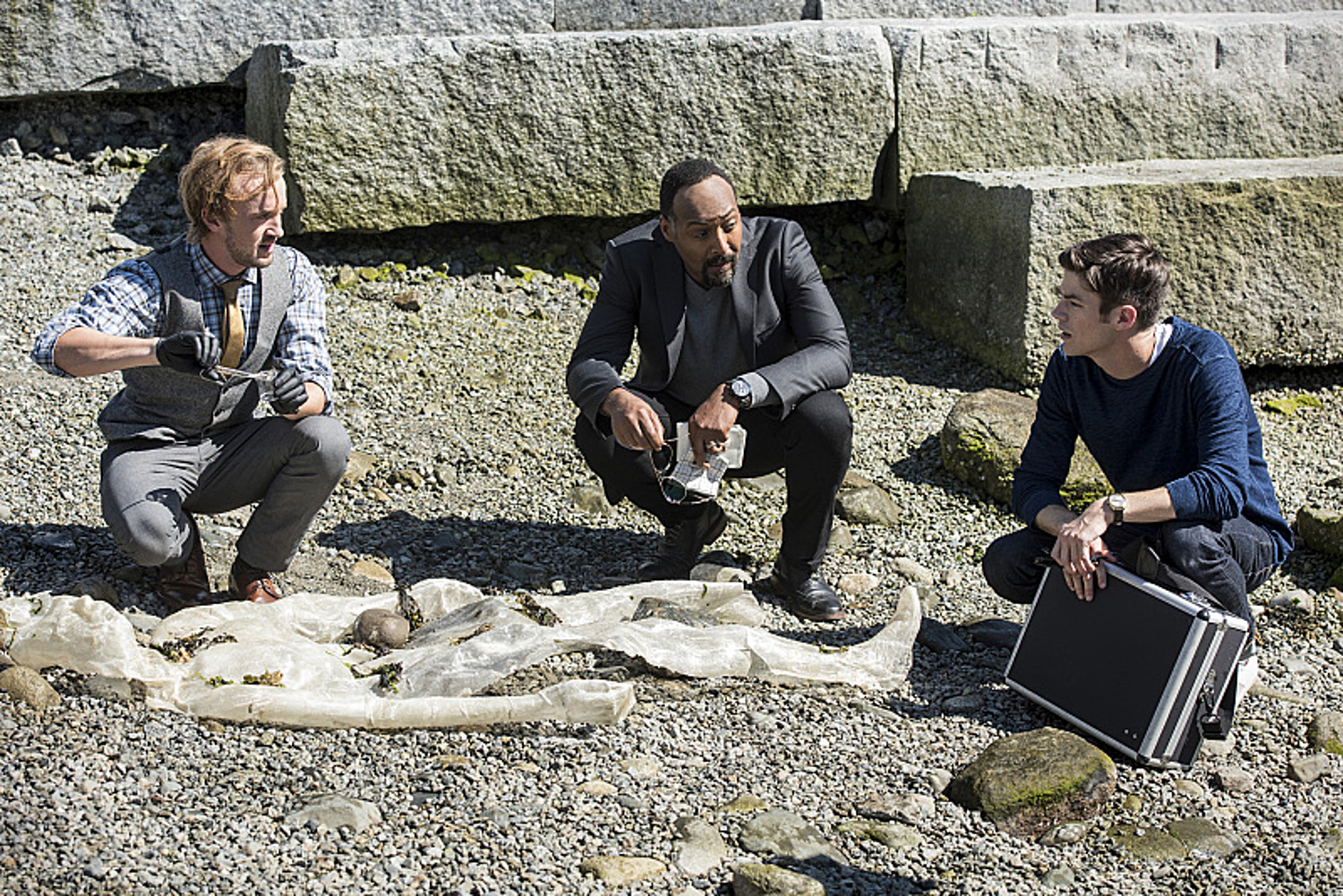 This week’s The Flash promised to finally stop messing with the timeline and settle into a status quo. Some aspects of this universe are promising. Particularly, the addition of Tom Felton as Julian Albert, a CSI who hates Barry Allen, should be fun. I’m excited also excited for Caitlin Snow to have a storyline that’s not all about finding a new romantic interest and then losing them. It’s nice to see Barry and Iris West’s relationship making progress that’s not immediately canceled out. That said, this episode isn’t promising much in the way of an interesting new villain. Both The Rival and Doctor Alchemy feel generic and similar to The Flash‘s previous villains.

The episode itself was a mixed bag. Most of the entertainment came from the various changes to this world. That note got repetitive fast. Details like the return of Captain Singh or John Diggle suddenly having a son instead of a daughter felt insignificant. Barry spending the first half of the episode telling Felicity Smoak about everything that was happening was pointless as a storytelling device. But, as always, the show’s strength was the ensemble. Iris, Joe West and Cisco Ramon added their usual charm to a lackluster episode. However, it was frustrating that Barry wasn’t just honest with them earlier.

Cisco’s storyline was interesting because it allowed us to see a different side of him. He’s normally a comic relief character, but here we got to see him truly sad and angry. However, I wish his anger had led to a more emotional pay off for his friendship with Barry. His anger felt almost generic. It just existed to create a rift between him and Barry. I wish we’d seen them really dig into their respective reactions to grief. Hopefully, Cisco’s grief will play a bigger role in the rest of the season.