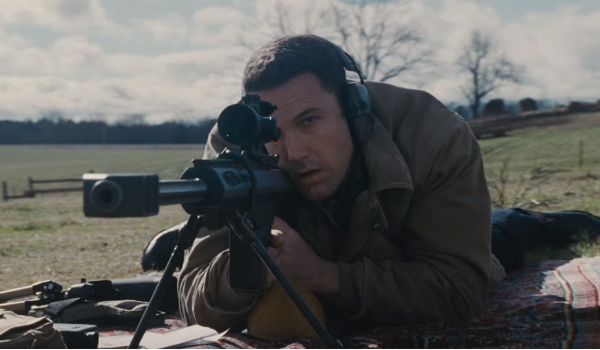 Autism is characterized by difficulties in social interaction, repetitive behaviors, anxiety, and communication. The Accountant is a Crime Drama that tells the story of a high-functioning autistic named Christian Wolff, who is very talented with numbers, as well as stacking bodies. Gavin O’Connor directs a talented cast in this film, including Ben Affleck, Anna Kendrick, J.K. Simmons, and Jon Bernthal.

The synopsis seems to be new and fresh, but the script, written by Bill Dubuque, is a bit of a mess. There’s a side-plot that involves J.K. Simmons’ character, Ray King, that isn’t very interesting and bogs down the main story. There are quite a bit of flashbacks and they almost feel like they make up a superhero origin story. Finally, there’s a plot twist towards the end that could have been much more than a gimmick to reel in an “aha” moment. The main story of Christian Wolff, and his difficulties that stem from being on the autism  spectrum are well-done,  but the plot overall feels overstuffed. Dubuque puts in the effort, but comes up short.

O’Connor’s directing is exceptional, especially with the action scenes. The fights are gritty and technically sound for a Hollywood movie. There are enough steady shots to capture the close-quarters combat, allowing you to feel each blow. In addition, the gun-play was done well, making for some jarring scenes.

Affleck is the right actor for this role, as he can pull off both the action scenes and the portrayal of a complex character. His performance as someone with autism was believable, and not overblown or exaggerated. He is very capable of showing how Christian Wolff wants very much to communicate with others, even though he is tied down by the complications that come with being on the spectrum. This inner battle is often times depressing, but his resiliency is also inspiring. Wolff’s attempt at interacting with people also drew some humor, especially in scenes with the almost-love interest Dana, played by the quirky Anna Kendrick.

There are other solid performances, such as J.K. Simmons as Ray King, a director of the Treasury Department, and Jon Bernthal as Brax, an assassin for hire. These talented actors give performances that are expected of them, but the script just doesn’t do them justice. Affleck does shine in this role, but his performance is buried in a mediocre story.

The Accountant really does try to be something different, and it succeeds occasionally, but still feels a little familiar. Affleck’s performance adds up well, but the end product comes off as wasted potential.