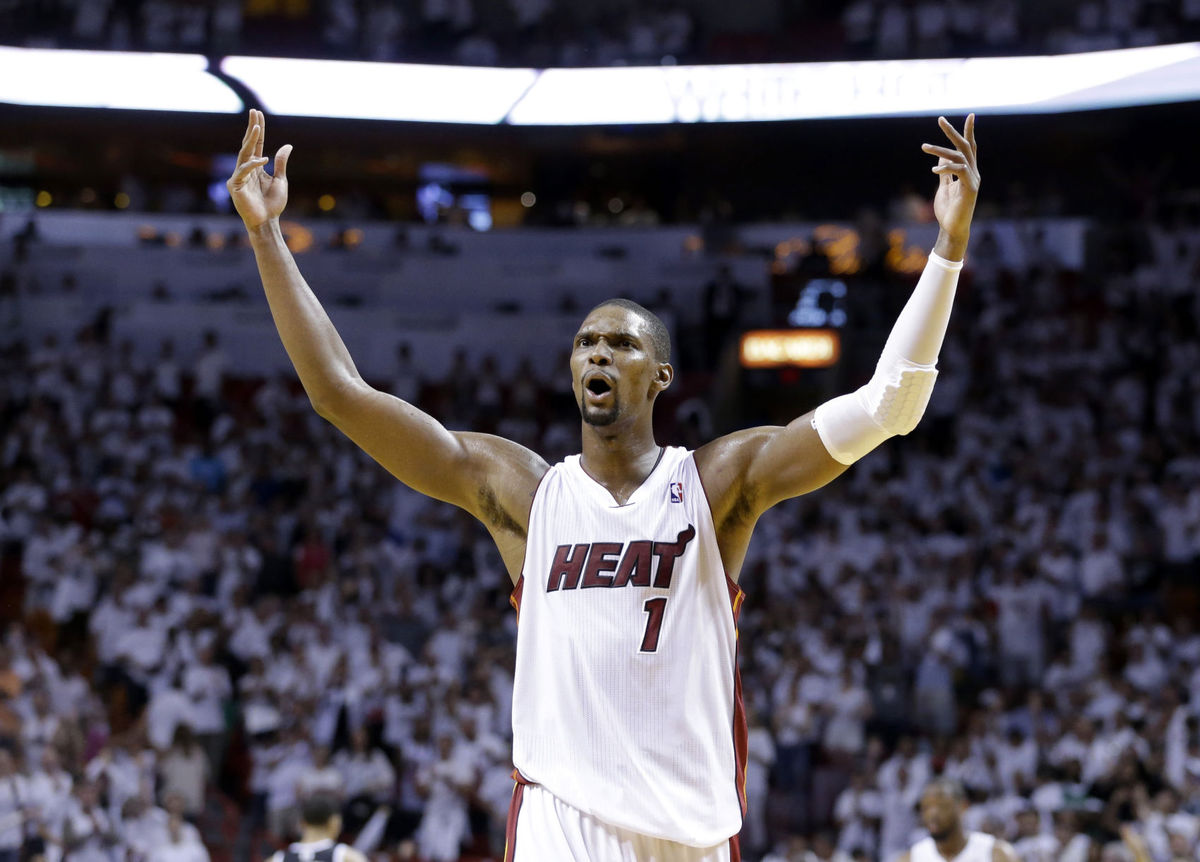 Hopefully by now, halfway through this countdown, you’ve come to realize that there are a multitude of different ways that one could choose to evaluate an NBA player. Ideally we should be able to think about what kind of player they were stylistically, how much success they had, and the degree to which their career played a part in shaping the history of the NBA. Those first two methods of examination exist on the ground-floor. It doesn’t take a significant amount of effort to think about what they looked like as a player and how well they performed throughout their career. Sometimes the way they impacted the course of the league is more important, and far more interesting.

That brings us to Chris Bosh. The in’s-and-out’s of Bosh’s game (and more specifically, how he so drastically adapted his game over time) are public knowledge at this point, and if you didn’t know that Bosh is a two-time NBA Champion you were probably going out of your way to avoid watching the NBA for the last five years. Both of these facts — these ways of looking at the career of Bosh and attaching some sort of meaning to it — aren’t nearly as important as his contribution, which is bigger than most people will give him credit for, in arguably the biggest offseason development in the history of American professional sports.

The formation of the Miami Big Three in the Summer of 2010 was a landmark moment for the National Basketball Association. It changed the way journalists and analysts and fans used social media to cover and consume and discuss the league. It made free agency an annual spectacle and turned the NBA into a 12-month-a-year sport. It gave the NBA a villain on par with the New England Patriots and New York Yankees (my belief is that even if LeBron didn’t announce his Decision on ESPN and even if the Heat didn’t throw a televised welcoming party just a couple of nights later, they still would have been vilified … the two TV specials just added fuel to the fire). It furthered the divide between old-school basketball fans and new-school basketball fans. It brought Chris Bosh to the forefront of the national consciousness.

To my knowledge, nobody ever made the mistake of suggesting Bosh was on the same level as his Big Three teammates, LeBron James and Dwyane Wade. However, because LeBron and Wade are two of the 30 best basketball players to ever live, Bosh became more than just the forgotten man in the trio; he unfairly became a punchline. That human bladder infection Skip Bayless often referred to Bosh as “Bosh Spice,” and casual (i.e. ill-informed) viewers followed along and questioned Bosh’s manhood, toughness, effectiveness as a basketball player and his worthiness of being included in a group deemed “The Big Three.”

Here’s the thing that people had forgotten, and people still need to realize: when LeBron and Bosh joined forces with Dwyane Wade in Miami, it was widely accepted that A) LeBron James was the best player in the league, B) Dwyane Wade was one of the five best players in the league, and C) Chris Bosh was one of the fifteen best players in the league. Bosh wasn’t just some slouch. He had been a multiple time All-Star in Toronto. In his five previous seasons in Toronto he was averaging 23 points and 10 rebounds per game. His inclusion in Miami was absolutely vital, not only in terms of the on-court product, but also in what made this team so unique before they ever played a game together.

We’ve seen two great players in the primes of their careers on the same team before (think Shaq and Kobe, Jordan and Pippen, Durant and Westbrook, etc.). We had also seen trios that organically came together through the draft and trades (The Lakers and Celtics of the 1980’s are the best example of this). This was the first that three great players (and friends), all of whom were either in or near their respective primes, decided to stack the deck in their favor and compete alongside each other in pursuit of an NBA Championship. We don’t know how long the move was in the works for (probably since the ’08 Olympics in Beijing) but it laid the groundwork for every modern superteam that followed. I say this without any sort of information or evidence to back me up, but I don’t think Kevin Durant ends up in Golden State if Bosh and LeBron don’t first take their talents to South Beach.

Bosh’s scoring and rebounding numbers continued to declined each year, yet Heat Head Coach Erik Spoelstra routinely touted Bosh, not the 2006 Finals MVP or the best basketball player alive, as Miami’s most important player from Day 1. At first it seemed like it was some sort of motivational ploy, or Spo’s way of stroking Chris Bosh’s ego since it was Bosh who would be required to sacrifice more in his new role than either LeBron or Wade would. Over time Bosh continued to adapt, and even though casual fans continued their onslaught of attacks against Bosh that were frequently on the borderline of being personal, the groundwork was laid for there to be an appreciation for Bosh’s metamorphosis from top guy to third option. 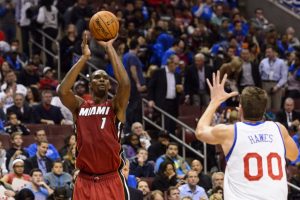 Now I know I said that pondering “what kind of player were they stylistically” is a ground-floor way of examining a player’s legacy, but in this case it’s more necessary than people realize. A large portion of NBA die-hard’s love throwing the word “sacrifice” when it comes to justifying a player’s worth. Are they a good teammate? Do they work hard? Do they sacrifice for the greater good of their team? We applaud guys who put the interests of teammates ahead of their own if it’s for the better of the team. If you are someone who doesn’t think that way, you’re missing the point of the game of basketball.

Bosh’s transformation in Miami was the epitome of this type of sacrifice. Bosh sacrificed touches and status and his own personal comfort for the greater good of the Miami Heat, and it’s right up there at the tip-top of the list of reasons why the Heat went to four straight NBA Finals. Bosh drifted further and further away from the hoop offensively, and gained more and more defensive responsibility each season. In time, Bosh turned himself into one of the most prolific mid-range jump-shooters in the game (and a pretty decent three-point shooter as well). He anchored Miami’s near elite defense, hedging hard on ball-handlers, scrambling like a madman to recover, never missing a rotation and offering timely rim protection.

These adaptations in Bosh’s game only widened the Heat’s championship window. He was the key in Miami being able to play a wide-open style of offense that was impossible to defend when at its peak, and a frenzied defense that flustered opposing offenses. Throw a replacement level big man in for Bosh and those four seasons LeBron spent in Miami would look a lot differently than they do now. You ask almost any other player in this top fifty list to make the sort of sacrifices Bosh was asked to make and they wouldn’t do it without first making a fuss over it.

Back in 2013 Bosh made headlines when he declared himself a Hall of Famer. I didn’t understand why it was a big deal; it seemed obvious to me that he would someday end up in Springfield, based on the championship, the ’08 Gold Medal, the All-Star appearances, the numbers he put up at his peak, and as I mentioned before, his overall contribution to basketball. It probably threw people off at the time because, aside from when he was celebrating on stage with LeBron and Wade in July 2010, Bosh was usually the forgotten and quiet member of the Big Three. Most fans hadn’t fully come to appreciate what Bosh brought to the table yet. I really hope that isn’t the case anymore.

Chris Bosh will be a Hall of Famer when his career is over. I’m almost certain of it. I just hope he’s got a few more good years left in him to continue to show fans why he’s one of the most underrated pro’s of this generation.