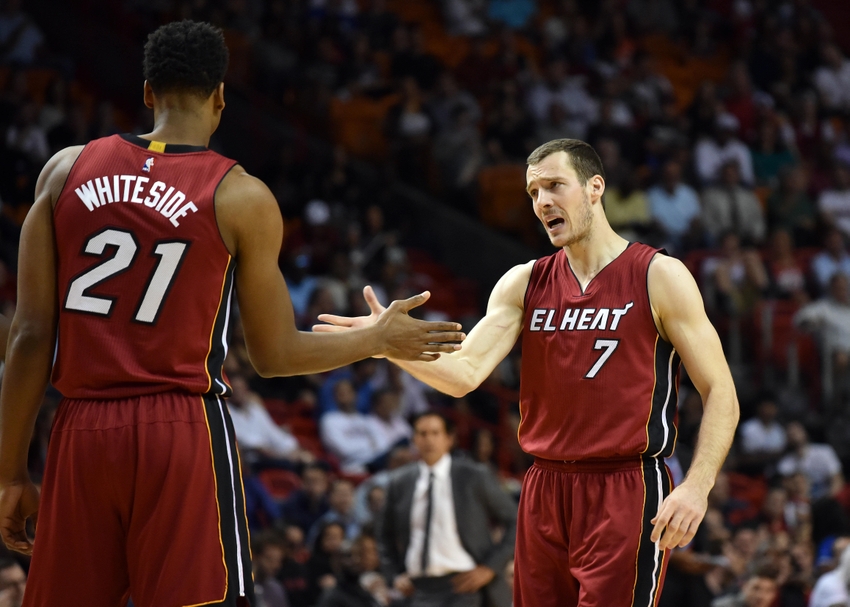 When Dwyane Wade committed to the Chicago Bulls everyone in Miami knew the Heat lost the guy who they could count on to score in times of absolute necessity, what they didn’t know is the first game at the AmericanAirlines Arena would bare that truth so brutally.

With a 19-point advantage in the third quarter, the Heat were poised to see out a win, but the Charlotte Hornets had other ideas. The first half-hour of basketball featured the Heat playing suffocating defense augmented by their new run-and-gun style. Hassan Whiteside was every bit a snarling octopus and Goran Dragic displayed the guts of a burglar darting incisively into the lane and dishing to the open man or finishing.

But, in the NBA games last 48 minutes, and the Hornets are remarkably well-coached. Adjustments were made, a scoring run commenced, and the Heat couldn’t fire back.

Since 2003, the answer to the other team’s run was Wade. Justise Winslow shot some bad 3’s, Dion Waiters played with his usual irrational confidence, but credit must go to Charlotte’s defense which made adjustments, slowed the game down, and in doing so turned the Heat into a half-court offense. The playbook to beat Miami was on full display this evening.

Ultimately, inefficient shooting let the Heat down. Dragic was 4 for 12 from the field but redeemed himself with 9 assists, Winslow was 4 for 14, and Waiters was 5 for 16. This inability to score derived because Charlotte clamped down on defense and provided contested looks.

Though the Heat walked off the court dejected – what other emotion could there be after squandering a 19-point lead at home when you’re desperate to prove that you’re still a good team even without the franchise’s best player – but at the same time dejection should give way to optimism. Lost in the headline is a team that played very well defensively and dictated most of the game.

Ultimately, fits and starts appear to characterize the team’s play in the first two games, but a point of encouragement for fans include the Heat being better on three point shots along with having a better offensive flow most of the game tonight against a better team than they faced on Wednesday night.

The only two Heat players to post a positive plus/minus were Dragic and Luke Babbit with +4 and +5 respectively… Tyler Johnson contributed 12 points and 6 rebounds in 29 minutes… Whiteside extended his consecutive block streak to 31 games with a block on Cody Zeller in the 4th quarter.