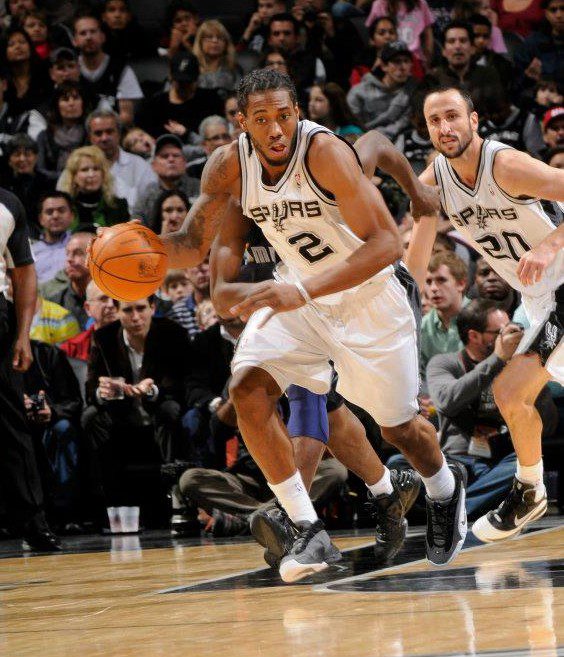 In a game where the Miami Heat trailed the San Antonio Spurs by 16 points in the 2nd quarter, it’s reasonable to assume the game would descend into the good team throttling the bad team, except that’s not what happened, the Heat came to play yet ultimately came up short in a 106-99 loss.

Hassan Whiteside and Goran Dragic led the Heat in scoring with 27 and 25 points respectively, however the Heat came up a hair short in various situations leading to their loss. The Heat 12 turnovers compared to the Spurs’ 15, but converted 4 less free throws on the same 26 attempts. The stats don’t tell the whole story though.

Trailing by 16 points in the 2nd quarter, the Heat coalesced and whittled the deficit down methodically, tying the game in the 3rd quarter. However, every time the Heat chipped away the Spurs had an answer, and usually it was their talisman Kawhi Leonard.

Leonard was unstoppable in the 4th quarter, scoring 16 points and effectively parrying every Heat thrust. When the Heat took the lead inside two minutes, it was Leonard who turned up the pressure and delivered the daggers. The difference between both teams was Leonard’s ability to score high pressure baskets and convert foul shots. The Heat kept pace with Dragic’s slashing runs but his failure to convert foul shots contributed to the Heat’s demise.

There are many points for optimism though. The Heat’s half-court defense looks better each game, forcing a team as clinical as the Spurs to turn the ball over 15 times is the best evidence yet of defensive coalescing. Offensively, Justise Winslow shook off a bad game Friday to score 18 points far more efficiently. Whiteside produced yet another double-double and added several blocks for good measure. There was a scary moment late when the Snarling Octopus hobbled to the bench with what turned out to be a cramp, but otherwise Miami’s big money man is proving to be worth every cent.

Whiteside extended his block streak to 32 games… Dion Waiters accounted for half of the Heat’s turnovers with 6 of their 12… Miami is currently 0-2 at home, and next host the Sacramento Kings on Tuesday… the Spurs finished their initial 4 games in 6 days with a record of 4-0