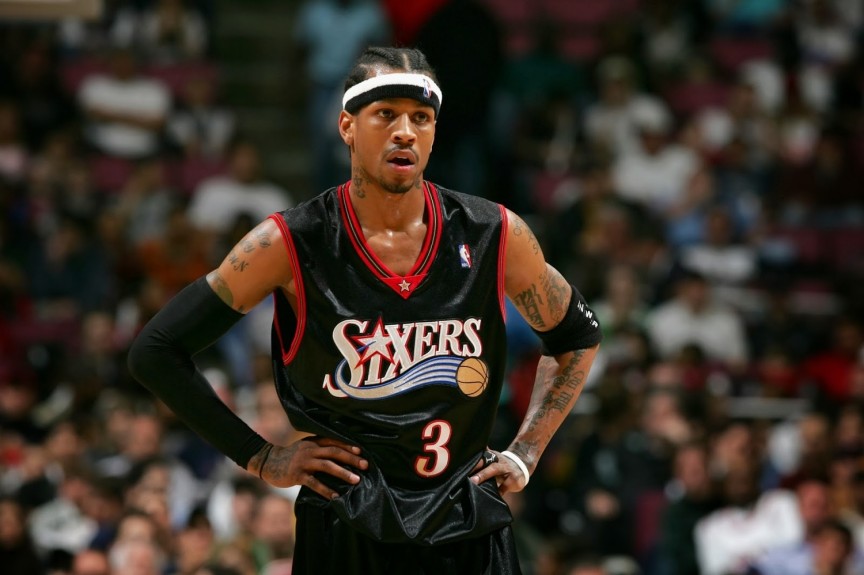 I’m going to tell you a true story, and you aren’t going to understand why I’m telling it to you until the end (and I’ll be honest, even then it might not be totally clear). You just need to sit patiently and read along, even though it’s a moderately long story. Do we have a deal? Yeah? Cool, deal!

When I’m not being a writer for Hardwood and Hollywood I work as an Educational Paraprofessional at an elementary school. I don’t want to say the name of the school because I’m not totally sure if that’s something I need to be quiet about since there are children involved. Anyway, one of my jobs each day is to guide the Kindergarten students to the area where their parents walk them home. Each day I’m with the same 11 students, so over the past couple of months I’ve gotten to know each of them to varying degrees.

There’s one little girl that stands out more than the other ten kids. I don’t want to say the name of the little girl because I’m one-hundred percent sure that that’s something I need to be quiet about since she is, after all, a child. Any way, she is the smallest child by a wide margin; she’s a good six inches shorter than any other kid, and that seems remarkable considering they’re all only five years old and I didn’t know that there could be such a wide range in how tall children are when they are that young. She may be tiny in terms of physical stature, yet her presence is overpowering.

Every day all 11 students hurry out of their classrooms and line up against a brick wall. Few people move with a greater sense of urgency than a five year old on a dead sprint to the front of a line. You’d think their teachers told them whoever was first in line would get a lifetime supply of Pokemon cards, or ice cream, or Beanie Babies or iPad’s or whatever the hell little kids are crazy for these days. I don’t know. I liked wrestling figures when I was young. Truth be told, I’d probably still be playing with miniature wrestlers if it were socially acceptable for 24-year-old’s to do so. That’s like 20 percent of the reason why I’d like to have a son someday … so I could play with wrestlers “with him.”

So anyway, all of the kids come on a dead sprint toward me at the brick wall, jockeying for position with some light shoving. Well, all of the kids except for our subject, who I shall simply call Girl from here on out. She takes her time as she walks over, waving and blowing kisses to her friends who are in after-school care and lined up across the hall. And she walks right to the front of the line. None of the other kids make a fuss that she is cutting in line. They simply back up, giving Girl the tiny amount of space she needs to stand in the front of the line.

A couple of weeks ago a young boy, we shall call him Boy, made his way to the wall before Girl’s class was released. Boy was dead set, determined and enthralled to be the line leader on this day. I felt happy for him. He’s a nice kid. He always goes out of his way to give me a high five whenever he sees me throughout the day.

Moments later Girl saunters out of her classroom, waving, smiling, blowing kisses to all of her friends. I catch a glimpse of her, but then go back to talking to another student who is trying to convince me that she has a whole goddamn tree in her backpack. I don’t believe her, move on to a different conversation and notice that Girl has assumed her spot at the front of the line. I make my way to the front of the line and say to Boy, “Boy, I thought you were going to be the line leader today, what happened?” He looks at me, with nothing but happiness in his eyes and enthusiasm in his voice and says, “No, Girl is the line leader.”

As far as I can tell, the only people with more power in this school than Girl are the Principal, Assistant Principal and the classroom teachers. Girl undoubtedly has more power than me, and it’s not particularly close. I found this out the hard way.

Here’s how things go on a daily basis — once all 11 kids line up we walk from one end of the school to the other end, navigating various other classes and physical obstacles that are far more troublesome than they should be simply because nothing is “easy” when you are trying to manage 11 Kindergarteners. Because I’m responsible for those 11 children, I can’t simply walk facing forward, ignoring the madness that could be going on behind me. Kids walk backwards and fall over. Kids decide it would be fun to kick and slap and punch each other, not out of malice, but just because children are curious creatures that are physically incapable of keeping their hands off of each other. Each and every day I’m obligated to remind the kids “Don’t touch each other, watch where you are walking, stay in a straight line, don’t walk backwards … just be good. For the love of God, be good.”

One day, like every other day, I’m walking backwards with my eyes on my group of kids, and I’m lecturing them about maintaining proper walking-in-line procedure. Literally ten seconds after I get done saying the words “And don’t walk backwards,” I step off a sidewalk and roll my ankle because I was walking backwards. I don’t fall down or anything, and most of the kids don’t even notice. But Girl does because she’s in the front of the line, and Girl, with a smirk on her face looks up at me from three feet off the ground and says, “I guess you should have followed your own advice.”

I couldn’t even get angry. She was absolutely right and she knew it.

Girl reminds me of Allen Iverson. I don’t think this comparison is a stretch of the imagination. I’m confident that if you knew Girl you would feel the same way. Her and Iverson are wired the same way in terms of their ability to be a dynamic leader to their friends/teammates and an intimidating monster to anyone else they cross paths with, despite the fact that they’re significantly smaller than everyone else. Other Kindergarteners love letting Girl be the line leader. Iverson’s supporting cast loved doing the dirty work as A.I. took thirty shots a game. I suppose this is where the comparisons end. As far as I know, Girl doesn’t like basketball, and while her pigtails fit hit well, they don’t quite make the statement that Iverson’s cornrows did.

Iverson was a trend setter and a culture changer; a different kind of culture changer than somebody like Tim Duncan, who was drafted by the Spurs in 1997 and changed their culture for the next twenty years. Iverson altered the make-up of the entire NBA. Whether it was purposeful or accidental, Iverson blended hip-hop and basketball, singular skill and dedication to the team, unbridled in-game intensity and questionable practice habits.

Iverson’s influence is as far-reaching and expansive as any players’ post-MJ. He’s the most highly regarded and admired player of the generation of pros who entered the league sometime between 2003 and 2013. Just check out these compliments:

“I didn’t want to be Michael or Magic. I wanted to be Allen Iverson.”

“He changed everything. An entire generation owes him.”

“I definitely wanted to be like Allen Iverson. I don’t think anyone would haven gotten tattoos, cornrows and headbands if not for him. But he really taught us how to be ourselves.”

“He was my favorite player. I don’t know anyone who didn’t love A.I. He was a role model for me, and I just loved everything about him.”

It was easy to admire Iverson. He was a behemoth packed into a body that was measured at barely 6’0″ tall. He played with a ferociousness that was reserved for guys playing more traditional contact sports. He attacked the rim relentlessly and absorbed an ungodly about of physical contact night after night for a solid decade, and he kept getting up, and kept barking at refs and opponents. He was the ultimate underdog — the shortest No. 1 pick in league history, a perimeter player who lacked a consistent perimeter jumper, a normal sized human being thriving in a land of giants — but he carried himself like the bonafide badass he truly was. Iverson was the league’s alpha dog. 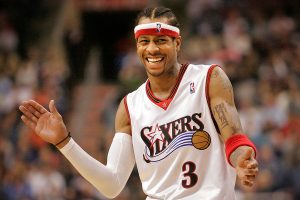 You could nitpick various aspects of Iverson’s legacy and game with relative ease. He marched to the beat of his own drum on and off the court and it rubbed a lot of people the wrong way. He did his own thing in his free time and brought a similar sort of freewheeling style to the game. He was an iso-heavy scorer that smart defenses today would probably have more success stopping because they would have an easier time turning him into a jump shooter. Iverson never managed to bring a consistent jump shot to the table, yet he kept taking them with no lack of confidence if defenses forced him into it. In just about every Iverson game I went back and re-watched an announcer would say something along the lines of “Iverson, one for his previous eleven, gets that one to fall!” at some point during the game.

If the nits you are picking conclude with Iverson’s lack of a jumper, or his lack of a conscience, you need to do some more research. Iverson found other ways to impact games, and that’s something he never gets enough credit for. Even if Iverson couldn’t get shots up, and even if he got pounded every time he drove, he kept attacking, if only to draw defenders and dish to teammates. It didn’t matter if A.I. wasn’t putting points on the board … he never stopped playing with reckless abandon. Iverson jumped passing lanes like a Cornerback jumping a Wide Receiver’s route. He rebounded bigger than his size and made every hustle play that presented itself. He positively effected the outcome of games in more ways than people realize.

And that will hopefully end up being A.I.’s legacy. He should be remembered fondly for how much he impacted each game he played in and the game of basketball as a whole. He’s one of the new-school pioneers and undoubtedly one of the most interesting characters the NBA has ever seen.