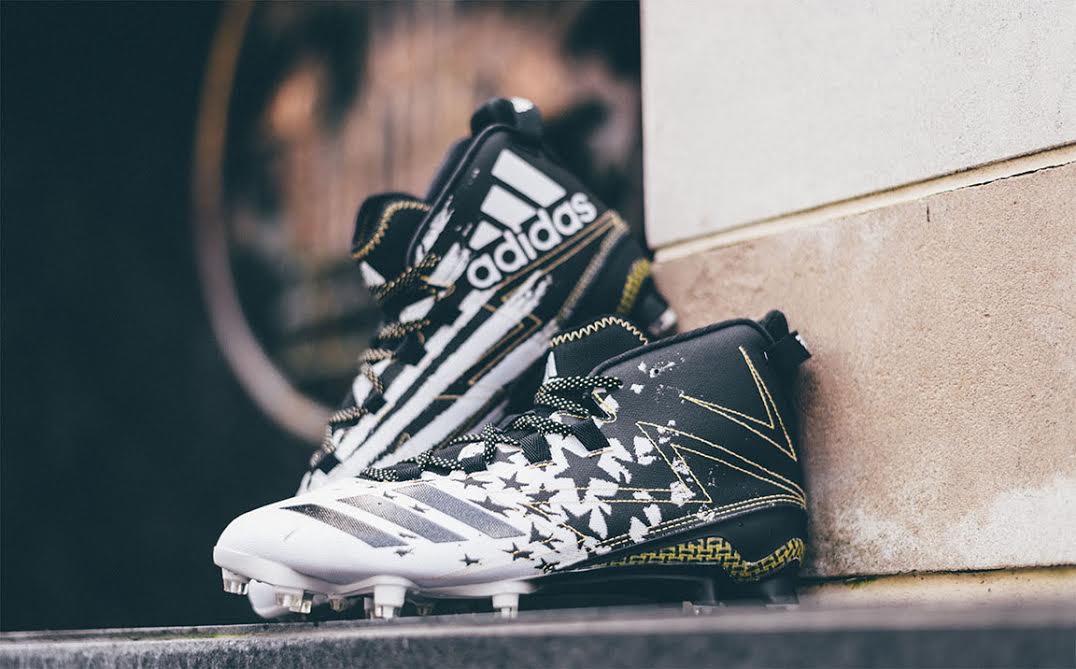 Inspired by patriotism and influenced by street culture, adidas Football today unveiled the ‘Young Patriot’ pack to honor the nation’s active duty members and veterans. The new pack features the adizero 5-Star 6.0 x KEVLAR®, the lightest cleat in the game for the fastest players on turf, and FREAK x KEVLAR®, engineered for most intimidating players on the field. 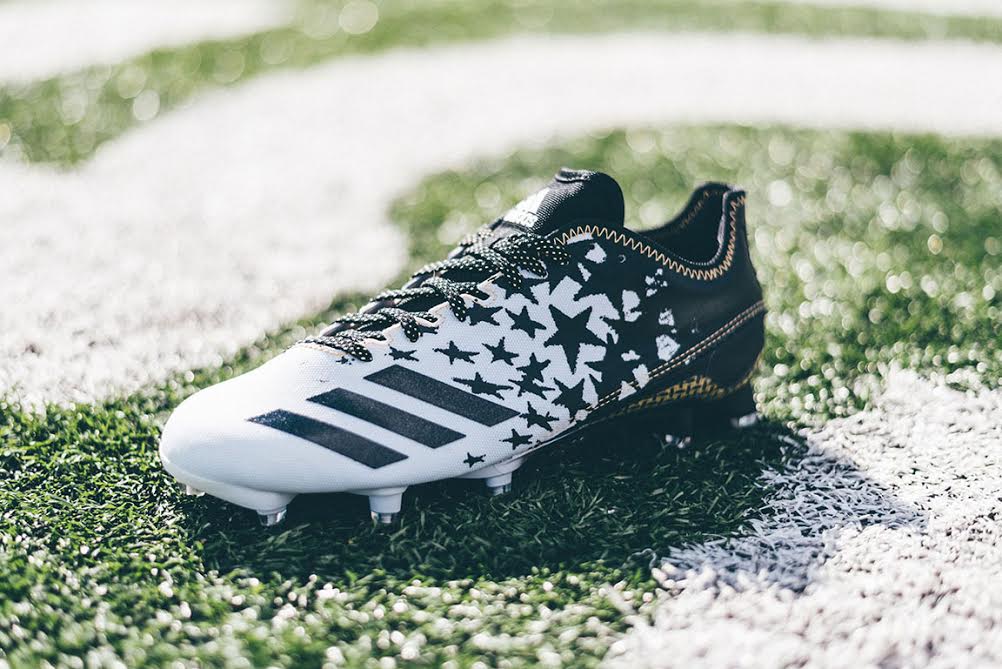 Utilizing a special canvas inspired from U.S. military footwear and uniforms, the theme for the ‘Young Patriot’ pack fuses traditional stars and stripes shapes and patterns with a black and white color palette popular in street culture and apparel trends. 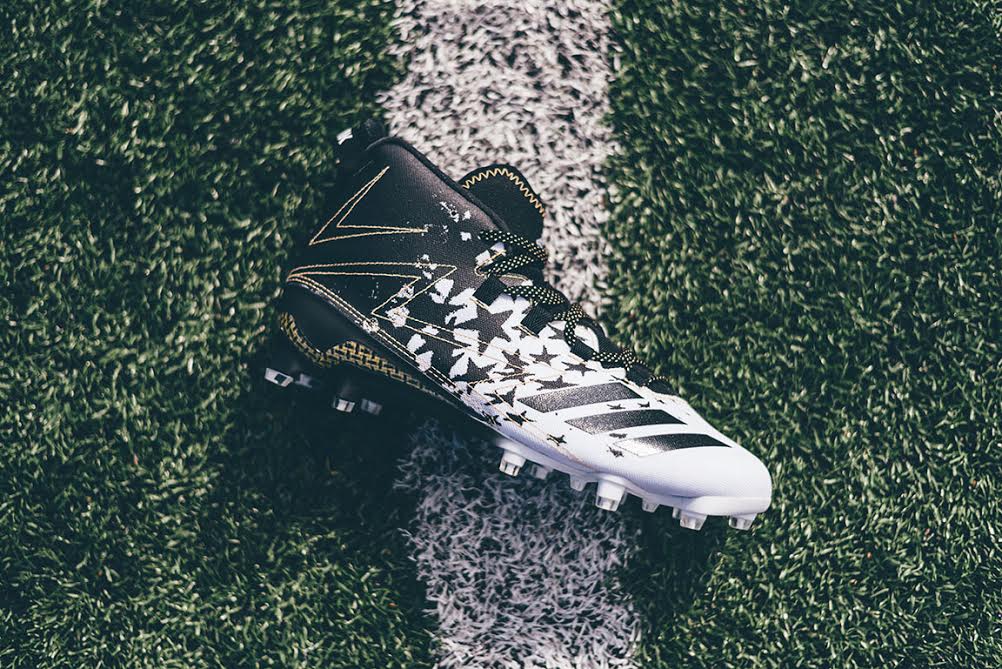 adidas designers implemented an all-new texturized printing technique, which is highlighted with a graphic that starts with a black base at the heel and evolves into flowing stars on the exterior and waving stripes on the interior of the cleats, leading to a white base at the toe. This design takes cues from the shock waves and vapor trails created by the U.S. military’s fastest planes. The progression of the pattern from heel-to-toe mimics a spiral structure reminiscent from the scenes left behind in the sky after fighter jets fly over football games during the national anthem. 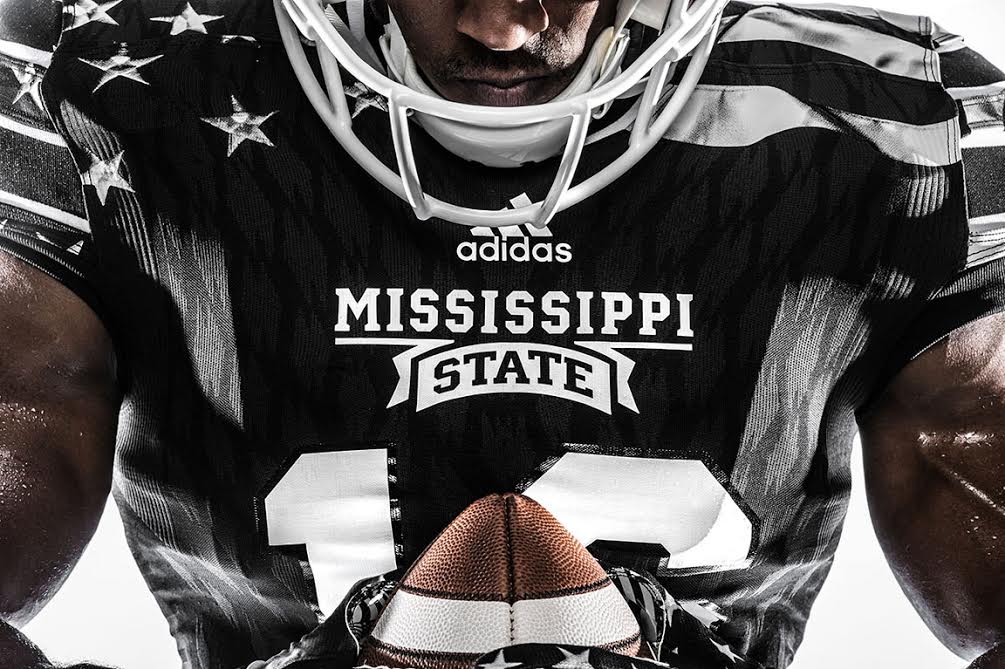 In addition to cleats, adidas designers created ‘Young Patriot’ Primeknit alternate football uniforms for Mississippi State University and the University of Louisville to honor our nations veterans for upcoming games. MSU will don the uniforms for their game against Texas A&M on November 5th and UofL will wear the uniforms for their game against Wake Forest on November 12th. Centered around the black and white theme, the special edition uniforms are highlighted by a flowing stars and stripes graphic across the shoulder pads, creating bold alternate look for the Bulldogs and Cardinals.

The ‘Young Patriot’ adizero 5-Star 6.0 x KEVLAR®
Designed to showcase style and engineered for playmakers, the adizero is lighter than any competitor cleat. The ‘Young Patriot’ adizero 5-Star 6.0 x KEVLAR® features a military footwear and uniform inspired canvas that is flexible and light, further reducing the weight without sacrificing stability and durability. The 5-STAR FRAME, featuring a plate reinforced with KEVLAR®, is the optimum blend of lightweight, strength and traction.