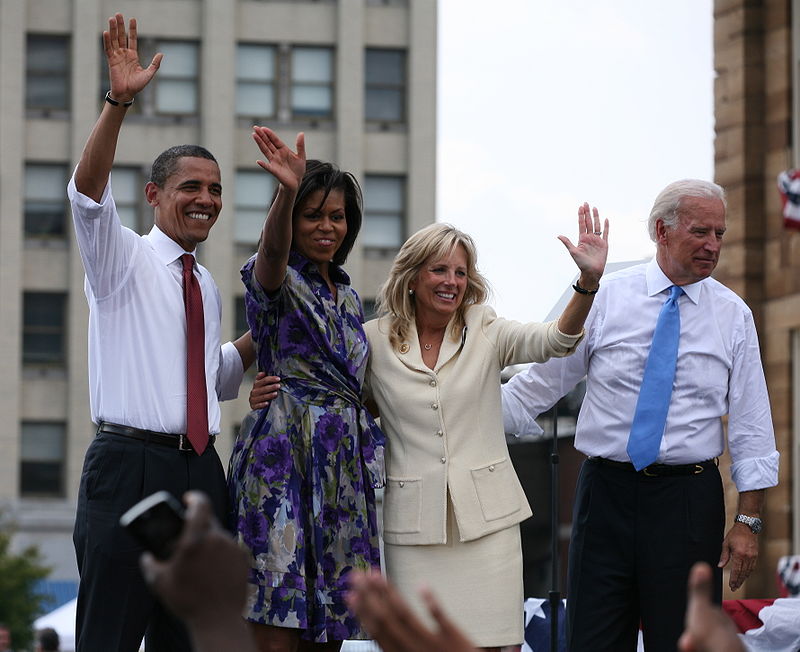 Saying the whole country is a little tense would definitely be an understatement. So let’s not focus on that. Instead, let’s distract ourselves by imagining the only sure outcome of this election. Obama’s last day. His official last day in office will be January 20. That’s the day he’ll probably issue some pardons, and either prepare for the worst, or host the first female president for an early-bird dinner before heading to the inauguration. But with so many uncertainties, and with this being a distraction after all, that’s not the day I’m concerned about. The day I’m referring to is January 19, his last full day at the White House. What will that day look like?

8:00 am: Obama usually wakes up earlier, but on his last full day in the White House he’d definitely take an extra half hour to hit the snooze button a few times. Maybe even a couple more minutes to cuddle Michelle.

8:45 am: Obama usually starts his day by working out for about an hour. To celebrate his last day Obama will join recipient of BFF bracelet, Joe Biden, for a game of one on one. Biden will let him win, of course.

9:45 am: After kicking ass at basketball Obama will take an extra long shower so that he can sing ‘One Last Time’ from Hamilton one last time in the White House showers. And then a few more times until he’s late for breakfast. Whoops?

10:15 am: He’ll then join Michelle, Malia, and Sasha for one last breakfast in the family dining room. A feast of eggs, hash browns, and whole-wheat toast will be served, per usual, with the addition of special-occasion pumpkin pancakes and mountains of bacon. Michelle will judge him for eating that extra pancake, but won’t say anything.

11:30 am: Though he’ll almost be out of the woods Obama will probably have to get some sort of work done, seeing as he’s not done yet. But, if he’s anything like I was in my senior year, he’ll have to reward himself for every half hour of work with fifteen minutes of Twitter scrolling.

1:00 pm: Time for lunch, which gives Obama the perfect excuse to take a slightly longer break. After inhaling a burger Obama will pop up to the roof to check one thing off of his bucket list: hitting a golf ball off the roof of the White House. What guy hasn’t wanted to hit a tiny ball off of a giant building? He’s just been waiting till the last second so no one can yell at him.

1:30 pm: Back to work after lunch. This time, however Joe will join him, rewarding him for every paper he signs with a picture of a cute baby, and every file he reads by feeding him chips and guac.

3:30 pm: It’s customary for the president to leave a note for their successor. But Obama, who’s a fun-loving jokester, isn’t going to leave any old note. Instead he’d plan a series of elaborate pranks to greet his successor – nothing like when Bill Clinton took it too far though, Obama will keep it harmless and classy. He’ll spend the next couple hours lining neglected toilets with saran wrap, hiding alarm clocks in floorboards, and gift-wrapping housewarming presents from ‘aliens’.

5:45 pm: Obama, Bo, and Sunny will take one last quick romp around the White House grounds to get their pees and poops out of the way, then return indoors for playtime. After being joined by the girls the gang will play fetch, tag, and maybe even some hide and seek. Lots of treats will be had, of course.

6:30 pm: The Obama’s dinnertime is usually sometimes around 6:30, so why should their last night be any different? Since it’s a special occasion they’ll have a pot luck with their closest friends. Obama will make his famous chili, Joe and Jill will bring their less famous pasta caprese, and the Beyoncés will bring the beverages (lemonade, of course).

8:00 pm: Despite living in D.C. for eight years now, Obama is still famously a Chicago sports fan. But since he and Michelle will be staying in D.C. for a few more years to let Sasha finish up high school – and since there wont be a Bulls game that night – Obama will sit down to watch one last Wizards game in the White House.

11:00 pm: After the game Obama will sneak away for a second on his own. He’ll go to his favorite place in the White House, the Truman Balcony, and take one last look at the South Lawn covered in snow.

11:30 pm: It’s been reported that during the Obama’s first night in the White House, Barack and Michelle were seen dancing to Mary J. Blige’s ‘Real Love’. Barack, who frequently tops even the most romantic leading man of every year’s biggest chick-flick, would not pass the opportunity to recreate the event on his last night. Clad in his pj’s Obama would surprise his wife, music blasting from a boom box a la Say Anything.

11:45 pm: It’s usually not bedtime until after midnight, but Obama will definitely have to have an early start to the next day. Plus one more night of hanky panky in the White House doesn’t sound awful…