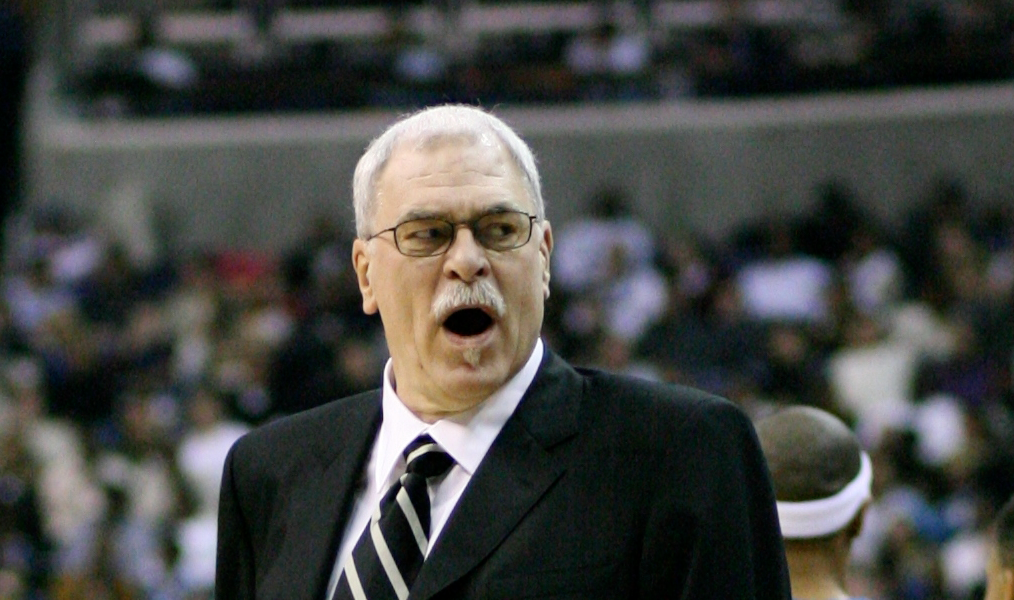 Things were going so well for the Knicks lately. The team was on a four game winning streak playing the type of basketball fans have been craving for. A matchup with the reigning champion Cleveland Cavaliers was up next and it would serve as a litmus test for how good the Knicks currently are. Then Phil Jackson opened his mouth and everything went left. Not only did Jackson poke the GOAT LeBron James with an insanely idiotic “posse” comment. Being in New York for three years Jackson should know the first unwritten rule of NYC–mind your business.

In case that wasn’t enough here is what Jackson had to say about Carmelo Anthony’s propensity to hold onto the ball when speaking with CBS Sports:

“He can play that role that Michael Jordan and Kobe Bryant played. That’s a perfect spot for him, to be in that isolated position on the weak side. Because it’s an overload offense and there’s a weak-side man that always has an advantage if the ball is swung.

Carmelo, a lot of times, wants to hold the ball longer than — we have a rule, if you hold a pass two seconds, you benefit the defense. So he has a little bit of a tendency to hold the ball for three, four, five seconds, then everybody comes to a stop. That is one of the things we work with. But he has adjusted to it, he knows what it can do and he’s willing to see its success.”

The first part of the quote has been taken out of most stories reporting the story and for good reason, they want Jackson to look bad. Even with the full quote Jackson manages to sound like an anus. This is a quote you hear from a coach after a tough loss not an executive whose team is currently on a winning streak facing their toughest test. That’s the equivalent to the promoter of a boxer saying ‘don’t drop that shoulder too much or you’ll get knocked out’ minutes before a fight. It messes with a player’s psyche. At the time of the comment Carmelo had his best scoring game of the season and was showing serious signs of passing the ball.

All of this nonsense came full circle last night when the Knicks and Cavs stepped on the floor. A pissed off LeBron treated this like a playoff game and hit the Knicks with a haymaker of reality–they may be better than they were last year, but they are not touching the Cavs at any level. After he was done slaughtering the Knicks–25 points, 6 rebounds, 7 assists in 32 minutes while shooting 70-percent from the field–he and Kyrie were seen on the bench flipping water bottles and laughing.

As for Carmelo, he had a dreadful night. Coming off a season-high 35 points the night before in Miami he was held to 8 points, 4 rebounds, and 2 assists as his buddy LeBron pummeled him into submission. Carmelo only shot the ball nine times possibly a shot at Jackson or just an ode to how quickly LeBron took him out of the game. After the game reporters said he was visibly annoyed and would not answer any questions about Jackson, only saying this:

“I don’t even know what was said, to be honest with you,” Anthony said. “I just don’t even want to talk about that, what he’s talking about exactly. I want to stay away from that at this point. My focus is my teammates and winning. We’ve been playing great basketball, and that’s the only thing I’m focused on. Whatever Phil said, he said it. I have nothing to say about that.”

No one has anything to say about Jackson, but Jackson sure does have a lot to say about his star and the league’s star. Jeff Hornacek is the right coach for this team and the results clearly indicate that. Instead of worrying about Carmelo why doesn’t he talk about Joakim Noah‘s disaster of a season? No one else seems to want to say it so I will–Phil Jackson, shut the fuck up.