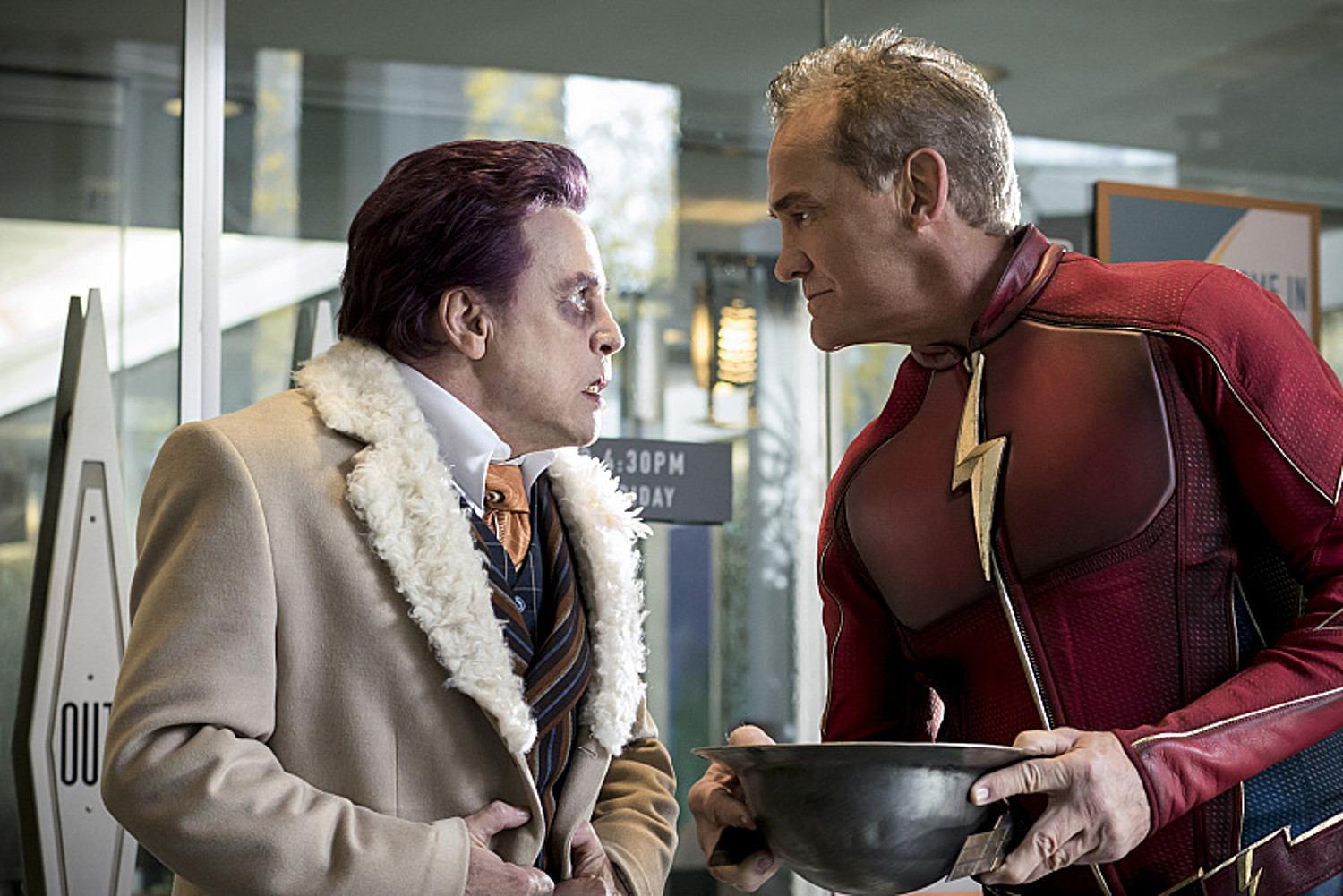 In The Flash‘s midseason finale, there was enough sweet charm to make up for a very familiar and predictable plot. After finding out that Julian Albert is Alchemy, the team used him to communicate with Savitar. They found out that Savitar is angry about Barry’s actions in the future and has come back for revenge. All of this felt very by-the-book for The Flash.

The most interesting thing this storyline did was bring Julian into the fold. He showed up at the West house for Christmas, which was a nice heartwarming touch. So far, he fits in well with the ensemble.

The little things in “The Present” are what make it an enjoyable episode. Mark Hamill returned to play Earth-3’s version of The Trickster. This was part of a plotline about Barry teaming up with Jay Garrick. They have an easy chemistry that’s always great to watch.

It was also a strong episode for Barry and Iris West’s relationship. Barry traveled to the future and witnessed a possible timeline where Savitar kills Iris. He was shaken, but Jay encouraged him to appreciate the present. So, he decided to move in with Iris.

In addition to the great romantic scenes between Barry and Iris, there were also some nice little moments between Joe West and his new girlfriend Cecile Horton. Iris and Wally West witnessing Joe kissing Cecile and joking about how it’s about time is the kind of charming scene that The Flash excels at.

Speaking of charming, this episode showed of HR Wells’ ability to sell a joke or add a little button to any scene. I loved him getting drunk at the Christmas party. But, he showed himself to be more than comic relief as he encouraged Joe to let Wally live up to his potential. HR and Wally dancing together to celebrate Wally being faster than Barry was absolutely adorable.