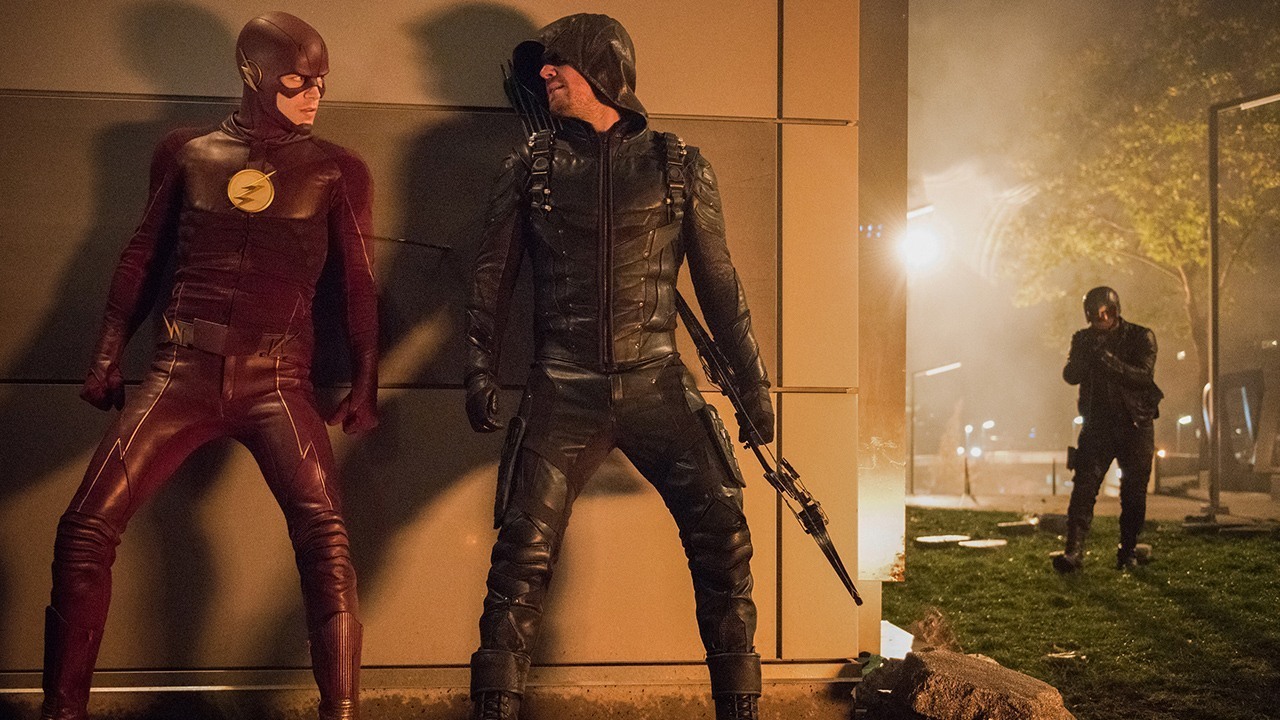 Last night was The Flash‘s crossover with Supergirl, Arrow and DC’s Legends of Tomorrow. The much-hyped event definitely delivered. Unsurprisingly, this episode wasn’t big on character and relationship-driven moments. But, it did a great job at what you expect from a crossover episode: big action scenes and fun, snappy interactions between the many characters.

Seeing superheroes fight each other is a simple pleasure and it was well done in this episode. First, we got the training sequences with Kara Danvers giving the teams a taste of battling aliens. Then, things got real when many of the heroes got brainwashed and fought Oliver Queen and Barry Allen. Obviously, everything involving Kara was awesome, but the stand out fight sequence for me was Oliver versus Sara Lance.

The most fun interactions were probably everything between Kara and Mick Rory. He insisted that he’ll refuse to call Kara “Supergirl” and will instead call her “skirt.” Then, he immediately actually cried out for Supergirl when he needed her help. He also got very excited about the idea of her using x-ray vision to see everyone naked. Seeing sweet, sweet Kara interact with that caveman was pretty great.

Everyone really ripped into Barry in this episode over the changes he made to the timeline. In fairness, Barry’s not alone in doing such things. Martin Stein discovered he suddenly has an adult daughter he’d never had before. Our heroes are messing up all over the place.

Cisco was, of course, the most angry at Barry because of the deep betrayal he still feels over Dante Ramon’s death. I’m still really enjoying this plotline. The Flash season 3 is the perfect time to complicate a friendship that has previously been kept mostly simple and pure. I think that whatever happens, the relationship between Barry and Cisco will emerge as a much richer and more interesting dynamic by the end of this season.

Read my review of last week’s episode of The Flash here.